Comment Putin’s speeches cannot be understood with reason, and for Finns they are a brutal revival to the past 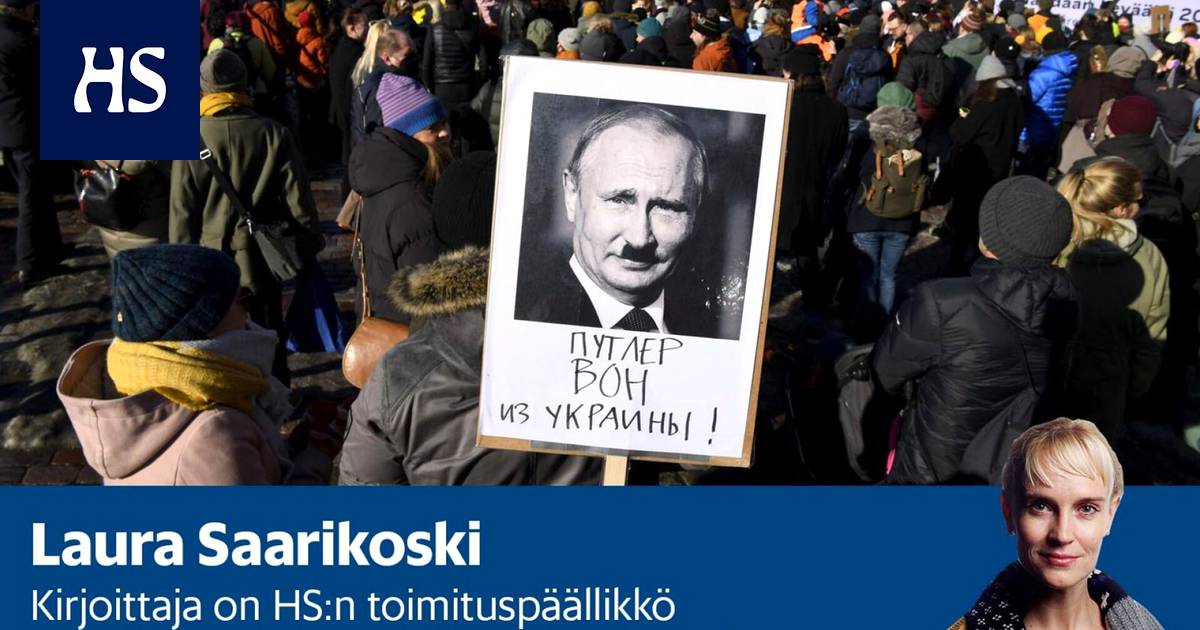 It is barbaric when the leader treats the self-esteem problems of the former great power with emotion instead of reason, with killing instead of therapy, writes HS CEO Laura Saarikoski.

Incomprehensible, irrational, illogical, mixed. These words have described the President of Russia in recent days Vladimir Putin speeches and deeds in Ukraine.

Among other things, Putin has called the Ukrainian leadership neo-Nazis and drug addicts and claimed that Ukraine had committed genocide and wanted nuclear weapons.

The whole attack on Ukraine seems “irrational,” as does the professor emeritus of international law Martti Koskenniemi said to HS – now to attack the neighbor with fictitious charges, to push his own country into the rejection of the world and to punish its citizens with the consequences of sanctions.

Read more: “Putin is crazy, that’s for sure,” says a Ukrainian veteran diplomat who met with the president

Putin seems irrational. Indeed, his actions should not be judged by the measures of reason, as we are used to doing.

President JK Paasikivi stated that the Kremlin has no district court. Opponents of Russia, therefore, cannot rely on law, reason, or justice.

Putin in speeches it is a matter of nationalist propaganda aimed at evoking emotion. For some Russians, they obviously work. His works, on the other hand, are about pure power: let the strongest prevail, the weakest give way.

In recent decades, we in Europe have lived under the illusion that such a logic of the strongest is already a thing of the past in civilized countries. This has been believed before, as in 1914.

In recent years, Europe has learned to rely on international ties and agreements. Putin refers to them in his glove.

“In the 2020s, too, we must be prepared to defend ourselves with force if necessary – and to lose our lives.”

As a result of the attack, Europe and Finland are now forced to return to the game we imagined to have grown out of the horrors of World War II.

Sometimes we have even felt superior to Americans who have always been more willing to take up arms. However, US forces have guaranteed peace in Europe since World War II, and they will not defend Europeans without Europeans.

It means that in the 2020s, too, we must be prepared to defend ourselves with force if necessary – and to lose our lives. This is a shocking idea in a country that has been accustomed to peace and rationality for decades.

The change is also shockingly rapid. The idea of ​​a great war in Europe a week ago sounded barbaric.

It is precisely barbaric when a leader treats the self-esteem problems of the former superpower with emotion instead of reason, with killing instead of therapy.

Digimon World may return with a remake or remaster, Survive still with no release date