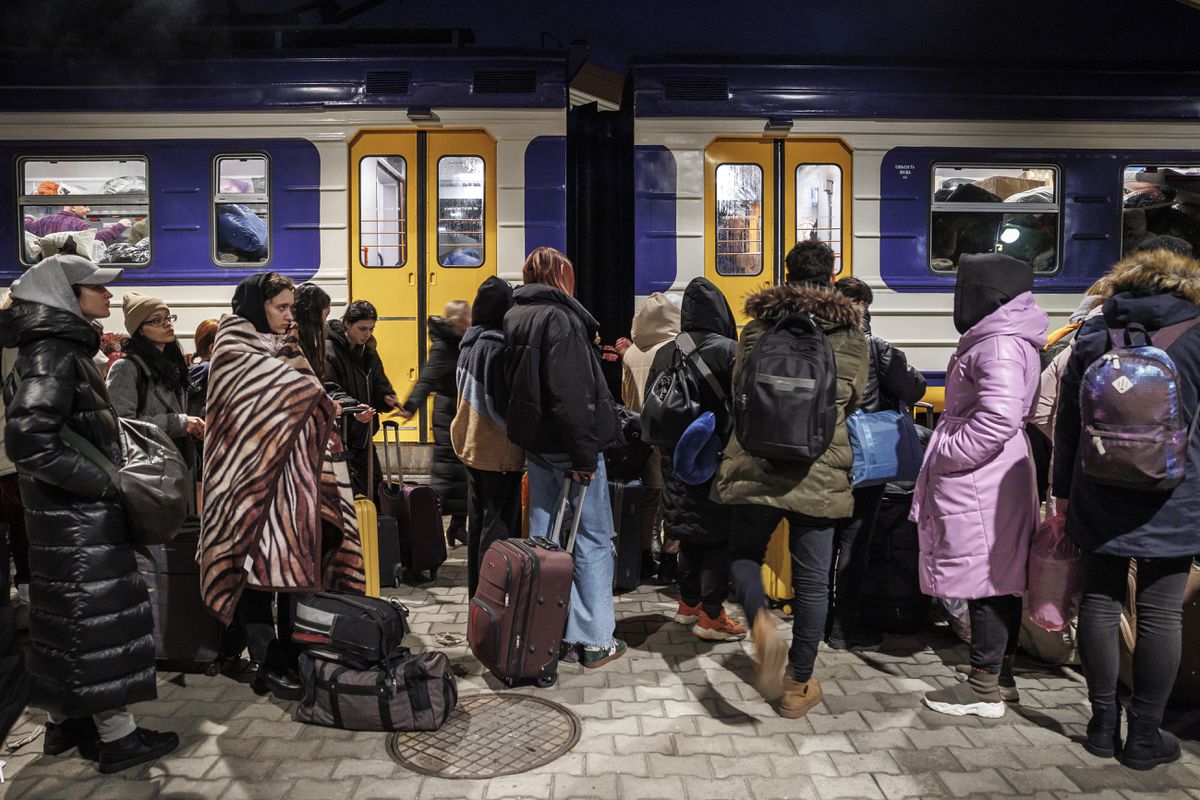 To historical times, historical decisions. The European Commission announced this Sunday that it is going to immediately propose the activation of a directive, never used, that allows the entry into community territory of an unlimited number of people fleeing a catastrophe. The decision seeks not only to facilitate the arrival of hundreds of thousands of Ukrainians besieged by the bombings of Russian President Vladimir Putin, but also to allow them to remain in the EU for at least one year, a renewable term if necessary.

“The time has come to activate the international protection directive,” said the European Commissioner for the Interior, Ylva Johansson, at the end of an extraordinary Council of EU Interior Ministers held this Sunday in Brussels. The French minister, Gérald Darmanin, who holds the six-monthly presidency of the Council, added that the proposal will be discussed at the next formal meeting of ministers, scheduled for next Thursday. Both Darmanin and Johansson have been convinced that it will go ahead “because at this Sunday’s meeting there was a large majority in favor.”

The directive that grants international protection to refugees throughout the community territory was approved in 2001, after the exodus caused by the Balkan wars after the disintegration of Yugoslavia. The rule guarantees reception when there is “a massive influx of displaced persons from third countries who cannot return to their country of origin.”

Once their application is approved, a decision that is expected this Thursday, Ukrainians seeking refuge will have the right to remain in the EU for at least one year, a period that can be extended up to three years if necessary. During this time, the host State has the obligation to offer new arrivals the necessary social assistance (such as food and medical care), allow them to work if possible, and access to education for those under 18 years of age.

The rule, in force for more than 20 years, had never been applied despite the serious migratory crises experienced in recent years, the most recent being that of Syria in 2015. The European Parliament had called for its use several times, but it was never had considered it opportune until now to activate that mechanism.

The invasion of Ukraine by Russia and the consequent war that began on February 24 has cleared the doubts of most EU countries about the activation of the directive. Different United Nations agencies estimate that the conflict initiated by Putin could cause up to four million people to leave Ukraine and affect the humanitarian needs of 18 million Ukrainians.

The European commissioner for crisis management, Janez Lenarcic, pointed out after the ministers’ meeting that “these are estimates but, in any case, they will be large figures and we must be prepared for a phenomenon of historic proportions”.

Johansson recalled that most Ukrainians have a biometric passport, which gives them the right to enter the EU without a visa and stay for up to 90 days. “But we have to be prepared for the 91st or if the number of arrivals increases considerably.”

The United Nations High Commissioner for Refugees, Filippo Grandi, has estimated this Sunday at 368,000 arrivals of Ukrainians in Poland, Romania, Hungary and Moldova (a country that does not belong to the EU). Data compiled by the European Commission indicates that between February 24 and 26, 156,000 people from Ukraine entered Poland, with the pace accelerating day by day despite the difficulties of crossing the border. The Commission’s information indicates that the average time for the crossing varies between 20 and 70 hours for each refugee.

See also  LIVE | RIVM: Booster for those who have already been vaccinated halves the chance of omikron, Gommers remains an OMT member for the time being

The passage is much faster, just one hour, between Ukraine and Hungary, according to the same source. Until Saturday, 21,666 Ukrainians had arrived in that country. The figure rises to almost 38,000 in the case of Romania, the EU country with the most kilometers of border with Ukraine, followed by Poland.

Johansson has indicated that many of the Ukrainian refugees are already moving to countries other than the country of entry thanks to the fact that they can travel through the Schengen zone without a visa. In the case of Romania, for example, half of the arrivals have already left the country for another destination, in many cases, to places in the EU where relatives or friends reside. Johansson has pointed out that the most likely destination for these second movements is Poland, where almost a million and a half Ukrainians reside. And the Ukrainian community is also very important “in Italy, Portugal, Spain, Germany and the Czech Republic”, pointed out the Commissioner for the Interior.