Boris Johnson was hospitalized for an operation for sinusitis 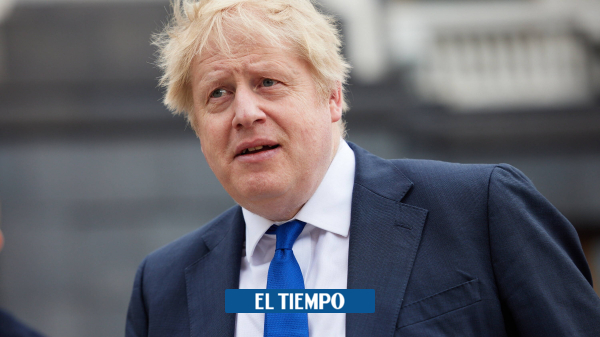 (Also read: Boris Johnson ‘will move on’ after internal crisis in his party)

Johnson “arrived at the hospital around 6am and the operation was carried out” immediately, a spokesman for the prime minister said.

“I was back in Downing Street just after 10am,” he added.

The prime minister, who turned 58 on Sunday, is now resting at home and is scheduled to attend Tuesday’s cabinet meeting, the spokesman said, stressing that the operation had been planned “for a long time.”

Johnson was seen in recent days breathing as if he had a bad cold.

The spokesman did not specify in which hospital the prime minister underwent the operation, but said it was done under the NHS.

In April 2020, the British Conservative leader spent several days in hospital, including three days in intensive care, after contracting covid-19.

During that hospitalization, then Foreign Minister Dominic Raab had acted as head of government.

Raab, who is now justice minister and deputy prime minister, and Simon Case, Britain’s top official, had been briefed on Monday’s operation in advance, the spokesman said.

In recent weeks, the prime minister has come under strong pressure to resign due to the Downing Street party scandal during the pandemic, and had to face an internal motion of censure from his parliamentary group, which, however, he managed to overcome.

‘We look forward to working with President-elect Petro’: Antony Blinken

France: keys to understand the result of the legislative elections

Five places in the world that offer unusual benefits to repopulate

Janet Barboza remembers the past of Magaly's husband: "He had a trial for food"