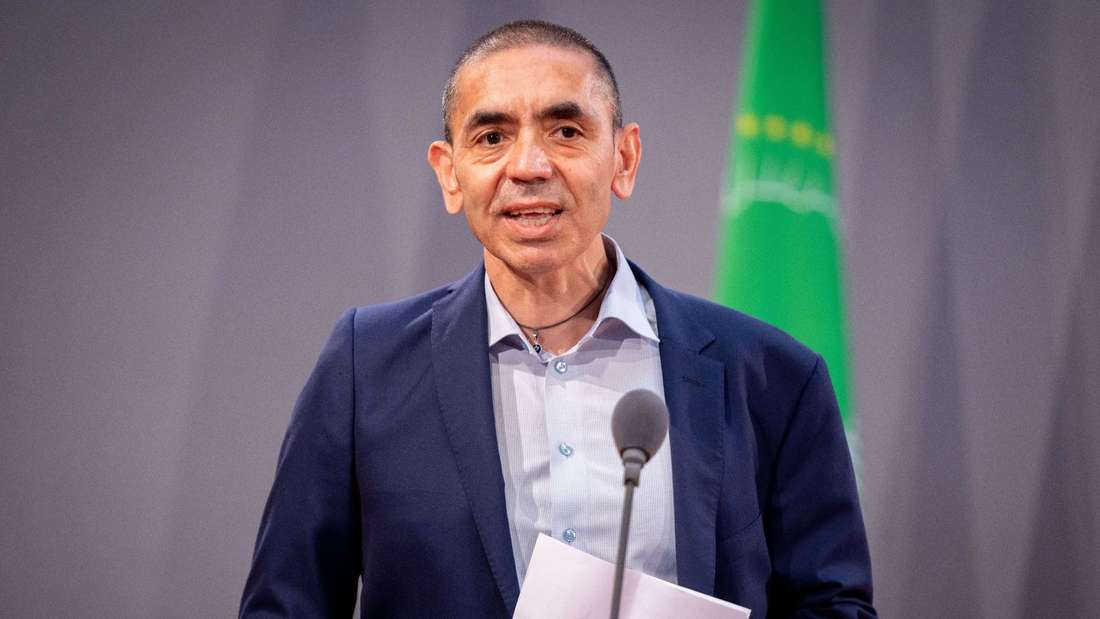 Biontech assumes that there will be continued high demand for its corona vaccine. A version tailored to the newly emerged virus variant could be available as early as March.

Mainz – The Mainz-based pharmaceutical company Biontech and its US partner Pfizer have started production of a corona vaccine adapted to the Omikron variant for later commercial use.

This was announced by Biontech boss Ugur Sahin on Tuesday at a health conference of the US bank JP Morgan. A clinical study on the vaccine will begin at the end of January. “We assume that we will be ready to deliver to the market by March if the official approvals are in place.”

The European Medicines Agency (EMA) has not yet stated whether it considers a vaccine adapted to Omikron with a different composition than the vaccine currently used to be necessary.

Pfizer CEO Albert Bourla also told the US broadcaster CNBC on Monday (local time) that the company had started producing the customized vaccine at its own risk. He does not know whether the remedy is needed or how it is used. “But we will be ready,” said Bourla.

The coronavirus vaccines currently used by various manufacturers were originally developed against the so-called wild type of Sars-CoV-2, which was first discovered in China at the end of 2019. While the agents used since the turn of the year 2020/2021 also showed their effect against later virulent mutants such as Alpha or Delta, it could look different with Omikron.

For the year 2022, Biontech and Pfizer expect a production capacity of up to four billion vaccine doses worldwide. “We expect that there will also be strong demand for our vaccine in 2022,” said Sahin in his online presence.

The pandemic situation is currently still unclear and it cannot be foreseen which virus variant will appear next. “But it is very likely that an omicron vaccine will also increase the immune response against all existing variants,” said Sahin.

According to Biontech, there is still a long way to go from a pandemic to an endemic development, i.e. to a less serious situation than at present. Safe predictions are not possible, said Sahin. Due to its spread all over the world, the coronavirus has a huge reservoir for new variants that could spread quickly.

Omicron Vaccines: What Are The Pharmaceutical Companies Planning For?

Omikron Vaccines: What Are The Pharmaceutical Companies Planning For?

EMA ahead of decision on approval of vaccine Novavax

Last year, Biontech and Pfizer reportedly manufactured around three billion doses of vaccine worldwide. The market share for December 2021 was estimated at 80 percent in Europe and 74 percent in the USA. For the financial year 2022, Biontech estimates sales from the corona vaccine alone at 13 to 17 billion euros, for the financial year 2021 at 16 to 17 billion. This sum corresponds to the sales forecast for 2021 presented at the beginning of November. The figures for the fourth quarter are not yet available. dpa

The death of the rat "Magao" .. mine finder

‘I want to save France, so that our daughters won’t all wear a headscarf’