As of 1 February, the municipality of Amsterdam will suspend its collaboration with the program director of the city’s 750th anniversary, Lennart Booij. According to Mayor Halsema, if Booij were to be hired after this date, his remuneration would exceed the European tender limit of 215,000 euros. “It is evident that the tendering process should have started earlier,” Halsema wrote in a letter to the city council on Friday evening.

The ‘lack’ in the tender was revealed by questions from journalists following a publication in Propria Cures. The student weekly requested documents via the Government Information (Public Access) Act (Wob), which show that Booij declared a total of 190,000 euros (excluding VAT) from the municipality in 2020 and 2021 for his work as program director of ‘Amsterdam 750’, which will be celebrated in 2025. is becoming.

Halsema regrets the suspension of the collaboration with Booij, whose ‘dedication’ is, according to her, ‘great satisfaction’. The municipality will immediately start a new tender. She attributes the error to the lack of a “warning system” in the municipal organization. Booij himself does not want to answer questions about the situation that has arisen. “I don’t think I’m qualified to do that, I didn’t cause this problem.”

Booij has been hired externally by the municipality of Amsterdam since February 2020, according to the Wob documents. His fee is 10,000 euros per month (excluding VAT) for twenty hours of work per week. The contract was awarded to Booij privately, although the municipality of Amsterdam must put out to public tenders according to its own rules for external hiring above 50,000 euros. In some cases it is allowed to deviate from the own rules, in contrast to the European rules.

According to municipal secretary Peter Teesink, the deviation from his own policy was justified in this case, because setting up the festivities for Amsterdam 750 is ‘a very special assignment’, which ‘besides content and knowledge also requires a good network in Amsterdam’. “This knowledge and competence is scarce,” said Teesink in his request.

The contract with Booij was initially valid until October 2020 and was then tacitly extended, Halsema writes, “to leave the decision on the further hiring of Booij to a new board.”

See also  The collapse of the government is a problem for the telecommunications: no postponement for the maxi-installment

In the contract, which according to Halsema “by mistake” is not included in the Wob documents of Propria Cures However, it stated that Booij could be hired for a maximum of 24 months. The new Amsterdam council will only take office this spring, after the council elections in March.

In response to inquiries from Propria Cures, held by NRC, the municipality said earlier that Booij “has been asked to be involved with Amsterdam750 until October 27, 2025, as an external program director.” That was a “mistake,” a spokesperson now says. “Wanting to answer too quickly and not doing a double check.”

Lennart Booij, co-founder of campaign agency BKB, works as an independent advisor, chairman and art dealer and is a crown member of the Council of Culture. He is a good acquaintance of Halsema: in 2018 he belonged to the group of confidants that secretly trained her for her application for mayor. The team also included former D66 senator Alexander Rinnooy Kan and the now deceased campaign guru Erik van Bruggen.

See also  I had covid, should I take the booster dose of the vaccine or wait?

The Amsterdam city council previously came under fire for external hiring: in 2020 it turned out that the municipality spent more than a fifth of its salary budget on external consultants and interim workers – twice as much as the municipality aspires to. There was also a lot of criticism of the generous severance package of former municipal secretary Arjan van Gils.

Employees of the Armed Forces of South Korea recorded the launch of ballistic missiles from the DPRK in the direction... “YouTube Shorts” and a new feature .. Get to know it

For example, if your video is about cooking, you can include audio cooking lessons. Or give feedback on funny videos... 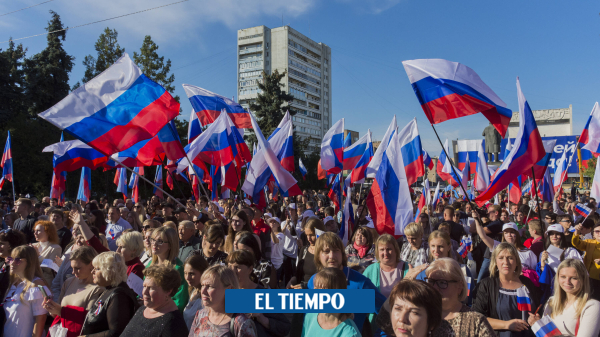 Virologist is now surprised and also talks about possible side effects