Abu Dhabi Police warns against not adhering to the lane 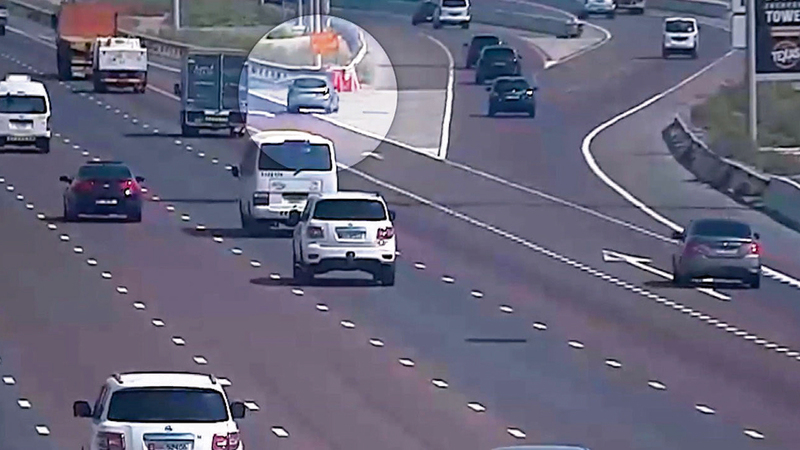 Abu Dhabi Police is participating in the unified traffic awareness campaign at the state level, under the slogan “Your commitment to ensure your safety.” The strategic priority is to make roads safer and to enhance compliance with the traffic law.

The Director of the Traffic and Patrols Directorate, Brigadier General Muhammad Dhahi Al-Hamiri, stated that the campaign focuses on educating road users and community members, and familiarizing them with the most prominent violations and wrong behaviors committed by motorists, in the areas of sudden lane change, illegal violations, which affects traffic safety levels, and the occurrence of traffic accidents. traffic accidents.

He stated that the campaign addresses community members in several languages, and focuses on raising awareness through the media and social networking sites, with the aim of promoting traffic culture, urging road users to abide by traffic laws, adhere to their own paths, and observe the rights of others, to reduce the rate of traffic accidents to the lowest levels. To achieve the vision of the Federal Government and the Ministry of Interior, that the UAE be one of the best safe and secure countries in the world.

See also  Turned onto the Autobahn: Deadly ghost drive on the A40 with two dead probably on purpose

Al-Humairi urged drivers to adhere to the prescribed speeds, and to give way to vehicles with priority to pass, coming from the rear, or from the left side, stressing that the left lane is intended for overtaking, and the driver of the vehicle should be careful to follow the traffic rules, if he begins to overtake, and stressed that Overtaking is a major cause of traffic accidents.

He stressed the need to adhere to the mandatory lane at traffic intersections, and road entrances and exits, and to be careful to prevent the abuses committed by some drivers, which cause traffic accidents and lead to severe injuries.

He explained that what is meant by the obligatory lane for vehicles is the obligatory travel on the established lane (the designated lane), through traffic and traffic signs, whether they are signs or ground signs.

The Directorate confirmed that it, in cooperation with its partners, is closely following up the monitoring of violations and violations and their nature, and the extent of their impact on traffic safety, and published videos on the social media platforms of the Abu Dhabi Police, as part of the ongoing efforts to enhance traffic awareness.

See also  Monza: Pilotto imposes himself on Allevi and gets the victory

Pokémon Scarlet and Violet may not contain the full national Pokédex