Why did Bolsonaro order the heart of Emperor Pedro I to be brought from Portugal? 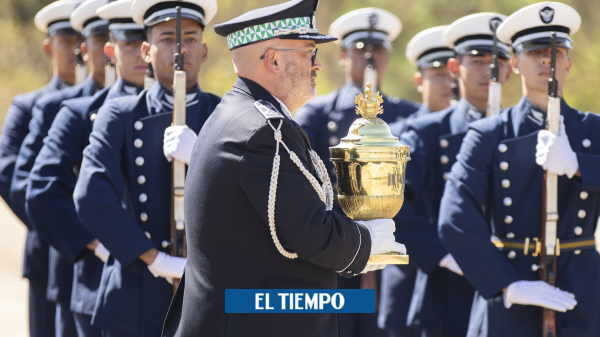 The heart of Emperor Pedro I arrived in Brazil this Monday from Portugal, requested by the Government of President Jair Bolsonaroto commemorate the Bicentennial of the country’s Independence, which will take place on September 7.

Preserved in formalin for 187 years, the heart of the first emperor of Brazil was transported from Porto on a plane from the Brazilian Air Force accompanied by three Portuguese authoritiesin addition to a representative of the Brazilian Government.

(See also: Brazil: why the country registers its biggest drop in inflation since 1980)

The organ, which left Portugal for the first time and arrived in the country inside a golden urn, was received at the Brasilia air base with the honors of a head of state and taken under a strong security scheme to the Itamaraty Palace, the Headquarters of the Ministry of Foreign Affairs.

At the Foreign Ministry, the relic of “Don Pedro I” will be exhibited starting Thursday as part of the tributes for the 200 years of the country’s independence and will return to Portugal on September 8.

The heart of Don Pedro I is received with military honors upon his arrival today at the Brasilia Air Base (Brazil).

“Called a liberator, this legitimate icon of Brazilian independence was a leader far ahead of his time, a visionary and courageous leader who publicly challenged the court of the metropolis in favor of the interests of Brazil,” said the Minister of Defense, Paulo Sérgio Nogueira, member of the reception committee, receiving the relic.

Called a liberator, this legitimate icon of Brazilian independence was a ruler far ahead of his time, a visionary and courageous leader.

“Today we owe the existence of Brazil as a free nation to the daring decision made by Pedro I and to the dedication of so many others who gave themselves to that ideal,” he added.

The then Prince Pedro was responsible for the Independence of Brazil by declaring on September 7, 1822 that the country would no longer continue to be a colony of Portugal and was proclaimed Emperor Pedro I of Brazil.

The emperor’s decision not to return to Portugal to take over as king of that country allowed Brazil to obtain its independence without the need for a war.

This is not the first time that the mortal remains of the emperor have been presented to commemorate the independence of Brazil, since in 1972, during the dictatorship, part of the skeleton of Pedro I was exhibited in several cities in the country before being deposited in the Monument to Independence, in Sao Paulo.

Minister Ollongren in Kiev: 'Even more support for Ukrainians'