War of Ukraine Zelenskyi has demanded a no-fly zone over Ukraine, but the demand has been sharply rejected in the West: “It would be a military intervention,” says Inka Niskanen, chief teacher of air warfare 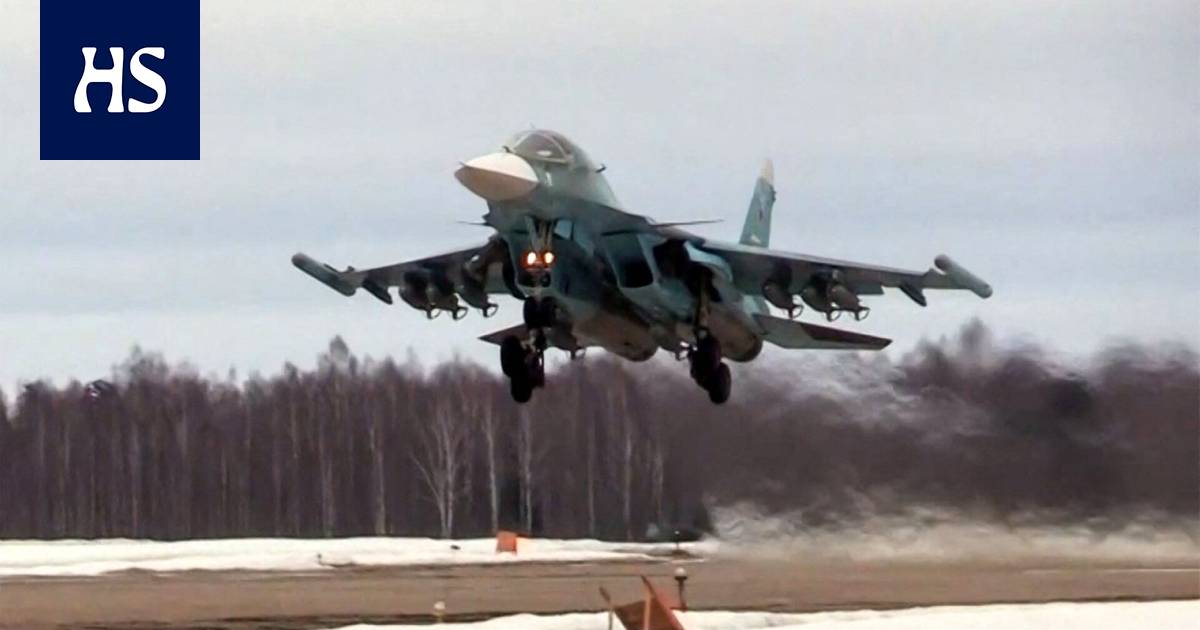 “How many feet, hands and heads have to be torn apart and exploded into pieces before you set up a no-fly zone? How many? Say it. I’m going to count them for you myself, ” he has appealed.

He has said he discussed the matter over the phone with, among others, the German Chancellor Olaf Scholzin with: “I emphasized the need to close the sky over Ukraine,” Zelenskyi tweeted in early March.

During the war no – fly zone (in English no-fly zone) prohibits the flight of military aircraft in a certain area. The aim is to protect civilians from airstrikes.

The no-fly zone does not protect against firing rockets and missiles fired from the ground.

A no-fly zone should not be established unless it is under military control. So someone should shoot down Russian planes if they break the flight ban and fly over Ukraine.

In practice, that would mean NATO or the United States. A non-supervised no-fly zone should not be credible.

For now President Zelensky’s petitions have been sharply rejected in Europe and the United States. This is justified by the fact that a no-fly zone would inevitably lead to the spread of war between Russia and NATO.

Read more: There are no good options in the Ukrainian war

Secretary General of NATO Jens Stoltenberg said on Friday that NATO members do not want NATO planes in Ukrainian airspace.

See also  Last minute of the Russian invasion of Ukraine, live | Zelensky accuses Moscow of wanting to “erase” Ukraine and warns that bombs will not defeat it

“NATO is not seeking war with Russia,” he said.

British Secretary of Defense Ben Wallace also made it clear that Britain did not intend to help set up a no-fly zone, as firing on Russian planes would trigger a Europe-wide war.

Why Ukraine’s war would most likely escalate if a no-fly zone were established?

According to Breedlove, the establishment of such a zone in eastern Ukraine, for example, would mean that NATO or some kind of anti-Russian coalition would have to fly in that area and destroy all weapons that could fire on the area and damage its own aircraft.

“It means bombing enemy radars and missile systems on the other side of the border,” he said.

“And you understand what that means. It’s the same thing as war. ”

For reporters recently held in the background A representative from the U.S. Department of Defense was asked what the risks would be in the no-fly zone. The anonymous spokesman did not even start speculating but referred to what the President of the United States Joe Biden Has said. According to Biden, American troops will not be sent to fight in Ukraine.

“And that includes a no-fly zone,” a Defense Department spokesman said.

“If a no-fly zone were set up, we would be in a fight. That is not going to happen. ”

Also the press secretary of the White House Jen Psaki has said the idea is not good. Biden does not want to take the risk of the United States going to war with Russia.

Air warfare Chief Teacher, Lieutenant Colonel Inka Niskanen The National Defense College says that if someone tried to establish a no-fly zone over Ukraine, that party would inevitably become a party to the war in Ukraine.

“It would be a military intervention,” he says.

“A no-fly zone will not be established unless it is also monitored.”

Controlling airspace the size of Ukraine would require about a hundred military planes, according to Niskanen. Estimates from the United States have been even higher. In addition, thousands more would be needed to refuel, arm and service the machines.

“Zelenskyi hopes that NATO will take part in the defense of Ukraine, ie keep the airspace clean. My assessment is that this will not be seen, as escalation would be inevitable. Ultimately, Ukraine is alone, ”says Niskanen.

“I don’t see a situation where NATO would take such a step.”

If the control of the no-fly zone also meant the destruction of Russia’s air defense, the use of force should be extended beyond Ukrainian airspace.

“There are serious concerns that monitoring the no-fly zone could lead to escalation, even at the nuclear level,” Sophy AntrobusA researcher at the Freeman Air and Space Institute at King’s College London, wrote recently In The Guardian. He referred to the President of Russia Vlamidir Putin unpredictable reactions.

Ukraine a no-fly zone would be more demanding than the no-fly zones in the world in recent decades. It would not be a matter of securing peace or a civil war, but a traditional war in which one state has attacked another. In addition, the other party would be Russia.

In recent history, there have not been many no-fly zones.

After the Gulf War, the United States and its allies declared two no-fly zones north and south over Iraq. This was done because of the Iraqi leader Saddam Hussein troops fired on Iraqis from helicopters. The control of Iraqi airspace required enormous resources, as it only ended in 2003. Between 1991 and 1993 four Iraqi planes were shot down.

Bosnia and Herzegovina was a no-fly zone between 1993 and 1995. It was decided by the UN and controlled by NATO machines.

In 2011, the UN Security Council established a no-fly zone in Libya. The intention was to prevent arbitrariness Muammar Gaddafia from bombing his own people who are rebelling. When making a decision the Security Council referred Possible crimes against humanity in Libya. Russia and China abstained.

In Syria, which is still suffering from unrest, a no-fly zone was not established during the war, although the president Bashar al-Assadin the air force killed civilians by dropping horrific barrel bombs on the cities that hit where they happened. In addition, Russia has supported al-Assad by bombing Syrian hospitals, among others. So there would have been grounds for a no-fly zone, but the United States still feared a direct conflict with Russia.

President of Santa Fe gives 'waiting time', after defeat in the classic