War of Ukraine HS data: Government plans to set up large-scale Ukraine fist to focus on economic and security problems caused by crisis 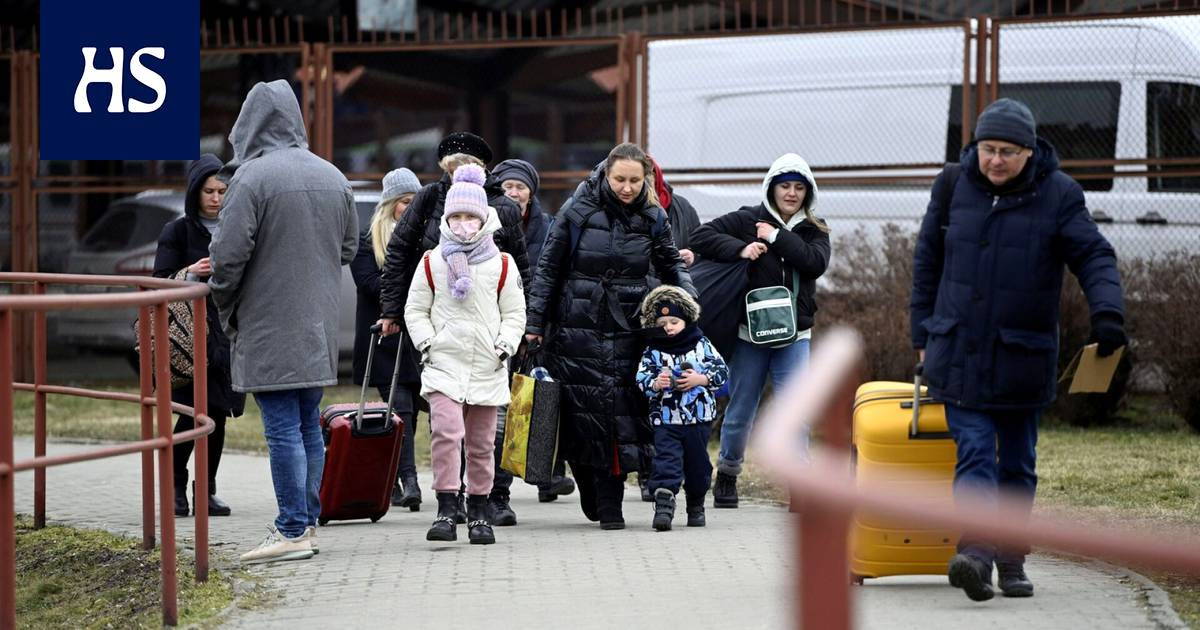 The government is preparing supplementary budgets for Ukraine, which will rapidly strengthen at least cyber security.

Government Due to the war in Ukraine, it plans to set up an economic group consisting of several ministries, including the Bank of Finland.

According to HS, the group’s task would be to find out and coordinate what economic and security-of-security measures Finland needs to prepare for in the current crisis, which began when Russia invaded Ukraine last week. The crisis is expected to last a long time.

At issue would thus be a Ukraine fist or grapple preparing for the economic problems of the crisis from different angles, as is often needed during a coronavirus crisis.

Fist is a misnomer in that the group does not belong to security or foreign policy, but to the economy and security of supply of Finland and Finns.

It is known that a formal decision on the group has not yet been made.

According to HS, the group is still being assembled and it is not entirely certain who it will end up in.

Likely the group would be led by the Ministry of Finance and would consist of at least civil servants and possibly also ministers.

The aim is for all ministries and authorities to have common information, so that different parts of the state administration do not act on the basis of different information than in another. It would follow the impact of the war on, among other things, the finances of private individuals, companies, the macroeconomy or, for example, the price of a government loan.

The group would prepare a common picture and a forecast of what to prepare for at board meetings. According to preliminary plans, it would also submit proposals for measures to the government.

The group might also consider how Finland should act in the various EU Councils of Ministers. EU-level policies on energy and raw materials are particularly important.

Raw material prices will rise, so Finland needs to think carefully about how it reacts to various EU-level decisions that affect prices and or subsidies to citizens.

The group the work should be used when the government decides on supplementary budgets related to the war in Ukraine.

The government is currently preparing the first so-called supplementary budget for Ukraine.

The government has asked various ministries for estimates of what more money is urgently needed because of Russia’s hostilities.

There are no decisions on the amounts, as the work of the ministries was still in progress at least on Wednesday.

The first supplementary budget for Ukraine is expected to be completed in March.

Spring During this period, the government may have to support at least state-owned companies, increase defense and cyber security funding, and provide more money for security of supply and agriculture. More money is also likely to be needed to receive Ukrainian refugees.

According to HS, the first supplementary budget for Ukraine is likely to provide money at least to strengthen cyber security.

It is in a hurry because strengthening cybersecurity requires rapid recruitment of experts in short supply.

In the next budgets, the government should also provide more support for agriculture in crisis.

The largest The chairmen of the parties broadly supported the increase in Finland’s defense budget at Yle’s A-studio on Tuesday.

“Can we afford not to do that?” prime minister Sanna Marin (sd) said when asked if Finland could afford to increase its defense budget.

The Treasury minister Annika Saarikko (Central) noted that there have been investments in the Defense Forces in recent years, but he believes the Department of Defense will make presentations on urgent additional needs and medium-term needs. According to Saarikko, a discussion with the Ministry of Defense is scheduled for the end of this week.

Read more: Annika Saarikko: The need for additional money for the Defense Forces will be negotiated on Friday

Zuria Vega's son will be able to wear his sister's princess dresses, "in my family there is no judging"