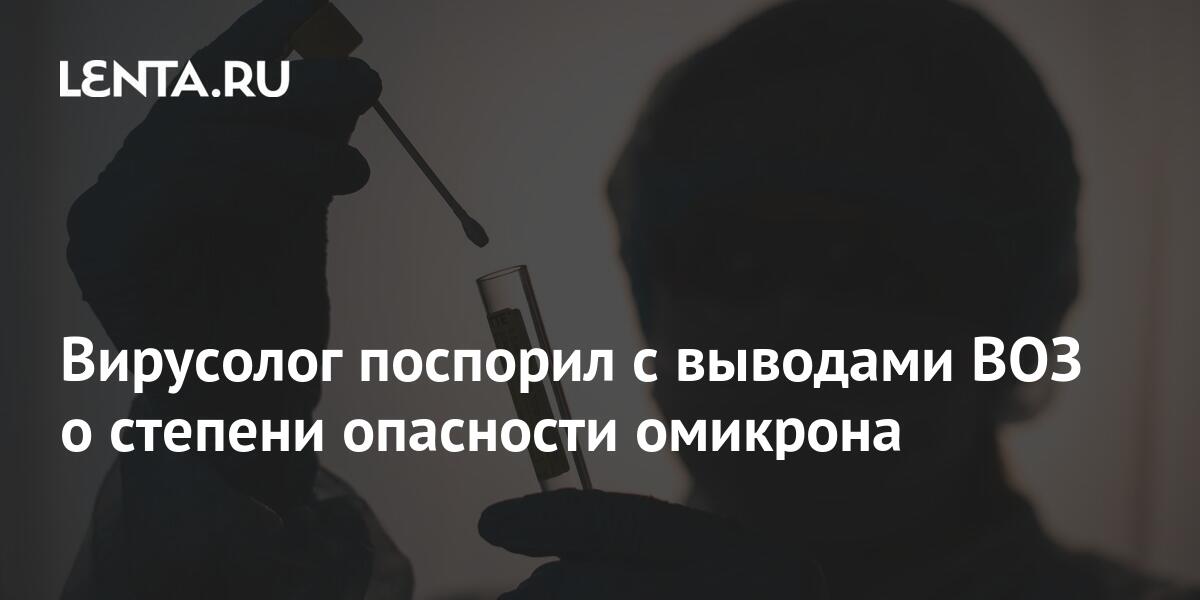 Omicron cannot be considered a less dangerous strain of coronavirus, since its reduced lethality is offset by increased infectivity. With the conclusions of the representative of the World Health Organization (WHO) Melita Vujnovich about the degree of danger of the new option, the virologist of the Gamaleya Center, Doctor of Medical Sciences, Professor Anatoly Altshtein argued, he shared his opinion in a conversation with Lenta.ru.

He also noted that the mortality rates that are currently observed in Russia are related to the delta strain, and not to the omicron. According to him, people who fell ill in late December or early January are dying. Further, Altshtein believes, experts will observe the development of the situation with the omicron strain. At the same time, lethality may decrease, or may remain at the same level, the professor said.

See also  Farmer Ivan doesn't know if he can still harvest grain: 'No idea if we can ever repair this damage'

“Lethality, as the ratio of the dead to the sick, is declining. But the number of deaths may remain the same due to the large number of infected, ”Altstein explained.

Earlier, the WHO representative in Russia, Vujnovich, reported that there is evidence that omicron may not be more dangerous than previous strains. At the same time, she stressed, this does not mean that he should be taken lightly. The specialist recalled that vaccines protect well against the severe course of the disease in the first six months, but over time, their protection decreases.

Over the past day, 30,726 new cases of coronavirus were detected in the country – this is the maximum since December 10, 2021. The total number of people infected since the beginning of the pandemic has reached 10,834,260.