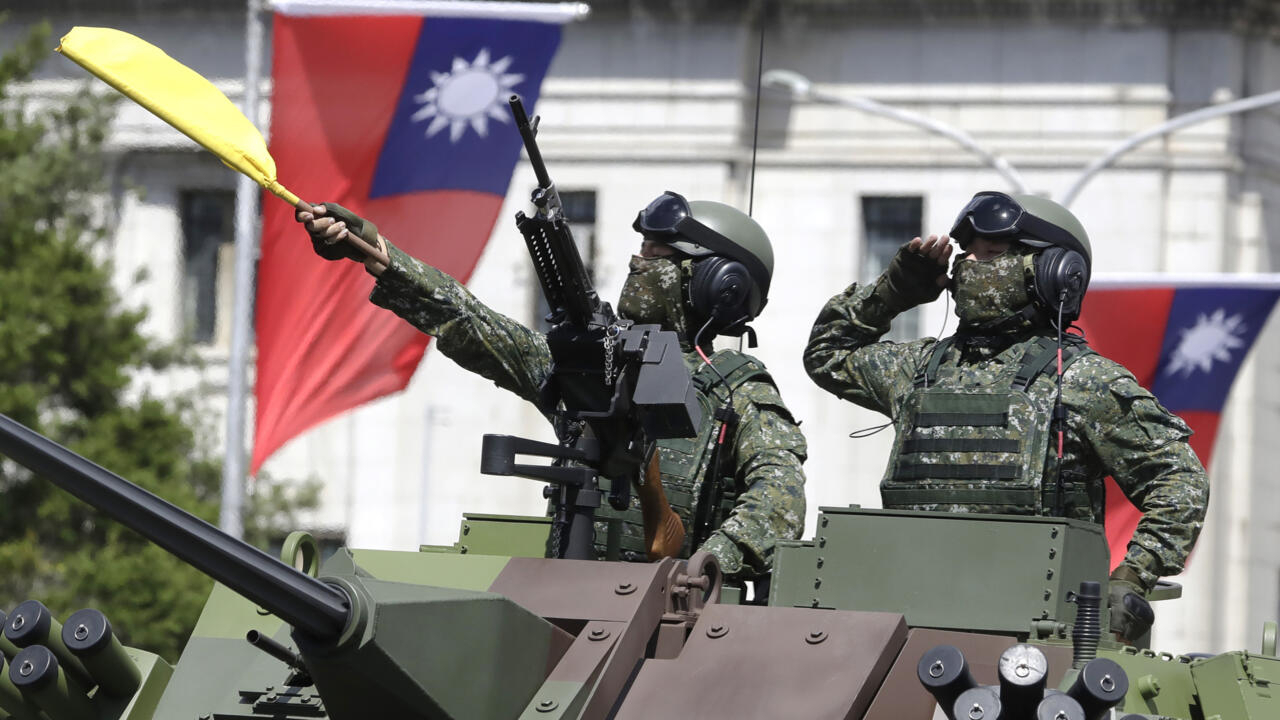 As the West spends billions in aid to support Ukraine’s offensive against Russia, concerns are mounting about the imminent possibility of a Chinese invasion of Taiwan. US President Joe Biden said on Monday that the United States would intervene militarily if the self-governing island was attacked by mainland China. But is Beijing ready to mount a full-scale takeover of Taiwan and succeed?

Biden’s unequivocal comment on Taiwan came at a news conference with Japanese Prime Minister Fumio Kishida during a visit to Tokyo, when the president responded to a question about whether, contrary to his approach to Ukraine, he would use force. military to defend Taiwan.

“Yes… that is the commitment we made,” Biden replied. “The idea that (Taiwan) could be taken over by force…it would dislocate the entire region and it would be another action similar to what happened in Ukraine.”

The US president’s clear response distanced himself from the traditional stance of strategic ambiguity: a decades-long US policy of deliberate vagueness regarding the defense of Taiwan in the event of a Chinese invasion.

But as Taiwan reported a worrying increase in provocative military activity from Beijing, with spikes in overflights by Chinese military aircraft over the island’s air defense identification zone, senior US and European Union officials have expressed openly support the island, whose plight has also drawn comparisons with Ukraine.

The White House was quick to retract Biden’s remarks, denying that the President’s comments represented any change in policy, but not before they drew the ire of Beijing, whose Foreign Ministry expressed “strong discontent and staunch opposition.” within hours.

“Biden wants to send a strong message of deterrence to Beijing,” says Mathieu Duchâtel, director of the Asia program at the Montaigne institute. “I wanted to show Beijing that while the United States has refused to intervene directly in the Ukraine war, it is determined to help Taiwan in the event of a Chinese invasion.”

All of this rhetoric begs the question: How feasible is a Chinese invasion of Taiwan right now?

Invading Taiwan would be ‘extremely difficult for Beijing’

China’s defense budget, currently at $229 billion, has allowed it to boost research and development of new weapons systems, aircraft carriers and military exercises, with an emphasis on strengthening its navy. Currently, the Asian giant has considerable military capabilities that would allow it to intervene in and around Taiwan, explains Antoine Bondaz, director of the Taiwan program at the Foundation for Strategic Research.

“China’s military spending has increased sevenfold in the last twenty years, and these efforts will continue. Today, there are an estimated 10,000 Chinese marines. It is projected that there will be 100,000 by 2027.”

In the short term, these growing resources are still too limited to imagine a total invasion and control of Taiwan, says the researcher. “But if Beijing continues at this rate, it will have the necessary resources in a couple of years.”

Although China may far outnumber Taiwan in its military arsenal and manpower, in terms of strategy such an invasion would still be “extremely difficult for Beijing”, says Mathieu Duchâtel.

“The Taiwanese, not even taking into account the US intervention, have a great response capacity and could inflict heavy losses on Beijing in the event of an amphibious or aerial landing attempt.”

In fact, Taiwan has also increased its defense spending, allocating an additional $8.6 billion in January on top of a record annual defense budget dedicated to purchasing long-range precision weapons and warships.

Both sides learn lessons from the Ukraine war

The Taiwanese Defense Ministry has also been closely monitoring Russia’s invasion of Ukraine and has said it will incorporate the lessons of the war into its military exercises. Taiwanese officials and analysts have said that Ukraine’s resistance against the Russian military is huge and that it reminds of the importance of asymmetric warfare and reservists.

The Chinese are also learning about the conflict in Ukraine, causing them to reassess their hopes for a quick “blitzkrieg” operation whereby “reunification” by force would be possible after a few days, says Duchâtel.

“The Chinese saw the failure of the Russian blitzkrieg. Therefore, this forces them to rethink their military options regarding Taiwan and removes the risk of a short-term operation. We also do not know if Chinese forces could hold Taiwan in the event of an invasion.

Towards an escalation in Taiwan-China relations?

Although an imminent Chinese invasion of Taiwan in the short term seems unlikely, “the status quo could change at any moment,” says Duchâtel.

The researcher points to two key events as pivotal to the evolution of Taiwan-China relations: the 20th Congress of the Chinese Communist Party in the second half of 2022 and Taiwan’s parliamentary elections scheduled for January 2024.

Could tensions rise during this period? “Currently, Taiwan, under the presidency of Tsai Ing-wen, takes a very cautious approach towards Beijing,” explains Duchâtel. “But this reaffirmed US protection, coupled with China’s declining image on the international stage, could lead Taiwan to take greater political risks. Today, it does not appear that we are moving in that direction. But it is a possibility.”

The international community must play a deterrent role

China’s goal of conquering Taiwan has always been clear, says Bondaz. As the mainland builds up military power, the threat to Taiwan grows, and if Beijing doesn’t have the means to launch a successful attack now, it will in a couple of years, by 2025, according to some estimates.

The researcher thus insists on the role that the international community must play to dissuade China from using force. “They have to make Beijing understand that the cost, in human, military and geopolitical terms, is prohibitive.”

Biden’s comments serve as a more direct warning than any the United States has issued to China about Taiwan in decades. “He underlined the difference between Ukraine and Taiwan,” says Duchâtel. It remains to be seen how this deterrence will play out concretely as the tense relationship between Taiwan and China evolves.

*Adapted from its English version 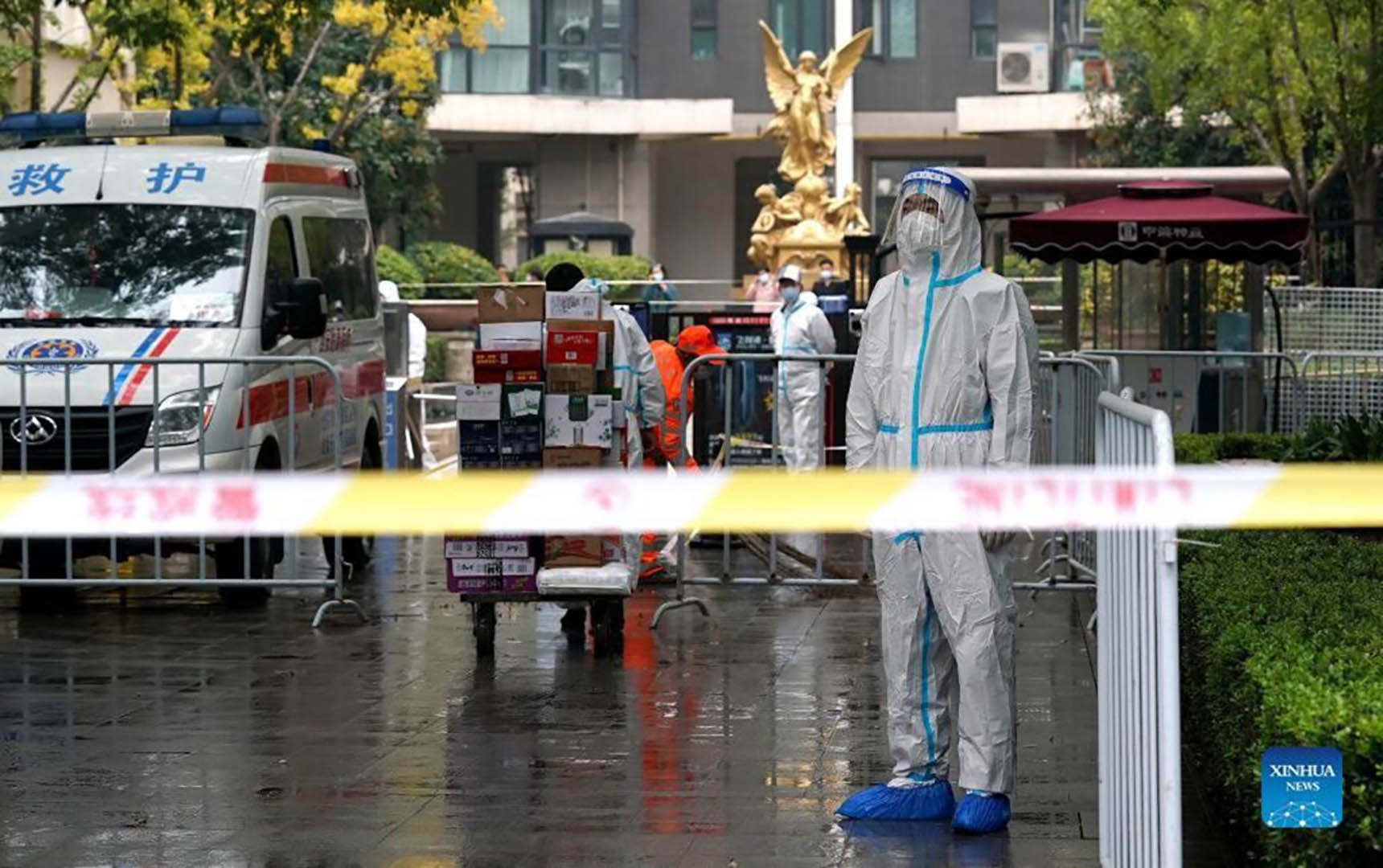 Courtois: "Those who vote only look at who has won titles"