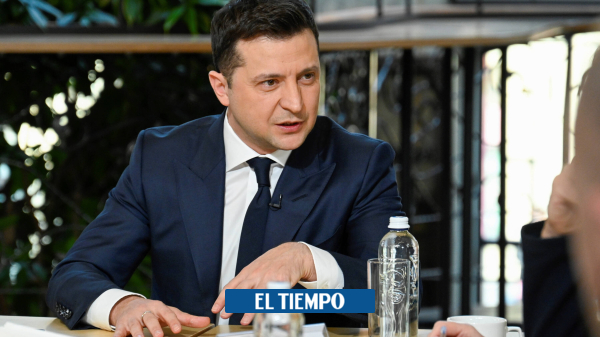 The president of Ukraine, Volodimir Zelensky, announced on Thursday that his country breaks diplomatic relations with Russia. after the military aggression against Ukrainian territory ordered by the head of the Kremlin, Vladimir Putin.

“This morning has gone down in history, but this history is absolutely different for our country and for Russia. We have severed diplomatic relations with Russia,” he said.

Like the other Soviet socialist republics, Ukraine became independent in 1991 from the Soviet Union, which disappeared in December of that year as a subject of international law.

Russian-Ukrainian relations deteriorated since the Russian annexation of Crimea and the Kremlin’s support for the armed uprising in Donbas (2014).

Zelensky also stressed that the Ukrainian Army is engaged in “heavy fighting” throughout the national geography from “Donbas to other regions of the east, north and south.”

“The enemy has suffered heavy losses and will suffer even more. They have come to our land,” he said.

And he stressed that the state bank and the Ukrainian financial system have “sufficient resources” to guarantee the defense of the state and “the interests of Ukrainian citizens.”

Earlier, the president ordered his army to inflict “the greatest possible losses on the invader” after Russian attacks on several Ukrainian regions.

“The commander-in-chief of the Ukrainian Armed Forces ordered to inflict the greatest possible losses on the invader,” the Army said in a statement.

The events that led to the breakup

The break in relations occurred after Russian President Vladimir Putin announced the start of a military operation in eastern Ukraine. that he justified in protecting people from “abuses and genocide” that he said they have been subjected to by the Ukrainian government for eight years.

“The people’s republics of Donbass approached Russia with a request for help. In connection with this (…) I made a decision to conduct a special military operation. Its goal is to protect people who are subjected to abuse, genocide from the Kiev regime for eight years, and for this we will seek to demilitarize and denazify Ukraine and bring to justice those who committed numerous bloody crimes against peaceful people, including Russian nationals,” Putin said in a televised address.

Putin noted that Russia does not plan the occupation of Ukrainian territories, but supports the right of the peoples of Ukraine to self-determination.