Tutorial: this is how you can take a screenshot on a Mac computer 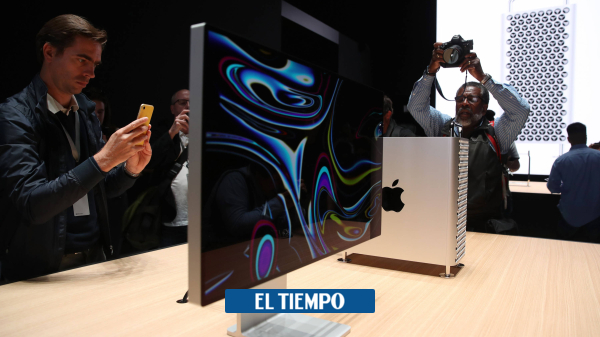 We tell you step by step how you can do a screenshot of your computer Mac, how you can take a partial shot and where you can find these images.

(You may be interested: Let’s talk about metaverses: what are they, how many are there and what do you look for with them?)

How to take a total screenshot?

In this case, you must press the arrow keys. ‘Shift’ + the ‘Command’ button + the number 3.

Once this step is completed, the person will see a thumbnail image of the capture at the bottom of the screen, so the user can click on it and edit it, if they wish.

(We recommend you read: Vaccination and tax reform, among the most searched this year on Google)

How to capture only part of the screen?

For this process, the person must hold down the arrow keys. ‘Shift’ + ‘Command’ + the number 4.

With this, the person will see the cursor of the mouse as a small cross, which you can drag in the area of ​​the screen that you want to have the image of. To move the selection, press and hold the space bar. If you want to cancel the capture, just press the key Esc.

How to capture a screen window?

The keys must be pressed at the same time ‘Shift’ + ‘Command’ + the number 4 + the space bar. With this, the user the cursor will be transformed into a camera icon and will be able to take a screenshot of only the window in which the person is.

Where can you find the screenshots?

Users will be able to find the screenshots on the computer’s ‘Desktop’. These images are saved including the date and time they were taken.

(Plus: Three Free Basic Programming Courses You Should Know About)

– Changes in WhatsApp: all new chats will disappear, if you want

– Instagram reverses a decision on the way it presents publications Mourinho: "The many cards make us look like killers. I need the transfer market"