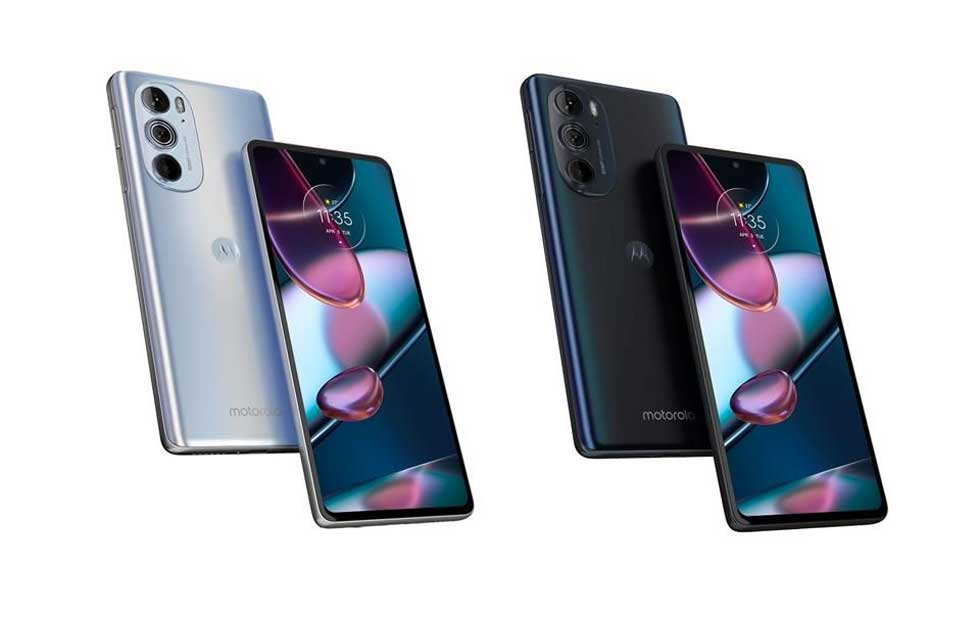 The chipset includes features such as Snapdragon Elite Gaming, which focuses the capabilities of the processor to deliver a smooth gaming experience. Compared to the previous generation, you’ll get 30 percent more power and 25 percent more efficiency with the Qualcomm Adreno GPU.

According to Motorola, the applications will improve their performance up to 4 times and the energy consumption would be more efficient to extend the life of the 4,800 mAh battery.

The smartphone will include a TurboPower charger that would offer hours of charge in minutes and will be compatible with 15W TurboPower wireless charging. The motorola edge 30 Pro will also be compatible to share its power with other devices wirelessly.

The 6.7-inch Max Vision Oled screen has an FHD resolution and the most attractive thing is that it has a refresh rate of up to 144Hz, which gives greater fluidity.

Among the novelties, the new motorola edge 30 pro has an additional accessory: a smart pen with an adaptable folio, which will be used to take notes, navigate, edit or perform other tasks.

Folio with smart pen is sold separately or as a bundled package, although availability varies by country.

Regarding the cameras, the motorola edge 30 pro incorporates two 50MP cameras, with a main camera that takes photos with 32 times more focus pixels using Instant All Pixel Focus technology, while the second 50MP sensor is an ultra wide angle .

For extreme close-ups, the same sensor will work for macro photography, allowing the subject to be captured as close as 2.5cm. And for portraits, the smartphone features a third 2MP camera.

For video enthusiasts, it can record in 8K resolution with support for HDR10+, to display images enriched by a billion shades of color.

On the other hand, its front camera boasts 60MP to capture faces in great detail. It has Quad Pixel technology, which combines 4 pixels in 1 for 4 times higher sensitivity, with improved results in low light conditions.

In audio, it has a system of two stereo speakers with Dolby Atmos, to enjoy music, series and movies with deeper bass, clearer voices and a cleaner sound, despite turning up the volume.

To make multitasking easier, the smartphone will feature Ready For, the platform that turns the phone into a mobile computer by connecting to external devices, via a cable or wirelessly.

With Ready For, users can display a mobile game on a larger screen, or use apps on a desktop monitor for work.

Ready For PC has received some updates, as it now works on both Windows 10 and Windows 11 and will make it easier to connect by personalizing the experience, accessing two operating systems on one screen, or transferring files between connected devices.

The motorola edge 30 pro will have a pure Android 12 operating system and through My UX, users will be able to have personalized functions, such as gestures or through some entertainment settings.

The new motorola edge 30 pro will be available in cosmic green and stardust white colors. In North America it will be presented as motorola edge+ and will have a launch price of 900 dollars, although its regular price will be one thousand dollars, approximately 20 thousand 780 pesos, according to the current exchange rate.

The price and availability of the motorola edge 30 pro has not been confirmed for Mexico.