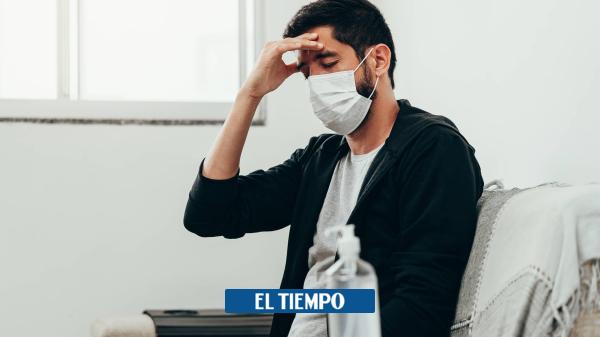 Several countries in the world have decided to lift the health emergency due to the coronavirus. Along with this measure, some governments have decided to eliminate the mandatory use of face masks in closed spaces.

(Read here: The order to wear face masks on public transport in the US is revoked.)

However, there are others who continue to apply the mask measure as a health hygiene policy., and warn that the virus has not disappeared.

As of this Wednesday, for example, the Spanish take off their masks, as confirmed by the Executive of Pedro Sánchez a few hours ago.

Spain approved this Tuesday the new norm that will eliminate it in interior spaces, except in health centers, nursing homes and in all transport, a measure that most European countries have already adopted.

(You may be interested in: Brazil ends the health emergency due to covid-19)

On May 20, 2020, the mandatory use of the mask was imposed in Spain to stop the coronavirus pandemic: Almost two years later, Spaniards will once again be able to look each other in the face indoorssomething for which, however, other European countries will have to wait.

In ItalyAccording to the roadmap for the elimination of restrictions approved by the Government, it is expected that as of May 1, the obligation to wear a mask in closed places will be eliminated.

But experts are divided and have called for a rethink: the virus is still circulating and cases are trending down, but very slowly..

The Italian Minister of Health, Roberto Speranza, reiterated that masks are still essential. It does not seem that next May 1 will see a total elimination: schools should be an exception and for students the obligation should be maintained until the end of the year, as well as in theaters or cinemas.

See also  Columns Voluntary restriction of options increases well-being - This is evidenced by the routine I started in 2015.

In Greece It has been decided to wait until the Orthodox Holy Week is over.

As of May 1, the obligation to show the covid passport disappears, but not the use of masks indoors, which will only be eliminated on June 1 and not everywhere.

Outdoors it has ceased to be necessary for more than a month, except in crowds, for which a “strong recommendation” applies.

In Portugal, The Government extended until April 22 the declaration of alert for covid-19, the lowest level of response to catastrophes, that requires the use of face masks in interior spaces and transportand carrying out a negative test to enter residences and hospitals for those who do not have the third dose.

(See also: Covid-19: What do the low numbers of the pandemic in the country mean?)

Several European countries have eliminated the use of masks.

Where is it no longer mandatory?

In Francethe masks ceased to be mandatory indoors on March 14, although there are exceptions to that rule, such as public transport, health centers or nursing homes.

The justification given is that a significant decrease in the epidemic pressure in hospitals had been confirmed.with respect to the peak experienced due to the omicron variant in December and January.

The truth is that there was a rebound in cases at the end of March and that since then hospital admissions have been increasing, although more moderately than in previous waves.

In Englandthe most populated region of the United Kingdom, the face mask ceased to be mandatory on January 27, although it is still recommended to wear them in closed spaces with people, such as stores or on transport, although many people choose not to do so.

In Scotlandthe obligation to wear a mask was lifted this Monday and it is no longer mandatory in Northern Ireland and Wales, although it is advised everywhere to cover your face in some situations.

In Belgium, Indoor masks have ceased to be mandatory since March 7, the day after which they are required only in public transport, hospitals and nursing homes, although the recommendation for people at risk is maintained, for the general population in closed places of access to the public and outdoors when the safety distance cannot be guaranteed.

(Read here: Johnson gives explanations to Parliament after being fined)

In mid-February, the mandatory use of masks outdoors and indoors for children under the age of twelve had already been eliminated.

Netherlands On March 23, the obligation to wear masks in public transport was eliminated, which was actually the last restriction still in force in the country against covid-19, so its use is now only required on planes and in the interior space located after the security control of the airports.

In Germanythe mandatory use of the mask indoors was abolished in the whole of commercial life, as well as the restoration, in mid-April.

It is only mandatory in public transport, pharmacies, medical consultations, hospitals and nursing homes, in addition to strongly recommending its use in establishments where the commonly recommended distance of 1.5 meters cannot be kept.

In the whole of the Nordic countriesthe obligation to wear a mask indoors disappeared between January and February.

Polandwhere practically all restrictions were also lifted at the end of March, the mandatory use of a mask in medical centers is maintained.

Austria it only requires the use of the mask in public transport and taxis, as well as in basic needs stores, but not, for example, in a clothing store or in entertainment venues. The obligation is maintained in hospitals and nursing homes, as well as in religious institutions, but not during rituals such as mass..

See also  Protests in Ecuador: UN asks to respect the right to demonstrate

Turkey Since the beginning of March, a relaxation of the anticovid regulations has been applied, eliminating the obligation to wear a mask in open spaces, as well as indoors if they are well ventilated and distance can be kept.

The mask is still mandatory, and in routine use, on public transport and in movie theaters and similar spaces, although the Ministry of Health has announced new steps towards normality for the coming days or weeks.

The authorities warn that the virus has not gone away and that hygiene measures are essential to prevent new infections.

In United StatesA judge declared the federal obligation to wear face masks on public transportation in the United States illegal on Monday, prompting airlines to immediately update their rules, after several weeks of court battles.

In Brazil, The Brazilian Minister of Health, Marcelo Queiroga, justified this Monday the end of the state of “emergency” in force since 2020 due to covid-19, but clarified that this does not mean that the pandemic has ended, since the virus “continues to circulate “.

In Paraguay, The Government lifted this Monday the health emergency in force since March 2020 due to the pandemic, which put an end to the mandatory use of the mask due to the decrease in infections and deaths from the virus.

The decision was announced at a press conference by the head of the Civil Cabinet, Hernán Huttemann, and the Minister of Health, Julio Borba, after a meeting held by several members of the Executive with the Paraguayan president, Mario Abdo Benítez.

Fedez confesses to Belen: "Only Fans? My wife and I have talked about it". Then the rapper reveals who he follows and she exclaims "You're a por * o"