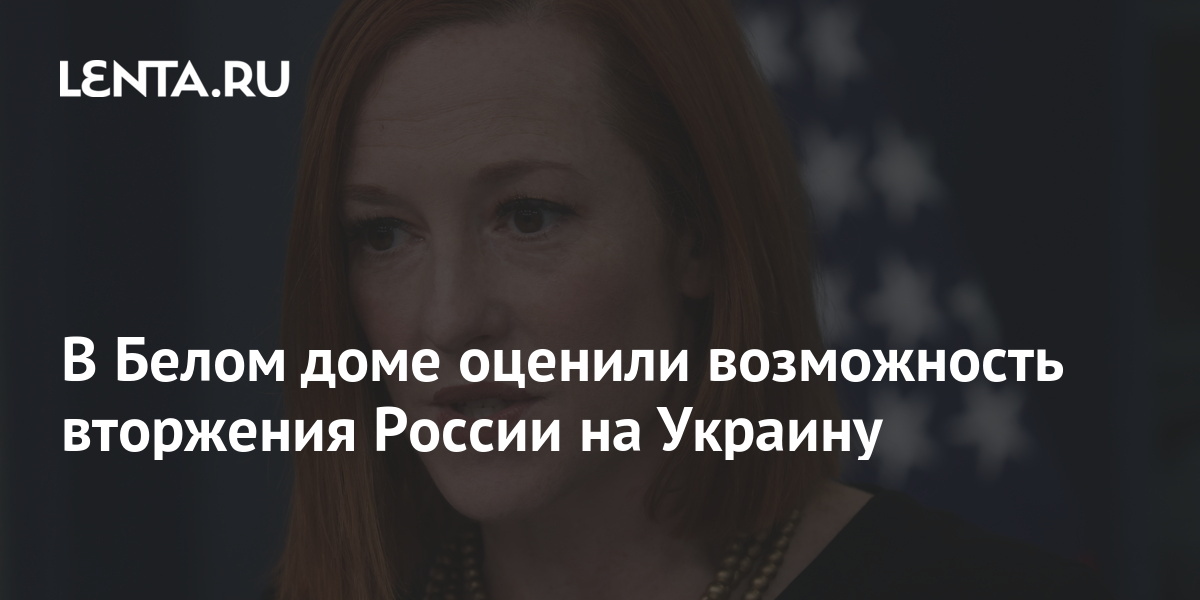 White House press secretary Jen Psaki assessed the possibility of Russia’s invasion of Ukraine. She stated this at a briefing. She is quoted TASS.

According to her, Washington has been saying since last week that Russia is preparing and building up its military presence on the Ukrainian border, and that an invasion could happen at any moment. “Our assessment has not changed since then,” the spokeswoman said.

Psaki also added that the United States cannot read the thoughts of Russian President Vladimir Putin. She noted that although an invasion could happen at any time, the US did not predict it. “U.S. President Joe Biden did not make a prediction about the timing,” Psaki added.

Earlier, a White House press secretary said that the United States is serious about attempts to diplomatically resolve the situation around Ukraine. “I think, as you’ve heard from the Secretary of State, the National Security Adviser and others, we don’t know if the Russians are playing diplomatic games, but we hope they aren’t,” Psaki said.