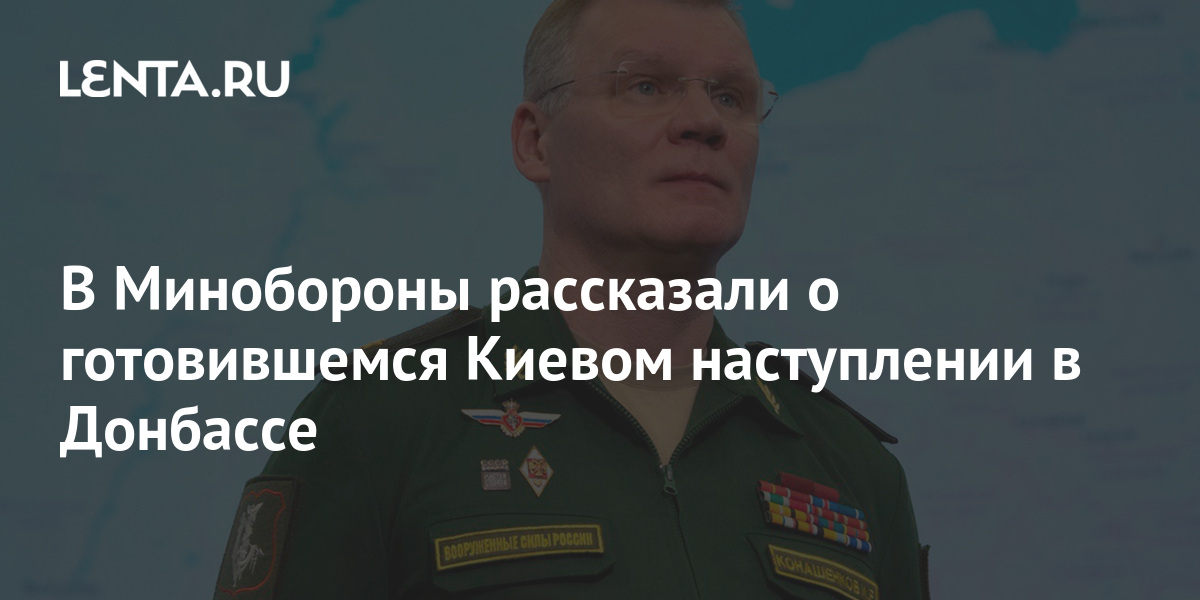 The secret documents of the command of the National Guard of Ukraine, which confirmed the preparation by Kiev of an offensive operation in the Donbass in March 2022, came into the possession of Russian military personnel. This was announced to Lente.ru by the representative of the Russian Ministry of Defense, Major General Igor Konashenkov.

The department said that the secret order of the commander of the National Guard of Ukraine, Colonel-General Mykola Balan, was addressed to the heads of the northern Kiev, southern Odessa and western territorial departments of the national guard. In accordance with the order, from February 7 to February 28, 2022, it was necessary to organize combat coordination of the battalion tactical group as part of the 80th separate air assault brigade of the armed forces of Ukraine.

This was preparation for subsequently ensuring the fulfillment of combat missions as part of the Ukrainian Joint Forces Operation (JFO) in the Donbass.

The Ministry of Defense recalled that Western media have repeatedly pointed out that Kyiv has no plans for an armed seizure of the Lugansk and Donetsk People’s Republics (LNR and DNR), however, the originals of secret military documents “unequivocally prove the falsity of these statements.”

On February 24, Russian leader Vladimir Putin announced the start of a special operation in the Donbass. Thus, Russia responded to requests for military assistance from the heads of the DPR and LPR.