“Spain would have to vaccinate its health system, strengthen it for the endemic phase” 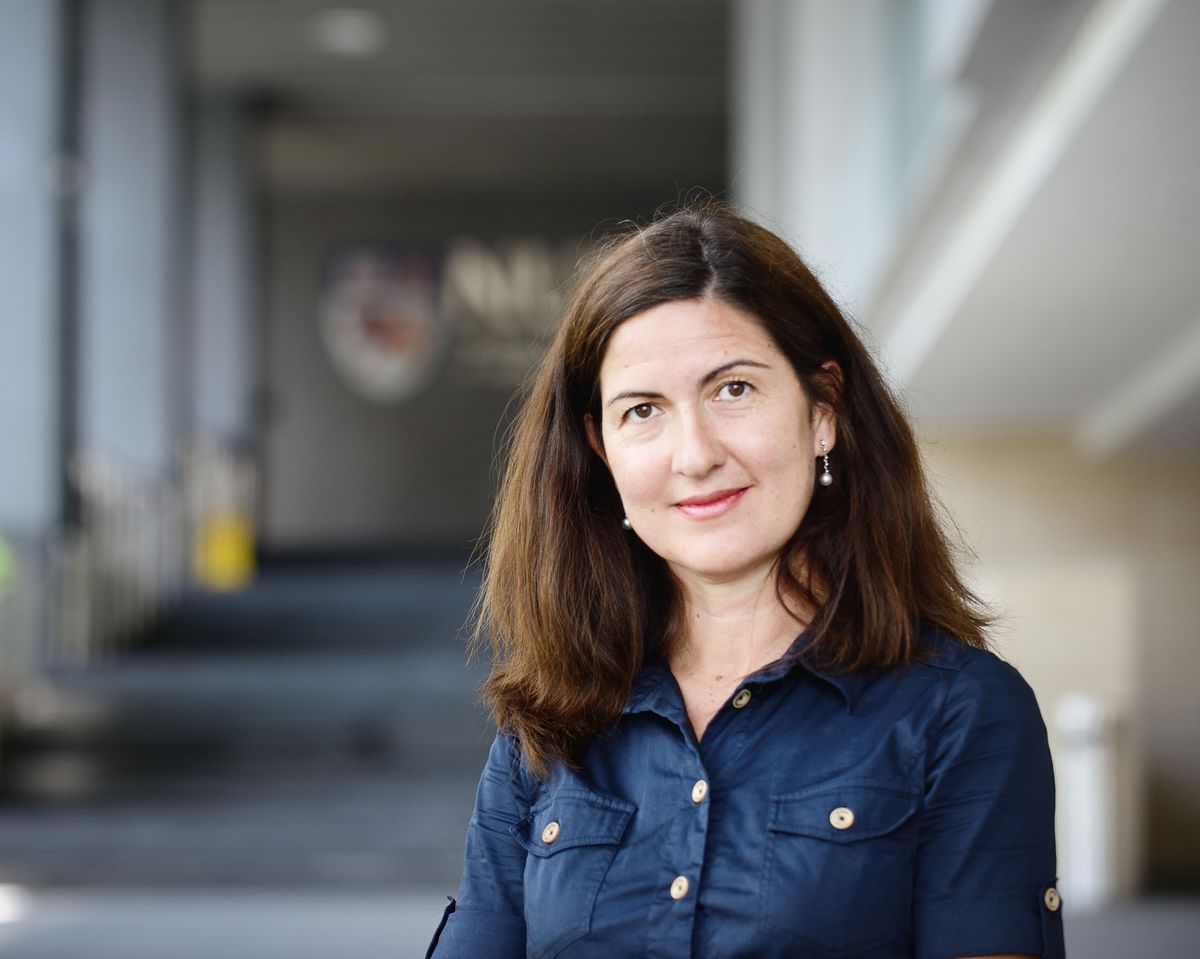 Health systems expert Helena Legido-Quigley (Barcelona, ​​45 years old) has spent the last few months reviewing the response that was given by national and international authorities to the pandemic. As a member of the Independent Panel promoted by the World Health Organization (WHO), he has had the “honor” of interviewing experts from each country, people directly involved in the response and those who made decisions at the highest level, to examine what is done right and wrong. His numerous studies, in the magazines of the group The Lancet and in the British Medical Journal, are the best roadmap for evidence-based policies during the pandemic: good and bad. Also on the reforms that are needed at the international level, “those that will later help us to avoid the next pandemic.” Professor of Public Health at the London School of Tropical Medicine and Hygiene and at the National University of Singapore, she calls for “raising the debate” beyond “short-term measures that are convenient for politicians” to focus “more on reforms than they are needed to strengthen the health system ”. In August 2020, he was part of the group of specialists who demanded that the Spanish response to the pandemic be examined, to point out weaknesses and strengths. It was never carried out, although the Government promised to do it “as soon as possible.” Now, Legido-Quigley is studying what the endemic phase of the covid will be like, when the disease remains active indefinitely among the population, to analyze what will be acceptable when living with the coronavirus. Although he regrets that the work of these studies never materializes: “Before ours, there were a dozen panels with SARS, MERS, Ebola, with recommendations that could have already been addressed. The learning is that: these exams are taken at the time of crisis and then political leaders forget to apply what they have learned ”.

Ask. What happened to the evaluation that they demanded of the Government?

Answer. Most countries have failed to assess their response. And we know that evaluation is fundamental in public health, it is part of our work. But they viewed it with fear, as a threat. In Spain, after discussing it with them, we are confident that it will be done, but it should have been done before to start the necessary reforms.

P. When they asked for this assessment in August 2020, they expected the results to prepare for a hypothetical second wave. Let’s go for the sixth.

R. It is a pity that it was not taken more urgently. We did a global pandemic response assessment in September and published it in May. And it was a much more complicated process because it was not from a single country, but from the whole world, but we were able to do it.

P. One of the good practices they recommend is to have an independent and transparent committee of experts. Here the idea did not last long.

“It’s like an iceberg: the most urgent measures are at the top, but the most valuable are under the water: strengthening primary care, public health …”

R. Unfortunately it was abandoned. The Uruguayan committee of experts worked very well; they made public reports and the government made the decisions it saw fit, explaining them. Spain has the idea of ​​introducing the Public Health Agency and it would be a good idea for it to be an independent entity, with a non-political person in charge.

P. What are the characteristics of the countries that have had the worst results?

R. Those who denied science, those who took measures without taking into account the evidence, with the clear examples of the US and Brazil. Another factor was the slow responses: acting fast, especially in the first wave, getting ahead with the measures, is essential. Countries with public systems weakened by austerity have had more problems. And not involving the community, introducing measures without taking the population into account: this is essential to generate trust in one of these aspects. Governments that introduced financial aid did better.

P. In the public debate we become entrenched in discussing concrete measures, but you point out that the decisive ones are the structural ones.

R. In the scientific community we have failed to get that message across, that there are short-term measures, but the most important are the structural ones, in the medium and long term. We have had two years to prepare it and we have not done it. It’s like an iceberg: the most urgent measures are at the top, but the most valuable are under the water: strengthening primary care, public health … Less arguing about masks and more about how many nurses need to be trained this year. The discussion should be how much more should we finance the health system, how do we strengthen primary care, how do we integrate it with hospital care … And it has been relegated by these short-term measures. I think that is very convenient for political leaders. A long-term vision is not what we have seen in this pandemic, with exceptions.

“There has not been that discussion of how many deaths are acceptable. It may seem normal to us to have 100 deaths a day, but in other countries they do not agree “

P. Some countries are already considering what the next step of the pandemic will be like. In Spain, do we need a conversation about what to do, what is the goal?

See also  Chile: what you should know about the presidential elections

R. We have been riding from wave to wave and we have learned little, although we have been improving the systems. Already many countries and experts consider that the covid is going to be endemic, but there has to be a debate to know what we consider endemic. As a society, what do we expect from the pandemic and what do we consider acceptable? There hasn’t been that discussion of, for example, how many deaths are acceptable. It may seem normal to us to have 100 deaths a day, but in other countries or cultures they do not agree. As a society it is time for us to have that debate.

P. How do you live with this endemic covid?

R. I do not have very clear answers, we have begun to study it. Leaders around the world are using that word and for each country it means a different thing. Singapore was one of the first countries to openly say that they were going to enter an endemic phase, following an aggressive containment policy that consisted of preventing community transmission. They saw that it was no longer sustainable and decided to open the country, relax the measures, but strengthen the system so that it was very agile and very fast to be able to control the outbreaks. They have impeccable public health and contact tracing: the idea is that the cases increase, that it be endemic, but be able to control it with a very high vaccination and avoid the maximum number of deaths. At the moment it is working for them, but the population is a little scared, because for them it is very new to have so many infections. But even they don’t have a formal definition.

“Spain would have to start financing the health system, to strengthen the workforce, so that it does not continue as it is now, with the minimum”

P. In addition to vaccinating people, the health system must be vaccinated, preparing it for what is coming.

See also  Mishustin appreciated the recovery of the global economy

R. I love the analogy: it’s about that, vaccinating him, strengthening the health system so that he is prepared. We waste time with dichotomies: it is not just vaccinating, it is vaccinating and strengthening the system. Being able to press the red button: when there is an emergency like omicron, the whole system has to be put to work to contain the new threat.

R. Spain should bet on strengthening its health system in the face of this endemic moment that sooner or later we are going to have to face. Now we have to pass this wave, but in addition to vaccinating its population, Spain should have already vaccinated its health system, strengthen it, prepare it for the endemic phase. It has to start financing now, to improve primary care, to strengthen the workforce, because it is necessary in the long term. And start a conversation about how we want the healthcare system of the future. We have to configure it so that it does not continue as it is now, with the minimum, but with an extra capacity.

P. And define what seems to us an acceptable endemic covid?

R. It would be good to do that work beforehand, there we could get ahead of ourselves. We could begin to define which are the indicators that we want to follow and have that discussion as a society: what would be acceptable, what number of deaths would be acceptable. Vaccinate the health system as we said, and above all involve the population in strategies that are essential for the future.

P. How should we approach this phase?

R. We are in a period of uncertainty and it is important to communicate it in an appropriate way. Having spokespersons of recognized prestige, in whom the population trusts, who explain the changes and the evidence that we have and do not have. Have a message based on data and if possible consensual. It would not be a bad idea for the minister or the president to leave together with other regional officials. If you are going to shorten the quarantine from 10 to 7 days, explain why and explain it clearly. And if there is scientific data, cite it, and if it is because as a society you cannot afford to have a million people in quarantine, then explain it.

P. But during the pandemic we have seen that rectifying penalizes politically.

R. In my conversation with the top scientific leaders in each country, they told me that proper leadership means listening to science, but also being able to recognize mistakes, apologize and backtrack. We have invested very little in risk communication; the countries that have done better had risk communication strategies before the pandemic. If it is not well explained, it can confuse the population.

For the first time since October, gas injection into UGS facilities in Europe has exceeded extraction from them

Draghi Effect: the massacres at sea are no longer indignant