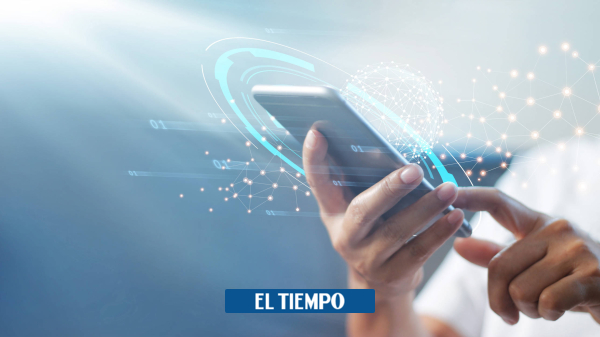 If you are in doubt as to whether the network capacity you are having on your Internet connection by your telecommunications operator corresponds to the plan you purchased, there are different applications that can help you measure the level of upload and download of the Internet that you are using.

Although, it is important to bear in mind that other factors also play a role in terms of connectivity, such as the device from which it is connected, if it is a computer with several years, it is possible that it cannot support the maximum performance of the connection, also if the access is wireless interference can occur after certain distances, so devices such as signal repeaters can be purchased, which will guarantee greater coverage in the place where you are.

(You may be interested: Ten things to consider to improve your internet connection)

Currently there are several alternatives if you want to measure the speed you are receiving at that time from your connection, there are web and mobile applications available on the internet, which are also mostly free to access.

Among the platforms you can go to to do this process are Ookla, Fast.com, SpeedCheck, V-SPEED Speed ​​Test, Speakeasy, SpeedChecker, Internet Speed ​​Meter Lite, Meteor, Speed ​​Indicator, among others.

Most platforms to measure speed are free to access.

To carry out the process, you must connect to the network you want to measure from your device, either mobile or web, and activate the measurement button. Some applications indicate the speed in MB (megabytes) and not in mbps (megabits per second), so you have to do the conversion according to the plan that you purchased from your carrier.

(We recommend you read: BlackBerry: this was the rise and fall of the pioneer of ‘smartphones’)

Also keep in mind that not all plans promise the same upload and download speeds, so this may vary depending on what they offer you in the plan. These platforms show you in detail what speeds you are having on each of these components, as well as the connection latency, which refers to how long the network takes to transmit the data, the lower the latency, the better.

In the contract that you acquire with the internet operator, you have to specify what the contracted speed is, what is the maximum capacity that you can receive according to the plan.

See also  Farc, to pay millionaire compensation for the kidnapping of Íngrid Betancourt

(Also read: Antitrust lawsuit against Meta in the US continues)

What can be done if the speed is lower than the plan you purchased?

If it is mobile internet, the user can claim for the megabytes that he could not use, but as for fixed networks sold are load stops and guarantee the speed promised in the contract.

This works like this because when it comes to installing infrastructure or selling services, operators maintain a projection of network traffic to know how much fiber is required in a building, complex or neighborhood. That is, the fiber that reaches your apartment goes through the same cable that is located inside the building.

If there are failures in the connection, the person has the right to use the service channels made available by the operators and notify the problems in the speed of the plan.

(You may be interested: Learn how to charge your Android cell phone without connecting it)

In the event that the user does not receive a satisfactory response from the company that provides the internet service, they can go to the Superintendency of Industry and Commerce (SIC), which is the entity in charge of supervising telecommunications companies.

The company has a term of 15 working days to deal with the requests, complaints and replacement resources presented by the users. In the event that the operator does not respond to this request, positive administrative silence is applied, in which the claim is resolved favorably for the user.

(Also: YouTube would be one of the main ‘fake news’ channels in the world)

Once this step is completed, the operators have a period of 72 hours to make the decision in favor of the user effective.

People can file their complaint through electronic channels on the SIC page servicioslinea.sic.gov.co/servilinea/PQRSF2 already on the phone line 018000910165.

– Netflix: learn to find hidden series and movies on the platform

– Metaverse: why there are companies that are buying virtual land

– This is how ‘Kwai’ works, the Chinese ‘app’ that pays you to use it This is how the Netherlands reacts to the end of the hard lockdown: 'Government's understanding is gone'

Hellblade 2 and Avowed at the 2021 Game Awards? We will see some gameplay, for an insider