Scholz wants to speed up housing construction and the energy transition 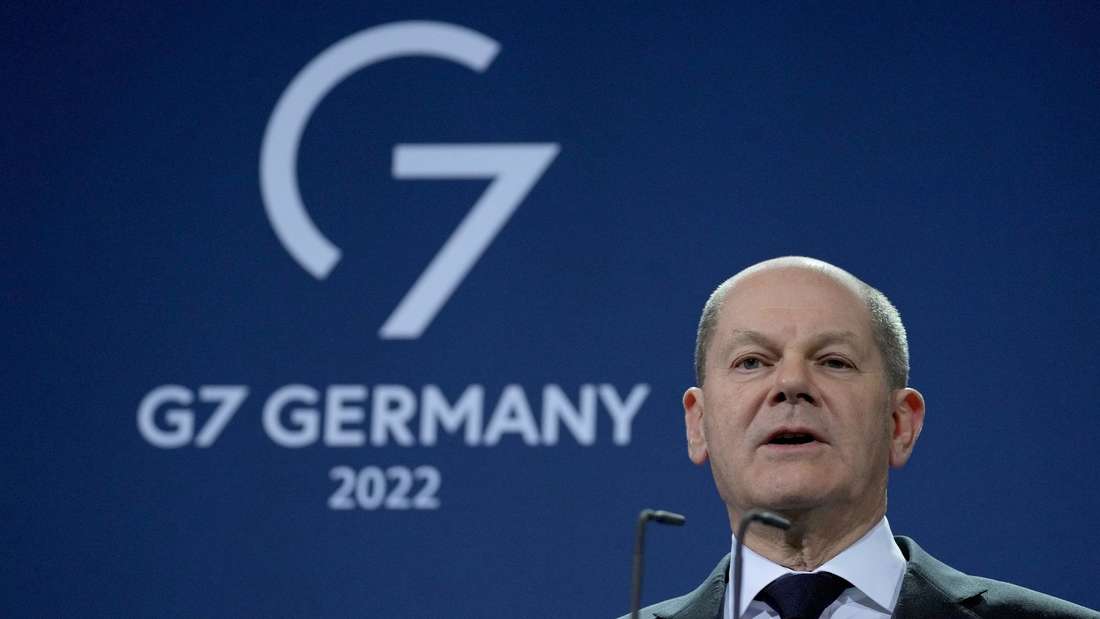 At its first retreat, the government will deal with the G7 presidency and the acceleration of future projects. Central message of the Chancellor: It is necessary “that this country picks up speed”.

Berlin – The federal government wants to speed up housing construction, the energy transition and the expansion of transport routes and digital infrastructure.

The government wants “to get this country moving,” said Chancellor Olaf Scholz (SPD) on Friday in Berlin. The cabinet met for the first closed meeting after a good six weeks in office. Scholz referred to sluggish planning and approval procedures, in which one has to be much faster than before. “We have to get the pace in there.”

Finance Minister Christian Lindner (FDP) said after the cabinet meeting that they wanted to have “presentable results” over the course of the first half of the year: “Our country is tied up, we tied ourselves up.” There is too much bureaucracy.

Vice Chancellor and Climate Protection Minister Robert Habeck (Greens) said with regard to the energy transition with new wind turbines or the development of a hydrogen infrastructure, this cannot be achieved in the current planning periods. “A few old braids” would have to be cut off.

The acceleration of planning processes for central future projects was a main topic of the all-day closed conference in the Chancellery. “We believe that this will enable a new start for our country, and we also believe that it is necessary,” said Scholz.

20 years to build a railway line

There are numerous examples of important future projects being delayed due to too much bureaucracy. The construction of a new railway line in Germany takes 20 years on average. According to information from the industry, wind turbines need four to five years to be approved. The requirements are complex. It’s about nature conservation and local residents’ interests. Documents are first made public in the affected communities. There are often complaints.

The construction industry called on the federal government to introduce fundamental reforms before the cabinet meeting. “It just takes too long,” said Tim-Oliver Müller, general manager of the main association of the German construction industry. “Despite the previous approaches to speed up planning, approval times for new construction and expansion projects must be significantly reduced.” One reform element: digital processes, such as public participation in digital form.

From the point of view of the German Wind Energy Association, a lack of staff at the approval authorities is also partly responsible for the delays. The approval procedures are highly complex and very lengthy. A high level of bureaucracy ties up a lot of manpower. A better staffing situation in the competent authorities could contribute to accelerating the procedures.

The digital association Bitkom explained that bureaucracy is blocking the expansion of digital infrastructure at more than 1,000 locations. “The application process often takes many times longer than the actual construction of a system,” says Bitkom President Achim Berg. “Many procedures drag on for more than two years.” If the application is rejected, that means for the network operator: back to zero and start again. “This means that dead spots cannot be closed and that we are not progressing quickly enough overall with the expansion of digital infrastructures.” In future, no more than three months should elapse between application and approval.

The second major topic of the retreat was the German presidency in the G7 group of leading democratic economic powers. Germany took over the presidency from Great Britain on January 1st. Scholz reiterated the goal of creating a “climate club” so that each country does not act on its own. The highlight of the one-year presidency will be a summit meeting chaired by Scholz from June 26 to 28, 2022 at Schloss Elmau in the Bavarian Alps. The focus will be on climate protection, fighting pandemics and strengthening international cooperation and democracies worldwide.

Environment Minister Steffi Lemke (Greens) declared that a “G7 Ocean Deal” should be launched in order to promote joint initiatives to protect the oceans and combat marine pollution. Habeck named the goal of a “clear impetus” from the G7 for international cooperation and multilateralism.

Scholz and his 16 ministers were sworn in in the Bundestag on December 8th. A good six weeks later, dissatisfaction with their work predominates among the population. In a survey by the opinion research institute YouGov on behalf of the German Press Agency, 45 percent were rather dissatisfied or even very dissatisfied, with only 37 percent being satisfied. 17 percent did not provide any information.

Schweitzer: Habeck has to expand on “transformation”.

Dreyer for 2G plus in gastronomy

The three main players in the coalition don’t fare particularly well in the poll either:

– 47 percent are rather dissatisfied and 33 percent rather satisfied with Scholz.

– The work of Vice-Chancellor and Economics Minister Robert Habeck is rated negatively by 43 percent and positively by 30 percent. Assassin's Creed: The original ending saw Desmond flee the Earth with a spaceship

EA: ‘there is room for in-game advertising if done right’