Real Madrid, for their 100th victory in the Clásico 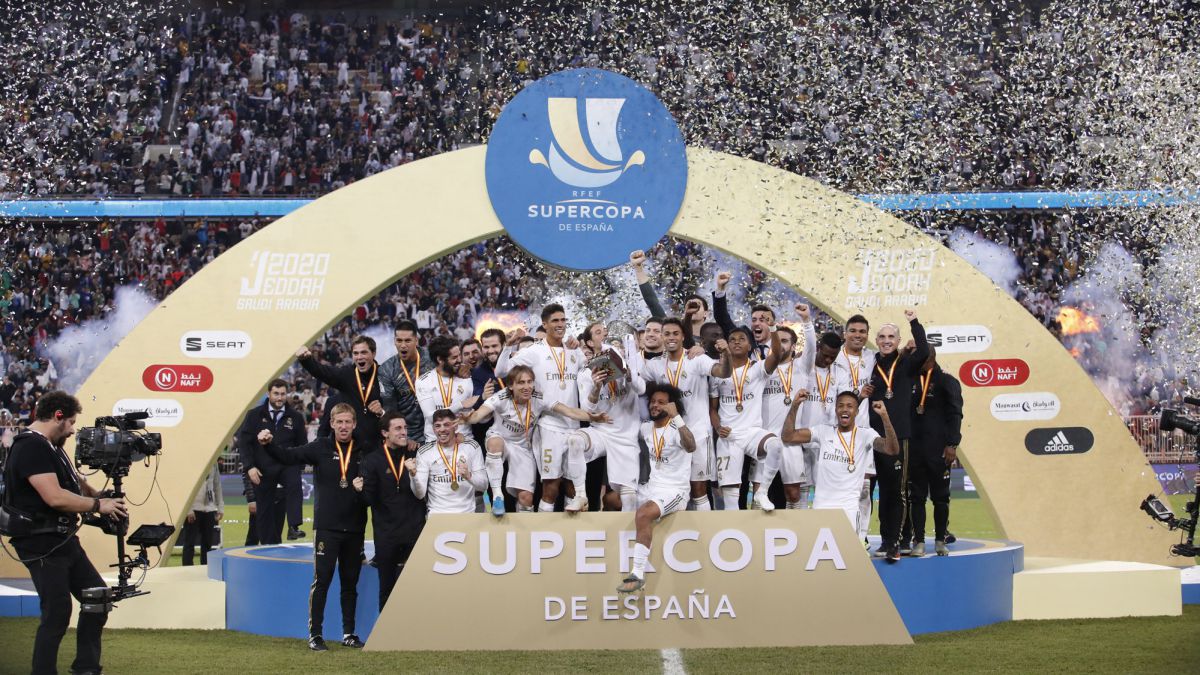 Centenary. The Real Madrid can become tonight the first opponent to defeat 100 times the Barcelona in official competitions. At the moment, the balance of the 247 Classics disputed (52 draws) is as follows: 99 wins and 412 goals for the Whites and 96 wins and 402 goals for the Barça team.

Saudi Arabia. Riad will be the fifth city to host a Classic officer after Madrid (123), Barcelona (119), Valencia (4) and Saragossa (one). The King Fahd Stadium It will be number thirteen to host a non-friendly classic. The last five duels between Barcelona Y Real Madrid They have been played in four different stadiums: Camp Nou (two), Santiago Bernabeu (one), Alfredo Di Stefano (one and King Fahd (one).

Super Cup. Real Madrid and Barcelona have met 14 times in the Spain Supercup (seven double-game editions), with a very favorable balance to the merengue team, which added eight victories and two draws and only conceded four defeats. However, in terms of titles in the tournament, the Catalan club has an advantage (13-11), although it has not won it for four years.

Almost 120 years. Real Madrid and Barcelona have not met in a one-game semi-final since May 13, 1902, in the Coronation Cup. That was the first official duel between the two clubs and ended with a 1-3 victory for culé. Marked Steinberg (two and Gamper for Barça, while Arthur Johnson he made the only goal for Real. Since then, whenever they have seen the faces in a direct duel to a single match (seven times) they have done so in the finals of Cup (four for Madrid and three for Barça).

Neither Ramos, nor Messi. It will be the first edition of the Spanish Super Cup without Sergio Ramos or Lionel Messi since 2005. On that occasion, Barcelona and Real Betis played the tournament (on August 13 and 20), but Messi was not called up for any of both games (although he did travel to Seville for the first leg, but saw it from the stands). Messi is the player with the most games (20), minutes (1,672), goals (14), wins (nine) and titles (seven) in the history of the tournament. The Argentine, now at PSG, is also the second best assistant (five), only behind the Portuguese Luis Figo (six).

Veteran. Dani alves (38 years and 251 days) could become tonight the second oldest footballer to play the Spanish Super Cup, only behind Amadeo Carboni, who lost with him Valencia the 2004 edition before the Real Zaragoza with 39 years and 140 days. Other illustrious veterans who played this tournament include Donato (37 years and 241 days in 2000), Buyo (37 years and 223 days in 1995) and Miguel Angel Nadal (37 years and 30 days in 2003).

Referee. It will be the first Classic for Jose Luis Munuera Montero, who will also become the first Jaen referee to lead a Madrid-Barça. Yes there were two players from the province of Jaen that disputed Classics: Urban (Beas de Segura, 14 with Barcelona) and José Luis Espinosa (La Carolina, 2 with Madrid). Barcelona has added ten victories, two draws and one defeat with Munuera Montero in official matches, while Madrid accumulated five victories, one draw and one defeat with this referee.

Antonio Carmona, a former socialist deputy in the Madrid Assembly, will be vice-president of Iberdrola Spain

Do Biontech and Moderna protect against Omikron?