Colombia has experienced an electrifying electoral campaign. Along the way they have been defeated the right, the establishment and the moderate political center, the powers that have historically governed the country. The end is a face to face between Gustavo Petro, from the left, and Rodolfo Hernández, a real estate businessman who is not easy to define. They are tied in the polls. Both represent a change that generates uncertainty in a country that prides itself on being one of the most stable economies in Latin America. Whatever happens on Sunday, the nation enters a new political time.

Rudolphone. Petro was favorite from the start. His rival seemed to be Fico Gutiérrez, the right-wing candidate. In silence, in low flight, the movement of Rodolfo Hernández began to grow. First in his region, Santander, and later in the center of the country. 77-year-old rich man, foul-mouthed and populist who claims to fight corruption and politicking alone. He looks like a comic book character. When in the final stretch he caught up with Fico in the polls he encouraged everyone to get on his bus, the Rodolfoneta. He is convinced that only he can stop Petro.

Petrophobia. It is said of the exacerbated fear of Petro. Hernández’s rise has more to do with stopping the former M-19 guerrilla from coming to power than with his political talent. Anyone but Petro, anything but a leftist for president. To combat it, Petro has focused many of his policies and surrounded himself with moderate advisers. He has promised that he will not change the Constitution nor will he be in office for more than four years. He could be the first openly leftist president in the history of Colombia, but the fear he arouses could be a brake. Bin Laden or Petro? Some would take seconds to respond.

robbery Hernández has a very simple message that connects with people. He throws phrases like “we have to stop the robbery” that go viral. He became mayor of Bucaramanga accusing all politicians of corruption and thieves. He says that he will govern split time between Bogotá and a farm that he has in Piedecuesta, his town. He is obsessed with reducing the size of the State, even if it means taking bizarre measures such as closing embassies. Petro complained to his advisers at the beginning of the campaign that they had taken away the flag of the fight against corruption, a fight that he has always given. Hernandez’s speech falls by one side: he is accused of benefiting his son with a public garbage contract. The prosecution has enough evidence against him. The trial will be held after the vote. He could be the first elected president to sit on a bench.

Videos. Rodolfo Hernández sneaked into the final vote being a semi-unknown. He does not attend debates and gives few interviews. His campaign has been virtual, through TikTok videos that a handful of twentysomethings broadcast from an office. Now that the spotlights are on him, a cataract of recordings from his past has come to light, which is not little if you take into account his 77 years. In them the least edifying side of him comes out: discussions, death threats, pride in being rich at the expense of the poor, xenophobic and sexist statements. He has been seen on a yacht in Miami with Berlusconi-style dancers. Negative elements for a part of the population, signs of sincerity for another fed up with political correctness. Although his popularity dropped and his strategists decided to limit his appearances on the grounds that he sometimes says things he later regrets. He is unaware of the functioning of state institutions. The other day he confused the UN with the OAS. Petro headed to the final stretch with a small advantage because of all this, but some media broadcast edited videos of his campaign meetings. Someone recorded them for eleven months – Petro believes the police or the secret services – and passed them on to tip the scales against him in the last 10 days. In the images, you can see his strategists planning how to attack rivals with coarse language or Petro’s wife making sexist comments about female journalists. What was revealed is not criminal or scandalous, if he looks at it cynically, but it has cast a shadow of suspicion on Petro’s team.

Change. The government of the current president, Iván Duque, has fed up the citizenry, and it was clear from the beginning that the country must take a new direction. The model is out of stock. Duque’s popularity is at rock bottom. The candidate who supported the Duque party, Fico, sank. In this second round, two options face each other, each in its own way, representing a novelty. Petro, the left that wants to raise taxes on the rich and benefit the poor with social programs. Hernandez, the outsider who comes to slap the depraved politicians of always -as mayor he literally did it with an opposition councilman-. On the constructor, however, the entire right and the usual patronage structures have been aligned for fear of Petro. For the intellectual Alejandro Gaviria, one represents a change, the other a leap into the void. What is clear is that the day after the vote a new political cycle begins.

Center. The big losers of the elections. There is a political center made up of capable, educated and moderate candidates who had hopes of representing something new in this race. They gathered around a coalition in which a leader had to emerge, which was Sergio Fajardo. They soon fell out with each other and experienced a real internal war. They arrived worn out and without options in the first round. Now they have broken up again: some have opted for Petro and others for Hernández.

Daughters. Sofía Petro, a 20-year-old political science student who has accompanied her father on the campaign trail, said in an interview with EL PAÍS that a Hernández presidency could cause a social unrest worse than last year. The phrase, misunderstood, was considered by Petro’s opponents as a threat. The young woman suffered a lynching on social networks and from some media. She didn’t say anything, but her father defended her. The daughter of the other candidate has also been present in the discussion. Juliana Hernández has been missing since 2004. Her father said that she was kidnapped by the ELN and that they killed her when he refused to pay her ransom. He later changed his version and blamed it on the FARC. She recently told that she had been shot in the forehead, but she never explained where she got that version of herself from. People close to the family have other confusing episodes about it. His story is an unsolved mystery.

See also  Menna Shalaby is officially charged with drug possession.. What awaits her in court?

Assassination. A ghost that has flown over the entire campaign. The list of political assassinations in the country is long. Petro wears an armored shirt and his escorts usually surround him on top of the platforms. The fear of dying violently appears to him like a flash when he is among crowds. Many people thought that if his candidacy were unstoppable he would suffer an attack. The problem is that the army that protects him conveyed the image of a candidate somewhat distant from the people. In these last two weeks he has stopped giving rallies and visits the houses of ordinary Colombians. Hernández has assured that they also want to kill him, although not with lead “but with a knife.” He said so in Miami, where he planned to stay until the threat subsided. “I’m so salty that I don’t die and I stay in a wheelchair,” he added. There are indications of his projected longevity: Dona Cecilia, his mother, is 97 years old.

discussions. Petro has been in politics for 40 years and even his enemies consider him skilled in the confrontation of ideas. Hernández did not want a face to face with him or dead. Except his advisers. It was something that was not going to happen. However, a court ruling forced them to debate this week. They had 48 hours to agree on the logistics. Petro tried to make it happen by all means, while Hernández had no interest and let time run in his favor with legal arguments. Neither he nor his strategists ever answered the phone.

Establishment. The elites no longer put presidents. Businessmen unanimously supported Fico, who invested an inordinate amount in the campaign. His face reached all corners of the country. He stayed on the road. The next president will be a hated candidate among the rich, such as Petro, or a millionaire builder with connections in his region, but unknown in the most select circles of Bogotá. Hernandez’s bad manners would raise more than one eyebrow in the capital’s social clubs. The traditional structures of Colombian power have been shaken. 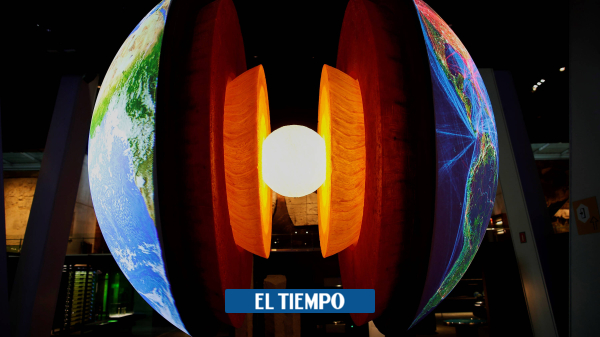 Earth’s core is changing the way it spins, new study

Imagine Earth's inner core—the dense center of our planet—as a heavy metal dancer. This iron-rich dancer is capable of pirouettes...

Messi’s total football and a team with game and character, the keys to champion Argentina