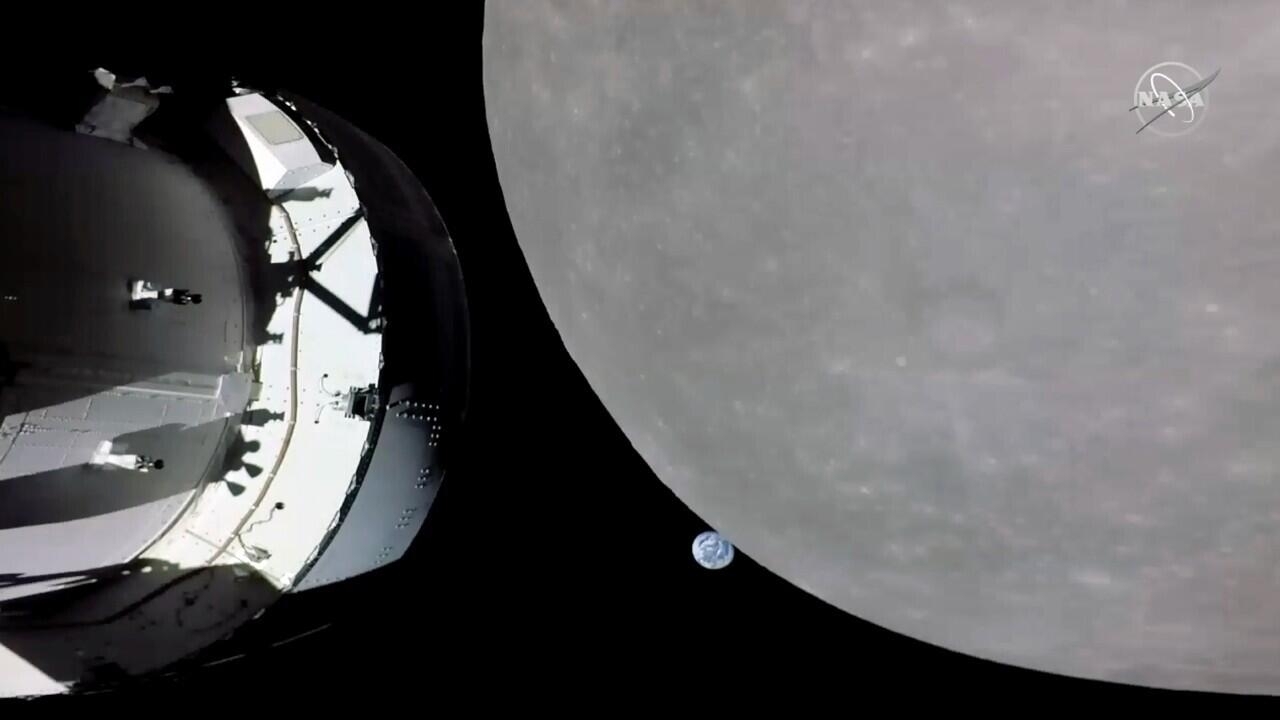 This Saturday, NASA announced that Orion, the capsule in orbit tens of thousands of kilometers around the Moon, set a new record and was located more than 400,000 kilometers from planet earth.

The return to the moon is closer. This Saturday, the National Aeronautics and Space Administration of the United States, better known as NASA, reported that the Orion capsule reached a distance of 401,000 kilometers from Earth and thus broke the record established in 1970 by Apollo 13 as the spacecraft capable of transporting humans that has traveled the furthest in history.

The US space agency reported on its Orion Spacecraft Twitter account that the capsule reached a point 53,687 miles, or 86,000 kilometers from the Moon, while traveling at a speed of 3,300 kilometers per hour.

The Artemis I mission, unmanned by humans and of which Orion is a part, exceeded the distance of 400,171 kilometers from Earth, breaking the record for the historic lunar mission set in 1970.

During its trip around the Moon, in which it will come to be located some 64,400 kilometers beyond the other side of the satellite, NASA expects that it will be this Monday when the spacecraft will be located at the maximum distance from Earth that it will reach in this mission. : more than 430,000 kilometers or 268,552 miles.

The capsule has been traveling in a “retrograde orbit” since Friday, which means that it circles the Moon in the opposite direction that it travels around Earth, after passing about 130 kilometers 81 miles from the lunar surface on Monday, making it closest to the satellite that will pass on this mission.

For Mike Sarafin, manager of the Artemis mission, it “is exceeding expectations” and the capsule shows great performance. “We’re still learning along the way about this new deep space spacecraft,” he added.

“Exceed the limits of what we have previously explored”

See also  Science and Technology - Kidnappings, cyber attacks that grow in the Americas

It was last Wednesday, November 16, that Orion successfully took off from the Kennedy Space Center, in Cape Canaveral in Florida, with NASA’s unmanned mission, which aims to prepare the lunar exploration path for the subsequent shipment of astronauts.

The capsule and its three test dummies are part of an estimated $4 billion project that will remain in this wide but stable orbit for nearly a week, completing only half a turn before returning home.

“It’s a statistic, but it’s symbolic because of what it represents,” Jim Geffre, an Orion official, said in an interview with NASA earlier in the week. “It’s about challenging ourselves to go further, stay longer and push the limits of what we’ve explored before,” he added.

The overall goal of NASA’s Artemis program, which brought about the debut of the powerful SLS, or Space Launch System, rocket, is to return humans to the Moon for the first time in half a century and establish a base there as a step toward getting there. loving You.

Despite the challenges of this test, such as the loss of communication for almost an hour that was reported this week, the biggest challenge for Orion will be its reentry to earth.

The last NASA mission in which its astronauts set foot on the Moon dates back to Apollo 17, which took place between December 7 and 19, 1972. Kim Jong Un: Our goal is to have the most powerful nuclear power in the world