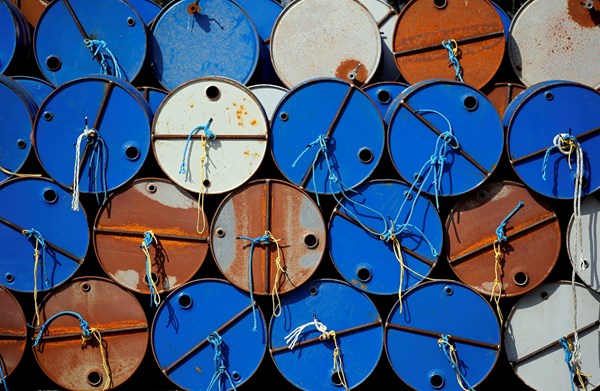 LONDON (Reuters) – Oil prices rose for a fourth day on Wednesday after a fire in a pipeline from Iraq to Turkey briefly halted supplies, raising concerns about an already-existing outlook for near-term tightness.

Brent crude futures rose 48 cents, or 0.6 percent, to $ 87.99 a barrel by 12:45 GMT, after rising 1.2 percent in the previous session. The European benchmark touched $89.05, the highest level since October 13, 2014.
US West Texas Intermediate crude futures rose 66 cents, or 0.8 percent, to $86.09 a barrel. West Texas Intermediate crude earlier jumped to a peak of $87.08, its highest level since Oct. 9, 2014.
By 15:07 GMT, Brent contracts crossed the level of $89 a barrel and US oil futures jumped more than $2 to $87.61 a barrel.
A senior security source said the explosion that set the pipeline on fire in southeastern Turkey’s Kahramanmaras province was caused by the fall of an electricity pole, not an attack.
The pipeline transports crude from Iraq, the second largest producer in the Organization of the Petroleum Exporting Countries (OPEC), to the Turkish port of Ceyhan for export.
This comes at a time when analysts expect limited supplies of oil in 2022, which is due, among other things, to an increase in demand in a way that far exceeds what was expected in light of the highly contagious mutated strain of the Corona virus, as some refer to the return of the oil price to $ 100 a barrel. .
Compounding supply concerns are geopolitical problems in Russia, the world’s second-largest oil producer.
The International Energy Agency said on Wednesday that the market is expected to turn into a surplus in the first quarter of this year.
However, the agency warned that commercial oil and fuel stocks in OECD countries are at their lowest levels in seven years, and that lower supplies could cause the oil market to fluctuate in 2022.
Meanwhile, OPEC, Russia and other producing countries that together make up the “OPEC Plus” bloc, are already facing difficulty in reaching the targeted monthly production increase of 400,000 barrels per day. OPEC officials told Reuters that the rise of oil may continue over the next few months due to the recovery in demand and the limited production capacity of OPEC Plus members, and that prices may exceed $100 a barrel.

"In the name of God, go away", ask Boris Johnson