Nicaragua breaks relations with Taiwan to recognize “one China” 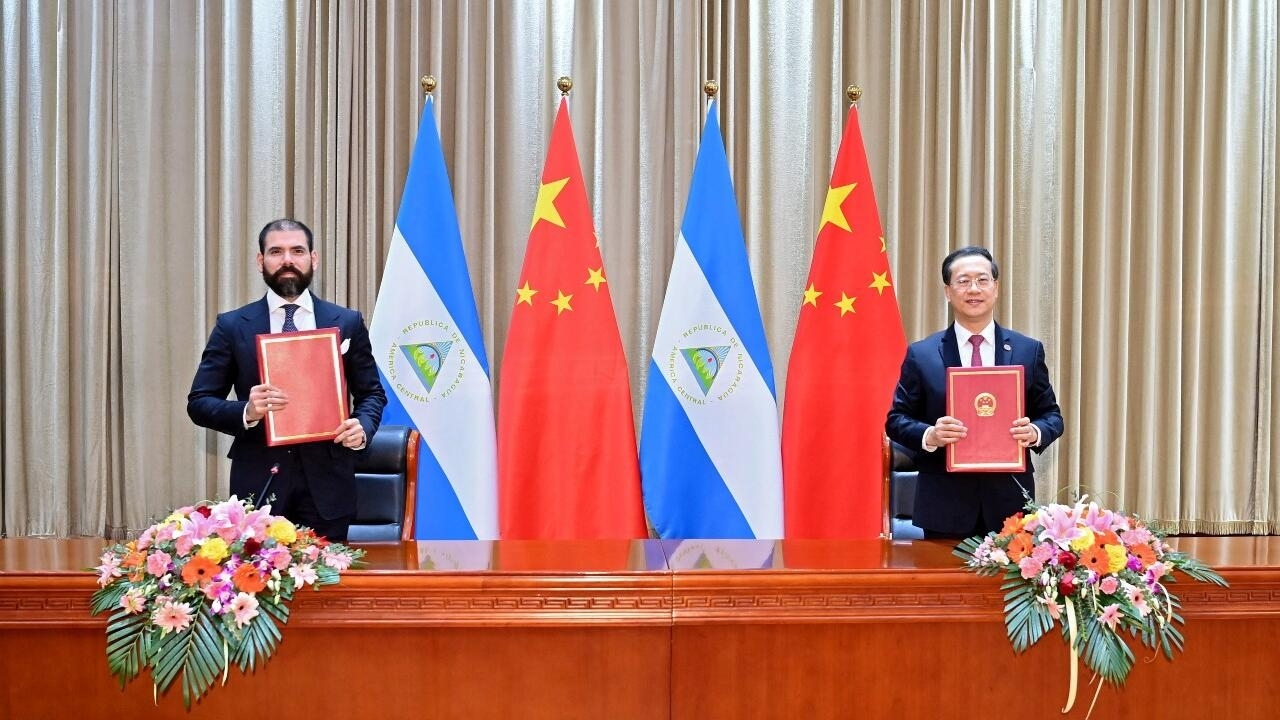 The Nicaraguan government reported that it cut the bilateral ties that it had maintained since 1990 with Taiwan, an island nation that China claims as part of its territory. At the same time, the Daniel Ortega Administration reestablished diplomatic relations with Beijing at a time of high tension between Managua and Washington.

Nicaragua broke three decades of relations with Taiwan and gave a boost to the “one China principle” defended by the Asian giant.

In a gesture of loyalty to Beijing, the government of the leftist Daniel Ortega announced that it “ceases to have any official contact or relationship” with Taiwan, as it maintained that the People’s Republic of China “is the only legitimate government” that represents that country.

Taipei and Managua had bilateral relations since 1990 and the island has had a democratic and independent government ‘de facto’ since the end of the civil war in 1949. However, the Chinese authorities claim the island as one more province of their territory, one of the thorniest issues between Beijing and any nation that recognizes Taiwan as its peer.

See also  In California, USA, construction of the largest bridge for wild animals in the world begins

“The Government of the Republic of Nicaragua declares that it recognizes that there is only one China in the world. The People’s Republic of China is the only legitimate Government that represents all of China and Taiwan is an inalienable part of Chinese territory,” said the Ministry of Relations. Nicaraguan Foreign Affairs on Thursday, December 9.

“There is only one China in the world. The People’s Republic of China is the only legitimate government that represents all of China and Taiwan is an inalienable part of Chinese territory,” said the Ortega regime. https://t.co/Wyop41P1XA


Taiwan responded quickly, expressing “pain and regret” over the decision and noted that Ortega has neglected the friendship between the peoples of Taiwan and Nicaragua.

However, the Taiwanese authorities indicated that they will continue to defend their sovereignty. “As a member of the international community, Taiwan has the right to exchange and develop diplomatic relations with other countries,” said its Foreign Ministry.

Just hours after the notification from the Ortega Administration, the Chinese government reported that it was re-establishing diplomatic relations with Nicaragua.

The announcement was made after a meeting between delegations from the two countries, including two of Ortega’s sons, in Tianjin, about 200 kilometers from the Chinese capital.

The Xi Jinping Administration has thus dealt a blow to both Taipei and Washington, which is currently holding the ‘Democracy Summit’ and which unleashed the anger of China for being excluded from the meeting, while Taiwan was invited.


In addition, this move occurs after months of worsening ties between Managua and Washington and coincided with the announcement by the US State Department about new sanctions against Néstor Moncada Lau, Ortega’s National Security adviser. The United States accuses him of operating a customs and import fraud scheme to enrich the members of that Central American government.

With this break, the Taiwanese lose one of the few political allies they have maintained and are now left with only 14 governments that recognize the territory as a country. Among them, the Vatican, Paraguay, Haiti, Guatemala, Belize and Honduras.

But the latter may be the next Latin American government to follow in Nicaragua’s footsteps. The president-elect in the November 28 elections, Xiomara Castro, has already campaigned to recognize “one China”, ignoring the independence of Taiwan.