Media literacy and the digital marginalized 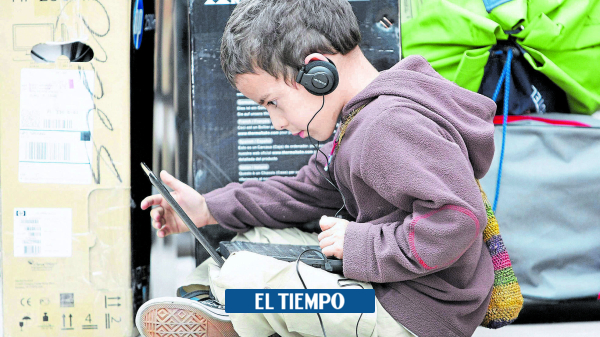 I confess that I discovered the expression media literacy recently, but the truth is that it has been going around, crossed with digital illiteracy and digital marginalized, for quite some time. I used the expression digital outcasts for the first time in 2008 (https://bit.ly/3Drd8Vz) and it is not frequent in press or scientific articles or in conferences of leaders of the ICT sector and Telecommunications or government leaders.

It may interest you: The technological backwardness that the coronavirus showed

UNESCO speaks of Media and Digital Literacy, AMI or MIL (for its acronym in English for Media Information Literacy) and already has a ‘curriculum for teachers’ (https://bit.ly/3rytMAr). With all due respect to UNESCO, I think much more promotion of this issue is needed. When I found the term, I took on the task of speaking with Colombian teachers and advisors on these issues and found that the vast majority did not know it. Just like me, they made an instant connection with their imbrications.
It was nice to meet Professor Julio Gaitán Bohórquez, director of the Center for Internet and Society at the Universidad del Rosario, who helped me understand more about the genesis and importance of the term.

I was surprised not to find Mexican, Argentine, Colombian or Brazilian experts in the group of advisers who helped build the aforementioned ‘curriculum’ throughout Latin America and the Caribbean.

I will transcribe excerpts from the prologue of the text in question: “We live in a world where the quality of the information we receive greatly influences our choices and subsequent actions, including our ability to enjoy our fundamental freedoms and abilities for self-determination and development.

Likewise, there is a proliferation of media and other information providers that are guided by technological advances in telecommunications, which offers us a great amount of information and knowledge that citizens can access and share”.

The document goes on to say: “In addition to this phenomenon, there is the challenge of evaluating the relevance and reliability of the information without citizens having any obstacle to make use of their rights to freedom of expression and information (…) goes towards the future, takes into account the current trends that are directed towards the convergence of radio, television, internet, newspapers, books, digital archives and libraries on a single platform; therefore, it is the first time that AMI has been presented in a holistic way.”

In the introduction we read: “Article 19 of the Universal Declaration of Human Rights states that ‘Everyone has the right to freedom of expression; this right includes not being bothered because of their opinions, the right to investigate and receive information and opinions, and to disseminate them, without limitation of borders, by any means of expression’”.

Also: YouTube would be one of the main ‘fake news’ channels in the world

Media and Information Literacy (AMI) It provides citizens with the skills they need to seek and enjoy the full benefits of this fundamental human right. The achievement of this right is reinforced through the Grünwald Declaration of 1982, which recognizes the need for political and educational systems that promote critical understanding of citizens about the “phenomenon of communication” and their participation in the media (new and old).

It is further reinforced by the 2005 Alexandria Declaration, which puts Media and Information Literacy at the heart of lifelong learning. It recognizes that it is necessary to “empower people in all walks of life to search for, evaluate, use and create information in an effective way to achieve their personal, social, occupational and educational goals”.

And he adds: “This is a basic right in a digital world and promotes the social inclusion of all nations.” When we read what UNESCO experts call the 5 Laws of Media and Information Literacy (see box), we are even more concerned that there is not a more widespread dissemination and use of these tools.

Would they have prevented Trump’s victory? that the referendum brexit will he win it? That the people in Colombia voted No to peace? It is clear that the misinformation produced by false news on social networks are instruments of people for political and economic purposes that manipulate the emotions of individuals and make them behave like a flock of sheep that walks where they are told.

In the case of the deniers of the vaccines for covid-19, there is a mixture of religious obscurantism with supine ignorance about the value of vaccines, since they appeared, for all of humanity.

Read on: Five initiatives to curb disinformation in Latin America

Perhaps it is the 5th law that refers us to the importance of AMI as a permanent process of education, as, ultimately, education itself is conceived today: “Media and information literacy is not acquired all at once. It is a living process and a dynamic experience, much more complete even when it includes knowledge, skills and aptitudes, as well as the access, coverage, evaluation, allocation, use, production and communication of media content.

That is why it is even more strange that the Government has not implemented the ‘curriculum for teachers’ as Brazil and Uruguay have done with great force, and it should be noted that, in Mexico and Argentina, despite not having an official policy, there is academics and intellectuals who promote its use and who have produced studies, research and essays on the subject. Why hasn’t the Ministry of Education started the implementation process of the AMI? What are you afraid of? Why don’t all the governments of the world make MIL a transversal subject at all educational levels from primary to university?

Today the battle is against misinformation. We are no longer building an Information Society, I have said it more than once; the dream of Professor Manuel Castells is already almost an illusion. We are living in a “Disinformation Society”.
With a “facebukized” humanity, full of informed ignorant people, developing countries have it more difficult. With an illiteracy rate of around 7 percent on average in the region, we are not doing well.

And there is another rate that governments do not measure; they’re not interested in it. That of functional illiteracy, which are those who barely know how to read and basic math operations, who did not go beyond primary school, in general.

How many of them do we have in Latin America? People who feed on tabloid newspapers, establishment-aligned TV news, and social media; people who do not have the capacity to digest and distinguish between false news, institutional news and true news, who are easily manipulated on social networks and who make the implementation of the AMI imperative in all our countries.

It is for all this that I was very shocked to find this information, which proves me right, in the ‘Open letter to presidential candidates and pre-candidates in Colombia’ (https://bit.ly/3pYuuUY), which a group of renowned intellectuals addressed to those who have expressed their presidential aspirations.

They say: “… a fault that contributes to the stagnation of productivity is the terrible quality of education. At the age of 15, one out of two Colombians does not reach the reading level necessary to understand a text, and two out of three cannot do the most elementary logical operations in mathematics. In general, the country suffers from a technological and knowledge backwardness that induces low productivity and that must be overcome in order to accelerate the diversification and sophistication of the national production and export baskets. Without this, it will not be possible to reduce public debt in a reasonable period, maintain internal and external macroeconomic stability, reduce inequality and poverty, and foster social harmony.”

See also  These are the most corrupt countries in the world: Latin America remains stagnant

It may interest you: The need to reverse the losses in education caused by the pandemic

Thus it is impossible to ascend to another level of development.
The other issue, also very delicate, is that of digital illiteracy, which UNESCO defines as: “… the impossibility of surfing the Internet, accessing multimedia content, socializing through social networks, creating documentation or discriminating relevant information from superfluous…” .

The latter was what led the multilateral entity to adopt the term AMI and to search for a standard for its implementation. But I have been saying for a long time that a digital illiterate or a digital outcast is not just someone who is not capable of surfing the net. A person with a university education, today, who has a smartphone that only serves to call, ‘wasapear’ and ‘facebukiar’ and is not able to edit texts, send emails, upload information to the cloud, make purchases and financial transactions, from smartphone he is digitally illiterate too. (https://bit.ly/3GM8Avf)

If this does not happen, economic and social inequalities will deepen and the distance between a rich and developed North and a poor and undeveloped South will widen.

We are going to be filled with digital outcasts (https://bit.ly/30CcKq3). The fourth industrial revolution, exponential technologies will be a chimera for many and the benefits of said revolution and technologies will be seen in the big cities of Latin America that, in a very sad way, help to increase inequality in the region. The cases of Bogotá and Medellín, in Colombia; Santiago, in Chile; Rio de Janeiro, Brasilia and São Paulo, in Brazil; Buenos Aires, in Argentina, and Mexico City, Guadalajara and Monterrey, in Mexico, show an unpleasant concentration of political and economic power in the capitals or large cities.

The case of Colombia is aberrant. Bogotá and Medellín concentrate, the two of them, no less than 45 percent of the country’s GDP, in a nation with 1,120 municipalities or localities.

The only true social leveling factor that would allow us more economic and social development is Education and, therefore, a society with better criteria to digest today’s informative intoxication.

Analyst and Researcher of Digital Trends. Portfolio columnist and contributor to EL TIEMPO and DPL News.

Vietto, the great shooting star of LaLiga who now plays in Riyadh