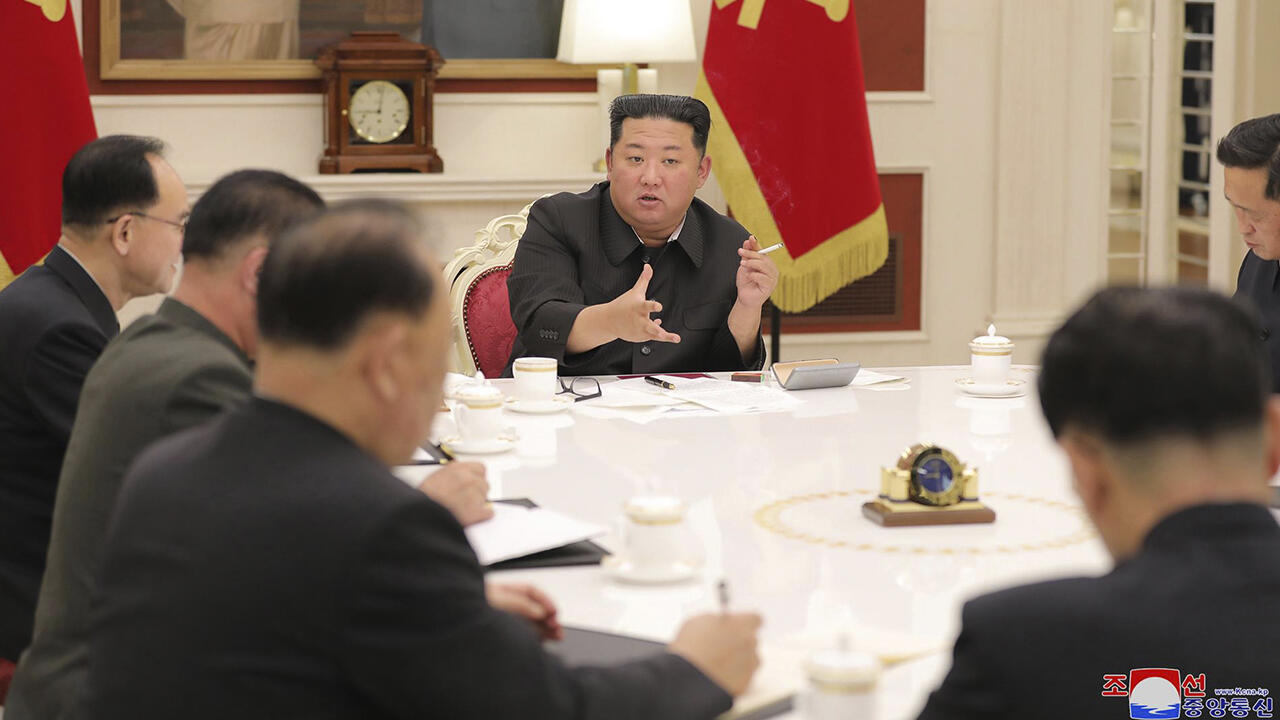 The North Korean regime leader blamed officials for the lack of response at the start of the spread of coronavirus cases. The situation worsens day by day and is approaching two million infections since the detection of the first positive last week. While there have already been 62 deaths from the virus, the government remains reluctant to accept help that does not come from Russia and China and rejects the option of vaccination.

The Omicron variant has continued to plague North Korea since the end of April. The country, which has been in isolation from the world since the pandemic began in 2020, reported 232,880 new infections in the last few hours.

In addition, the epidemic prevention center reported six new deaths and there are already 62 people who have died from the virus in a territory with few suitable supplies, without the capacity for mass testing and with non-existent inoculation.

In the accumulated, since the first case was detected at the end of April, the number of North Koreans sick with “fever” – term used by the Government for suspected cases – increased to 1.71 million inhabitants.

Of that amount, according to the regime, 1.02 million have already been rehabilitated, while 691,170 remain under treatment. The data indicates that transmission has been very fast in the busiest cities.

Kim reproaches officials for the response given to the emergency

The seriousness of the context led Kim Jong-un on Tuesday to reproach government officials for the lack of response at the beginning of the problem. It was at a politburo meeting, according to the North Korean state agency KCNA.

Kim used terms such as “immaturity”, “laziness” and “negative attitudes” with which he pointed out to officials that they had responded during “the early phase” in the health emergency. “Time is of the essence,” she asserted.

On the other hand, he praised the state system that they implemented to extend the reinforcement of medicines to 1.4 million public health officials, students and professors in the medical sector. For that he deployed 3,000 soldiers to carry out the work.

Hermeticism in the face of international health aid

Kim’s lack of intention to implement a vaccination plan is worrying. After rejecting in 2021 a donation of nearly five million inoculants by the COVAX mechanism, they are now unwilling to accept supplements from the international community, something that would signify a sign of weakness, according to the official discourse.

While he is not open to receiving the “unconditional” support that South Korea has expressed. Although it has opened diplomatic channels with Russia and China to expand testing and medication capacity, but it does not claim its vaccines or medical personnel either.

About 7% of the nation was infected in less than a month, with the epicenter in Pyongyang. Also in cities with high economic and logistic movement such as Nampo –to the west-, Kaesong –to the south- and Rason –to the northeast-.

40% of the deaths correspond to citizens over 60 years of age, although, on the other hand, almost a third of the deceased are under 20 years of age. Pre-existing health problems in much of the population were of concern to the World Health Organization.

See also  First wave of Covid-19 in North Korea, with dozens of deaths and one million infections

The body said on Tuesday that it is willing to provide Pyongyang with “technical support and supplies that include tests, diagnostics, essential medicines and vaccines,” said Tedros Adhanom Ghebreyesus, the body’s director general. In addition, he urged the administration to provide detailed information on the situation.

Beyond the adverse health scenario, activities have not been closed in North Korea and citizens still maintain their freedom to move within their city of residence.

Although Kim praised the confinement that China implemented, it is unthinkable that it would happen on North Korean soil given that they are in the middle of the rice harvest season, a vital moment for national food security.

There were even the traditional mobilizations of civilians to the countryside to collaborate with agricultural tasks. The KCNA reported on Wednesday that grain and vegetable transport teams were organized, as well as mobile posts set up in the villages to facilitate access for the inhabitants.

Collapse in a building in the Modena area: six injured, even two children