José Antonio Gallardo: 35 years of a death that still shakes 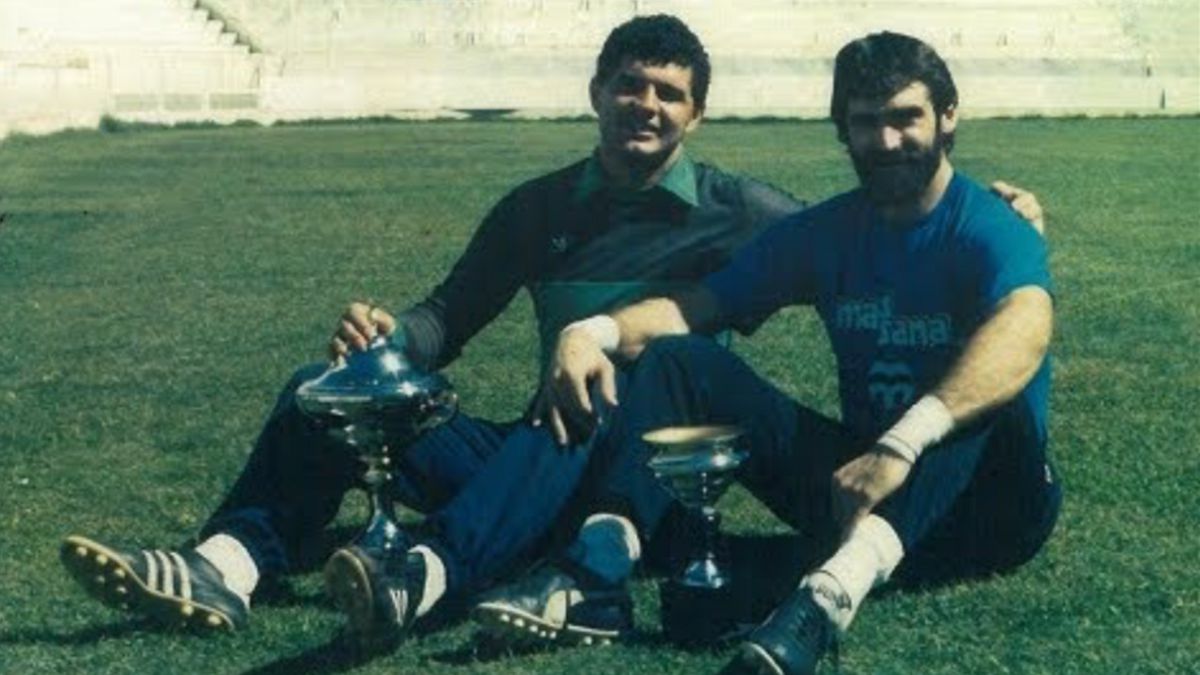 Today marks the 35th anniversary of a tragedy that still shakes, the death of José Antonio Gallardo. A great goalkeeper who lost his life when his career began to emerge with Malaga. Gate 13 of La Rosaleda bears his name. Antonio Benítez, who was his coach, defined him as “an imposing goalkeeper with enormous projection who in two years would be in one of the biggest teams”. Benítez went further: “He was ahead of his time with great footwork.”

He was right. On matchday 18 of that championship Gallardo had only conceded 13 goals, the same as Valencia (where Sempere and Serna alternated) and one more than Logroñés (their goalkeepers were Huguet and Moncaleán). It had cost him a lot of work, but ‘El Guardian de Martiricos’ (as it appears on Gate 13 of access to the malaguista stadium) would have won the Zamora Second Division. Undoubtedly. And he was destined to make a remarkable career as a great goalkeeper.

Everything was cut short on December 21, 1986 in Balaídos. Celta-Malaga match. 18′ into the match, there is a bad transfer to the goalkeeper and the ball is divided. Gallardo bravely goes after him, as does the striker for the sky-blue team, Baltazar. A fortuitous collision occurs and the Malaguista goalkeeper is unconscious and lying supine. The alarms go off and the meta is immediately evacuated to the Vigo hospital. Jose Luis Burguena. The match would end with a 3-2 local victory with two goals, precisely, from Baltazar. That was the least of it.

The tests to which he was subjected only detected a triple fissure in the left parietalor. On December 24, Christmas Eve, he was observed again and no anomalies were seen, so he was authorized to return home. Diario Sur told it like this. “He had a slight facial paralysis, but his memory was recovering. Nothing presaged the sudden worsening that he experienced on January 7.

It seemed that, although with problems, the tough athlete would recover. But things took a dramatic turn. He began to suffer from dizziness, tremors and vomiting. For this reason, he was transferred to the Carlos Haya hospital in Malaga. The situation worsened permanently. He went into a coma. This is how El País told it. “The death of Gallardo, despite the fact that his condition was irreversible for a few days, has been a severe blow for the Malaguista players and coaches, many of whom were crying inconsolably yesterday at the hospital gates minutes after the death occurred. death. José Antonio Gallardo was admitted to the Carlos Haya general hospital on the 7th in a coma with a severe cerebral hemorrhage caused by a ruptured artery in the left temporal lobe, the same area where he received the blow in the match against Celta. He underwent life-or-death surgery for more than three hours and his condition has deteriorated day by day since then.” The doctor who intervened called his stroke “one of the biggest I’ve ever seen.” He died on January 15 at 4:45 p.m. after a cardiac arrest. I was 26 years old.”

See also  OM: Investigation into Amsterdam hostage situation continues after the death of the hostage-taker

Malaguismo, which had been hit 15 years earlier with the assassination of its president, Antonio Rodríguez Martín, was once again shocked- A funeral chapel was installed in the trophy room of La Rosaleda and more than 5,000 people showed up to give him the last goodbye. He was buried in the Arroyo de la Miel cemetery in front of more than 2,000 people.. Respect and pain. The kit with which he played that last game in Vigo and a Malaga flag were deposited in his coffin.

One of the people who undoubtedly had the worst time was Baltazar. She went to see him at the hospital. A member of the religious movement Athletes of Christ, he brought him a Bible and prayed with his family. Two years later he was transferred to Atlético de Madrid and won the Pichichi trophy for having scored 35 goals. In every interview where he was asked about that unfortunate accident he burst into tears. He knew he was not guilty. But he suffered and relied on religious faith to overcome that hard test that God put him, as he used to say

See also  40 years old | It left Childhood on Monkey Island: "I've enjoyed games with good music since I was a child," says Ari Pulkkinen, one of Finland's best-known game composers.

As usually happens, the emotions of the first moments were forgotten. Despite the fact that Málaga had been promoted the following year, that is, in 1987-88 (they fired the coach, Ladislao Kubala after securing promotion five days in advance), it was an entity full of conflicts, indebted up to the eyebrows and burdened with of institutional instability. All this led to his disappearance on July 1, 1992, with which the memory of Gallardo moved to another dimension but was not diluted.

And he did not fall into oblivion because many fans kept his flame alive. It was with the presidency of Abdullah Al Thani and at the initiative of the always admirable Fundación Málaga Club de Fútbol that some idols of yesterday and always of the club have their names placed on the access doors to the stadium. The Preference Gate bears the name of Antonio Benítez, number 5 Viberti, number 6 Ben Barek and number 8 Migueli. Why not leave the 13 for Gallardo?

And justice was finally done on August 8, 2017. It was an act presided over by the then CEO of the Hamyan Al Thani Academy and with the presence of the goalkeeper’s family. José Antonio Gallardo is a Málaga legend.

More than 2,400 participants in looting have been detained in Alma-Ata since the beginning of the ATO