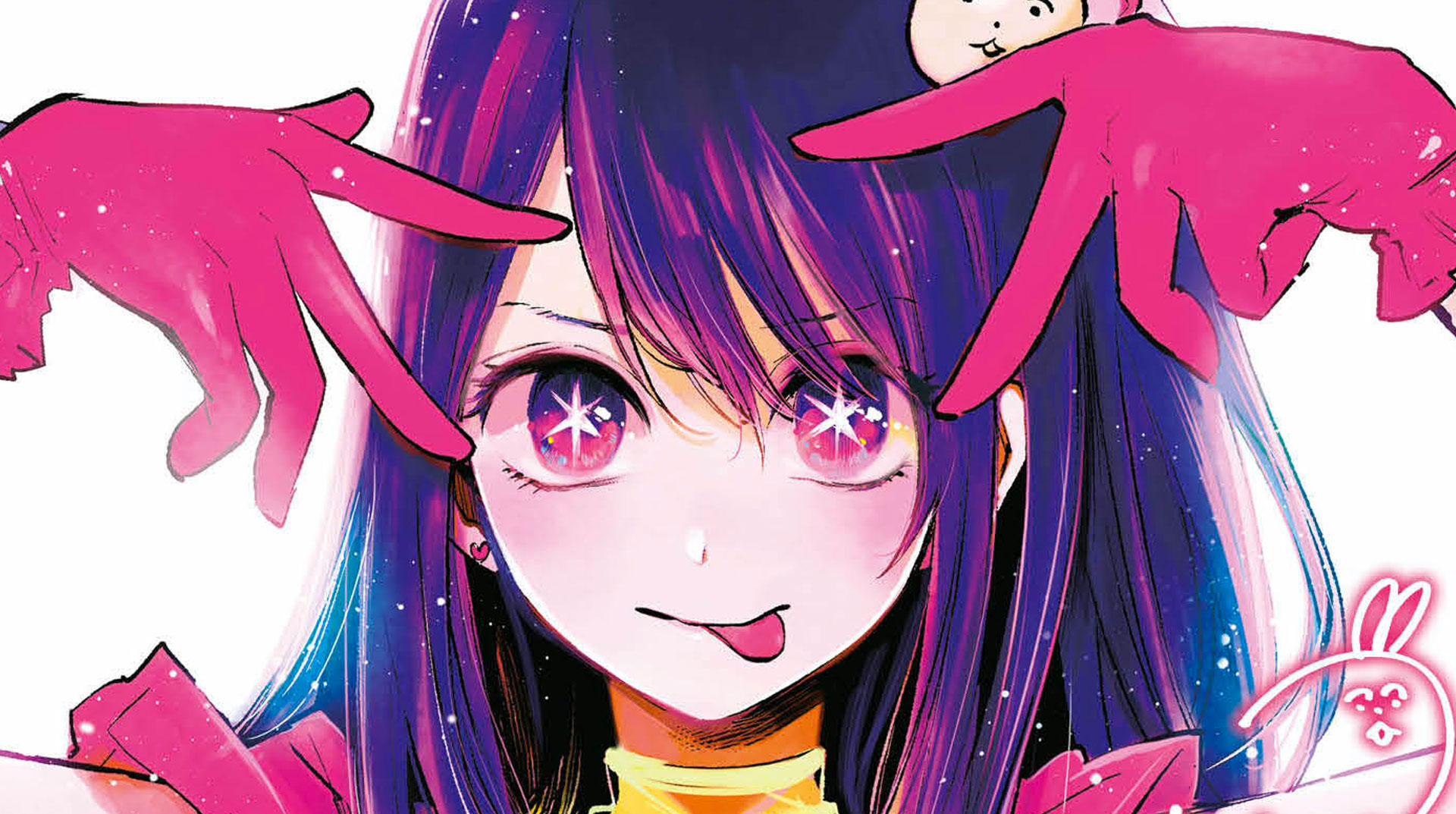 Milan, 1 March 2022 – In March, many news and hits from the J-POP Manga catalog arrive in bookstores! Starting with the new edition of Alice in Borderland, by Haro Aso, which inspired anime and live action, hit series on Netflix with the second season coming! They will also be available Alma, Oshi no Ko – My Star 1, winner of the Next Manga Award 2021 with 2 million copies already sold in Japan! but also Super Mario Mangamania, My alcoholic escape – escaping from the reality of Kabi Nagata, In Junji Ito’s soil and the highly anticipated Number 5 by master Taiyo Matusmoto. Also continue many of the most followed series of J-POP Manga: Komi can’t communicate 16, Hanako Kun – The seven mysteries of the Kamome Academy 15, Kowloon Generic Romace 4, Frieren – beyond the end of the journey 4 and many others! Here are all the details:

The first volume of the highly anticipated new edition of Alice in Borderlandthe manga by Haro Aso, former author of Zombie100, which inspired the hit series on Netflix.

The collector’s box of Alma, a post-apocalyptic sci-fi work by Shinji Mito, will be available. Volume 6.5 of NeuN by Tsutomu Takaha-shi brings the first part of the series to a conclusion, with the box set attached to collect the series. The Osamushi Collection with My Son Goku 1! They continue Kowloon Generic Romance 4, The Orpheus Window 7 and So I’m a spider, so what? 10.

On March 9 in the bookstore the collection of the best manga stories starring the most famous plumber in the world, written and drawn by Yukio Sawada: Super Mario Mangamania.

The highly anticipated fourth volume of Yarichin Bitch Clubthe most popular boy’s love work by Ogeretsu Tanaka, in the regular and deluxe edition with an exclusive illustration book attached!
Many of J-POP Manga’s most followed titles also continue: Frieren – beyond the end of the journey 4, Golden Kamui 26, Hanako Kun – The seven mysteries of the Kamome Academy 15, The apothecary’s diaries 6, Jelousy 4 and Komi can’t communicate 16.

See also  "Let's resist another month, in March we will be out of the emergency"

The new work by Taiyo Matsumoto arrives on March 16: after Sunny, Tekkon Kinkreet, Go Go Monster and The Cats of the Louvre, it will be available Number 5 in the collection box that collects the two volumes. In a world almost totally covered by a scorching desert, a group of seven people with exceptional abilities work to maintain global order. But when one of them, known as the best sniper on the planet, goes into hiding with his assistant, the resulting crisis wreaks havoc!

After My First Time – My Lesbian Experience With Loneliness and Letters to Myself – After My First TimeKabi Nagata, continues the autobiographical tale with My alcoholic escape – Running away from reality; the unstoppable need to soothe the pain of reality has led the author on the path of alcoholism, and with each passing day, Nagata feels her downward spiral slipping more and more from her control. Before her soul, it is her body that gives way under the fists of alcohol, to the point that the author is forced to an emergency hospitalization. Thus begins a new chapter in the life of one of the most popular mangaka of recent years, looking for a way to serenity and a return to creativity.

On March 23 comes the success with over 2 million copies sold in Japan, already nominated for numerous awards and winner of the Next Manga Award 2021: Oshi no Ko – My star 1.

The work of Aka Akasaka and Mengo Yokoyari gives a look at the magic, not always white, of the entertainment world. Goro is a gynecologist and works in a country town. He has no connection with the entertainment world, apart from a passion for idols. And his favorite, Ai Hoshino, has just begun the climb to success. The unexpected encounter between the two, with tragic outcomes, will set the gears of destiny in motion … Only for the first edition, Oshi no ko – my star 1 will have a special holographic effect cover and also, in attachment, the exclusive Meet your idol card, a special collectible PVC card that becomes a Photo Opportunity with the protagonist Ai Hoshino.

The collection box set by Kakegurui Midari, the spin-off of the hit that inspired the anime series and live action streaming on Netflix, complete in 4 volumes; in this eagerly awaited prequel, we will discover the past of Midari Ikishima and how she entered the Study Council of the prestigious Hyakkao Lyceum, the institute frequented by the children of the elite and in which the balance of power between students is established by the ability in betting and gambling. What are Midari’s secrets and what links her rise to her unfortunate schoolmate Nureba Ayame? Finally, the Junji Ito Collection is extended with the new volume: Nel Suolo and other stories. A collection of horror stories from one of the most popular manga artists of the moment! They continue Tokyo Revengers 13, Miss Kobayashi’s Dragon Maid 4, Northwest Clouds 2 and The Third Eye 4.

From the authors of The Cannibal Siren, Love After World Domination 1 by Hiroshi Noda and Takahiro Wakamatsu, whose animated transposition is also on the way. He is Fudo Aikawa, also known as Red Gelato, the head of the Gelato 5, a team fighting for world peace! She is Desumi Magahara, otherwise known as the Princess of Death, a fighter of the secret society Gekko who plots the conquest of the planet! Is it possible that a feeling has arisen between the two that goes beyond the impositions of their respective organizations?

Events
Fairs and presentations are back! The Milanese publishing house will in fact be present at the following events:

Further details soon on the social networks of Edizioni BD and J-POP Manga and in the news section of the site.