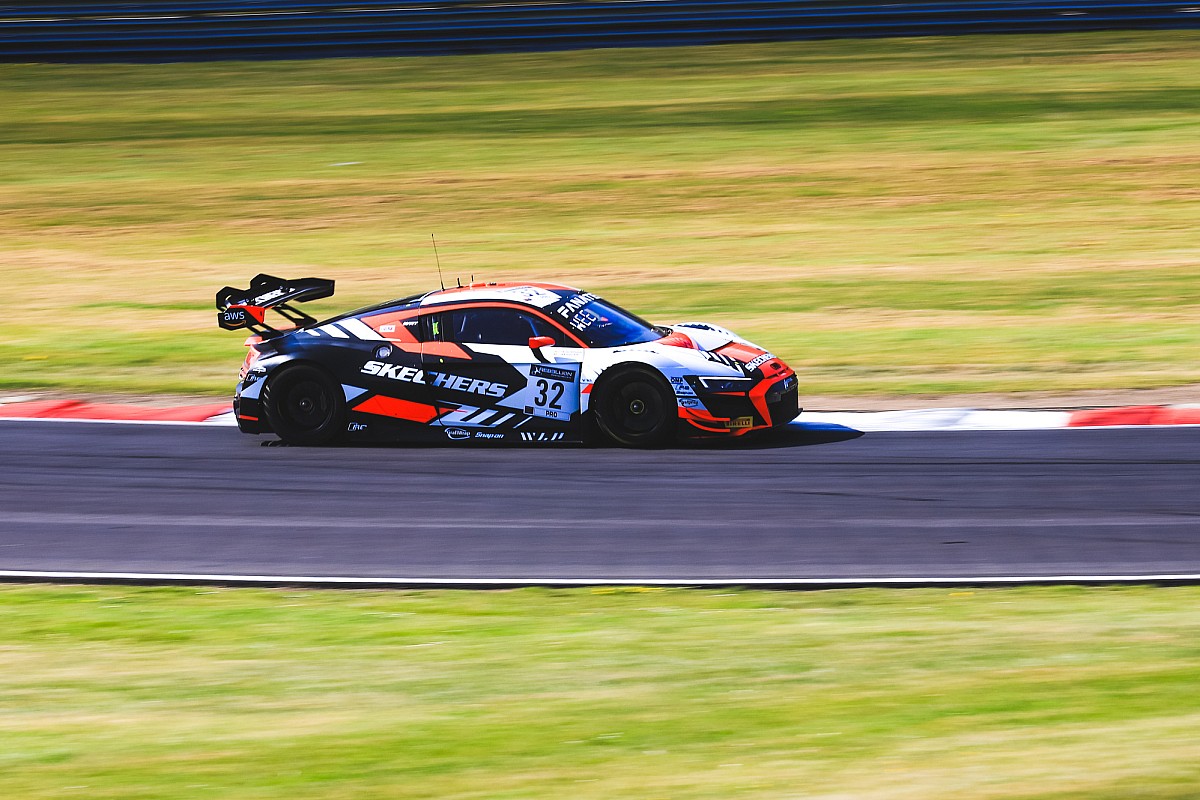 Team WRT wins Race 1 of the GT World Challenge Europe-Sprint Cup at Magny-Cours thanks to the excellent performance of the reigning champions, Charles Weerts / Dries Vanthoor.

The crew of the Audi R8 LMS # 32 managed to take command of operations after the whirlwind of pit stops, as Weerts at the start had slipped third, but regained the place of honor before handing over the wheel to his colleague.

Vanthoor then managed to climb over the Audi # 11 of Tresor by Car Collection in the hands of Christopher Haase – who had inherited it from poleman Simon Gachet – and to run away, passing victorious under the checkered flag.

Haase, on the other hand, was overtaken by the indisposed Raffaele Marciello, who with the Mercedes-AMG # 89 of Akkodis-ASP stood out as usual in a furious stint, recovering seconds after seconds to the sound of fast laps, after his comrade Timur Boguslavskiy had started the race in the Top5.

‘Lello’ tried the final assault on the Audi-WRT, but had to settle for the second step of the absolute and PRO podium, with Gachet-Haase competing.

Behind them are three other Audis: # 25 by Patric Niederhauser / Aurélien Panis (Saintéloc Junior Team) is fourth, while fifth is # 12 by Mattia Drudi / Luca Ghiotto (Tresor by Car Collection), authors of a good recovery from the center of the group with a good pace from both Italian riders.

With the sixth final place, the R8 # 26 of Gilles Magnus / Nicolas Baert gives the Saintéloc Junior Team the triumph in the Silver Cup Class, keeping behind the other two rival cars in the category that we find in seventh and eighth overall.

These are the AF Corse Ferrari 488 # 53 in the hands of Ulysse De Pauw / Pierre-Alexandre Jean and the Mercedes # 87 of Akkodis ASP driven by Casper Stevenson / Thomas Drouet; the latter has something to complain about a skid on lap 21, with Stevenson losing control of his car and some positions when he found himself in front of Ghiotto, just out of the pits.

Eleventh is Thomas Neubauer / Benjamin Goethe in the Audi # 30 of Team WRT – fourth Silver – followed by the Porsche 911 GT3-R # 54 of Christian Engelhart / Adrien De Leener (Dinamic Motorsport), while the other 911 of the Italian team (# 56 ) slips back due to a spin by Giorgio Roda in the early stages of the race.

A double from McLaren arrives in the PRO-AM Class: the 720 S # 188 of Garage 59 imposes itself with the duo Miguel Ramos / Dean Macdonald in front of the # 111 shared by Patryk Krupinski / Christian Klien (JP Motorsport), who had to defend themselves in the final from the attacks of the AF Corse Ferrari driven by Cédric Sbirrazzuoli / Hugo Delacour (# 21).

Down from the category podium remains the 488 # 52 of their teammates Andrea Bertolini / Louis Machiels.

Valentino Rossi / Frédéric Vervisch’s race ends with a small comeback from 22nd to 15th overall (10th PRO). The ‘Doctor’ started cautiously behind the wheel of Team WRT’s # 46 Audi, then showed off with an unceremonious overtaking against Krupinski, with contact at the ‘Lycée’ corner that made McLaren go wide (on the which the commissioners have flown over).

After passing Ramos too, the Italian then handed over the wheel to his Belgian teammate, who got behind a couple of other rivals, but now too far from the positions that counted to get back on top.

See also  Rafael Nadal and Roger Federer, together again: they will compete as a team

Liga MX: These are the squad from Atlético San Luis to visit Pachuca in the quarterfinals