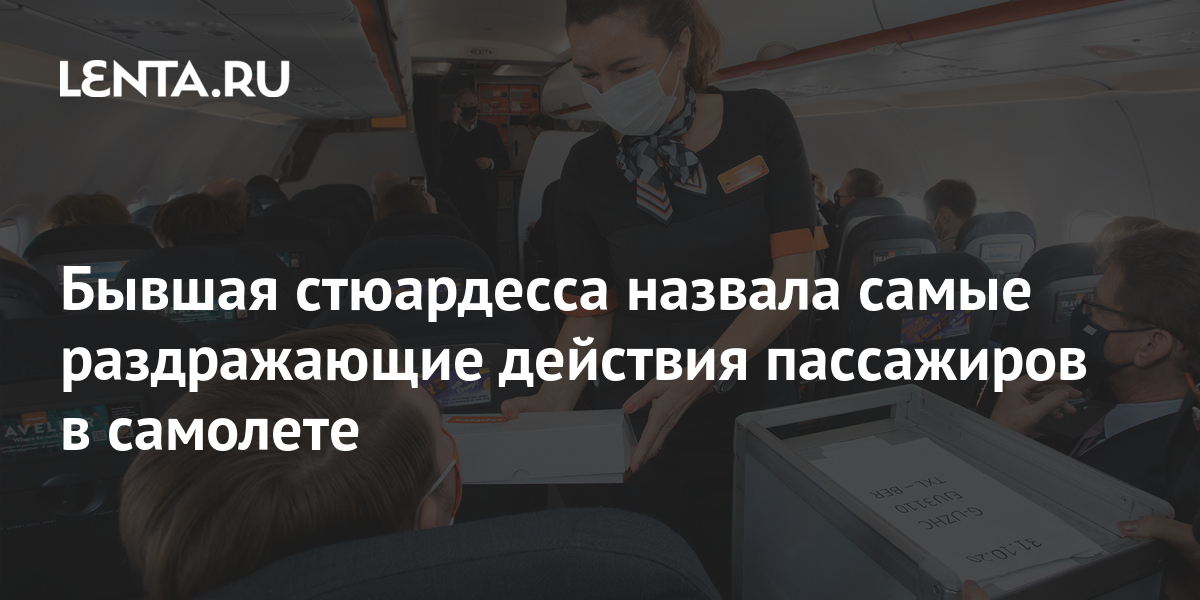 Former stewardess of American airlines Arina Bloom called the most annoying, according to members of the flight crew, the actions of passengers on board the aircraft. The publication writes about it The Insider.

So, according to her, airline employees are pissed off by tourists who go to the toilet during a demonstration of rescue equipment and briefings in case of emergencies. “When passengers get up during a safety briefing, we need to stop, wait for them to return, and then start all over again,” she complained. “Travellers are advised to remain seated and wait until the seat belt sign goes out.”

In addition, Bloom admitted that crew members do not like it when tourists ask them to put their hand luggage on the top shelves. The girl noted that this is not the responsibility of flight attendants, so she advised passengers to place their luggage on the plane themselves.

Another annoying habit of travelers is their reluctance to flush down the toilet. “If you don’t know exactly how to use the toilet on the liner, feel free to ask for help, but don’t leave without flushing,” the former flight attendant asked.

Also among the unpleasant actions of passengers, she called drinking alcohol brought with her during the flight, stealing life jackets and walking on an aircraft without shoes.

Earlier in February, marketer for one of the international airlines, Megan Homme, called travelers the main risks of flying the last flights. She said that if a tourist booked the first day’s flight, they were less likely to experience a change in flight schedules.