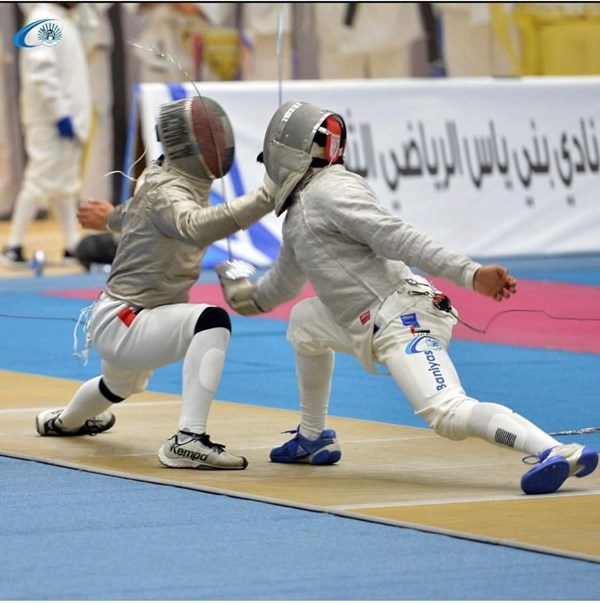 The Hamdan bin Mohammed Sports Complex in Dubai is ready to receive fencing stars in the World Championship for Youth and Juniors, which will be held from the 2nd to the 10th of next month. 95 countries so far, and it is expected that the total number will reach 1,660 players from 102 countries.
The duo, Hamed Al Mazmi, “Sharjah Sports Club”, the leader in the U-20 classification among our team’s players, and Laila Al-Sa’iri “Bani Yas Club”, the first under-17 classification for players at the FIFA camp, which is currently held in Dubai before the start of the global event, where the International Federation selects Some qualified players from different countries to train and prepare them well before the start of the competitions.
Osama Adel, the coach of our national team, expressed his optimism about the next edition of the World Championship, in light of the good preparation of the three weapons (Floret – Saber – Aibi), saying: “There is a great development, and the evidence is the medal and the first places in many recent continental championships, where Hamed Al Mazmi won the Asian bronze. 2022 in Tashkent, Uzbekistan, in the epic armament, and the bronze (Flore) under 20 in the 2022 Asian Championship for the team category.
Osama Adel said: “We are participating with 27 male and female players, which is a large number. Our goal is to achieve the greatest benefit for our players as long as the tournament is held on our stadiums, and the list is from different clubs in the country: Shehab Al-Jaabi, Muhammad Al-Muhairi, Khalifa Al-Kaabi, Issa Al-Zarouni, Faris Al-Balushi, Mohammed Al-Mazmi, Saif Ahmed, Omar Bel-Salalah, Saleh Al-Balushi, Masoud Al-Muhairi, Hamed Al-Mazmi, Khaled Mubarak, Ahmed Al-Hammadi, Sultan Al-Abri, in addition to the players Noura Al-Buraiki, Al-Hayam Al-Balushi, Shahd Khurram, Zainab Musa, Zainab Al-Hosani, Sheikha Al-Zaabi, Fajr Al-Marzouqi. Aisha Obeid, Azza Al Kaabi, Shamma Al Shehhi, Laila Al Sa’iri, Asilah Al Zaabi, Afra Al Balushi.
For his part, Ibrahim Khaled, Executive Director of the Federation, said: “This is the first edition of the World Championship to be held in the Gulf region, and the third at the level of the Arab world, after Egypt and Jordan hosted this great event, and there are two meetings of the game at the level of the Asian continent and the Arab world, “Thursday” the elections for the Arab Union, in addition to the meetings of the Asian Union scheduled for next April 3rd.

Health - Microplastics flow in our blood: what effects can they have?