Dakar | Audi solves the problems and touches a sensational hat-trick! 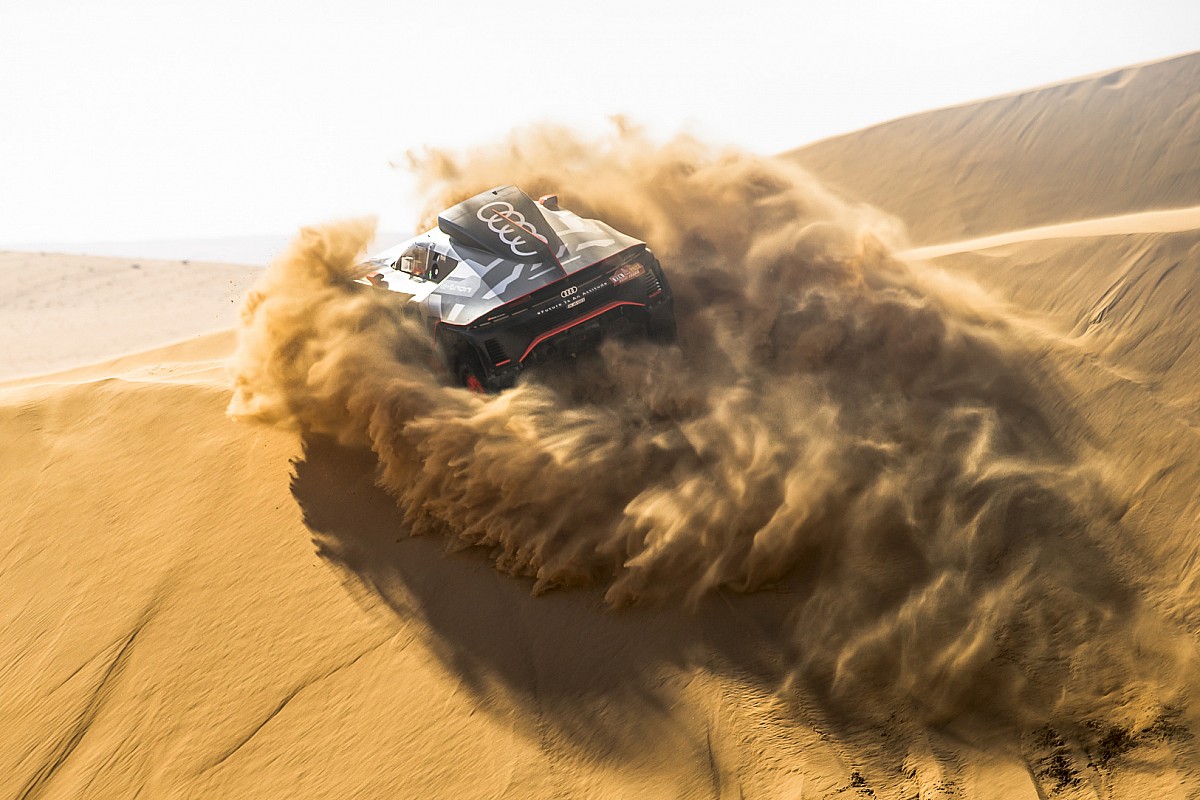 It is a great celebration at Audi with the victory of Mattias Ekström in stage 8, which joins that of Carlos Sainz, fourth today, and the excellent second place of the day by Stephane Peterhansel.

Three cars in the top four are an incredible success for the German manufacturer. With the eventuality that a penalty is imposed on Loeb, not yet formalized, it could be the first podium of the new era under the banner of the House of the four rings.

We talked about it with the team manager, Sven Quandt.

Another beautiful victory. Did he expect it?
“I am very happy for Mattias. To see a rider like Eki win with only 12 months of cross country experience is incredible. We believed in him and he paid off with his results. And then I have to congratulate Emil (Bergkvist) who started sailing just a year ago and only played five races ”.

Ekstrom confessed that he still feels like a rookie in the discipline. For him the dunes are still the biggest challenge …
“Eki is doing a fantastic job and has proven to be very strong not only on the track, but also in rallying and cross country.”

See also  Europa League: confirmed all the games of the playoffs for access to the round of 16

Could it become an all-Audi podium?
“Three cars on the podium would be a historic result, beyond all expectations. I would also be happy with a first, second and fourth place because honestly Loeb gave us an incredible show today. The guys had a great battle and Sebastien deserves third place ”.

The second week got off to a good start and the balance would be positive if it hadn’t been for the first leg with Carlos Sainz’s navigation mistake and the breaking of the rear suspension triangle on Peterhansel’s RS Q e-tron …
“We knew that our real weakness was that we didn’t have a race before the Dakar. This would have allowed us to arrive more prepared. But the Dakar is the Dakar. It pushes drivers and vehicles beyond the limits. We did almost 9,000 kilometers of testing in Morocco and we had never had that kind of problem so we were the first to be surprised ”.

What happened?
“Definitely a piece that we hadn’t tested enough. We have understood and fixed everything and, in fact, in the last two days we have had no more problems ”.

Finally, looking ahead: will Audi be at the start of the FIA ​​World Rally Raid Championship?
“We won’t be there. Registration is now closed. But we couldn’t register without seeing the results on the Dakar first. I don’t find it right, but that’s the way it is ”.