Dakar | Al-Attiyah: “Strong because we run a lot, others don’t” 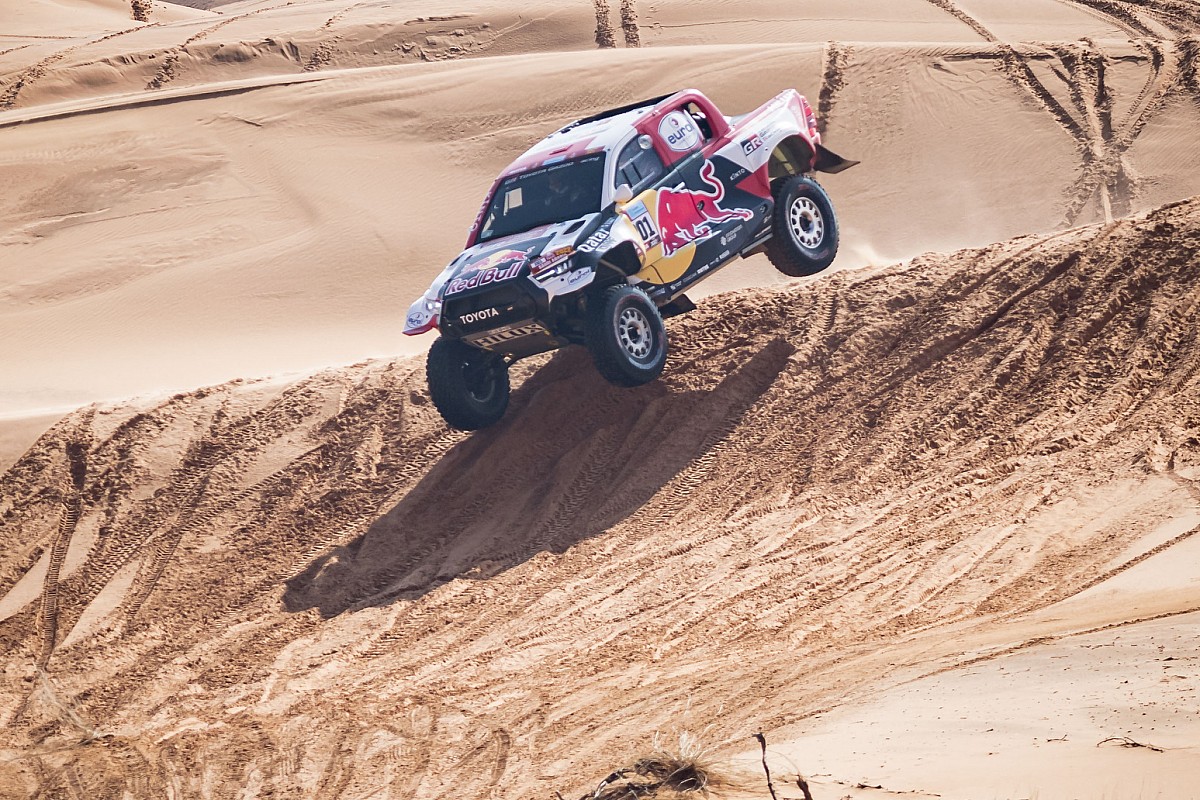 The years spent battling the technical supremacy of MINI buggies seem to be over for Nasser Al-Attiyah, who, at the end of the first week of the Dakar race, is firmly at the top of the overall Car standings with a 50 minute lead and 19 seconds against the first of the rivals, the Saudi Yazeed Al-Rajhi.

During the day of rest of the Dakar, the Toyota Gazoo Racing South Africa team driver allowed himself to the microphones of Motorsport.com, immediately underlining this aspect: the new Dakar regulation has made everything more equal and allows the drivers to do more the difference.

“We have been asking for it for a long time. If we have equal regulation with respect to buggies, we can win the Dakar. In this race there is no time to relax. We have to be strong every day, without having any problems.”

“It seems that our car is working very well every day. I try to take care of my vehicle, I try not to damage it. I am quite happy with the advantage I have managed to accumulate so far.”

The first, real stage of the Dakar 2022 – recognized as 1b – immediately made a selection and allowed Al-Attiyah not only to take the edge on rivals, but also to find behind a few of those most accredited for the final victory. Among the illustrious victims of the first stage valid for the general classification there was Carlos Sainz, who, on several occasions, complained about the roadbook that put in difficulty not only him and his navigator Lucas Cruz, but many other competitors experienced and less experienced in other categories.

Al-Attiyah, however, does not want excuses in this regard: the roadbook was the same for everyone and, in his opinion, the best could make a difference. Those who run only the Dakar found themselves more disoriented, while those who, like him, run for several months in the Cross Country, were able to take advantage of the situation.

“It is not my problem what happened in the first stage. We are doing a lot of rallies, while many are just coming to compete in the Dakar. It is not our problem. Furthermore Matthieu Baumel (his co-driver, ed) is one of the best co-drivers in the world. in cross country “.

In the now famous first stage of the current edition of the Dakar, many have had difficulty with the WayPoints to find. Among them Carlos Sainz, who lost over two hours to find one. Sen Quandt, head of Audi partner firm Q Motorsport, said in an interview with Spanish TV that Al-Attiyah was aware of a few more details of the stage in question than the rest of the caravan.

Although Quandt later clarified his comments in a further interview released a few days later, Al-Attiyah attacked the Q Motorsport boss: “I think he needs to respect the Dakar organization more. It’s not fair to say anything. like that. I’m really sorry for Carlos, but I don’t think what Quandt said about the organization was right. “

“It means that last year and before last year, when Sainz was winning with the X-Raid MINI team, maybe he got some help too. That can’t be said. We have to respect everything and that’s what we need. for this sport “.

“Sven and Carlos sometimes go out of line, but for me if we look at some past edition of the Dakar, Sainz’s co-driver, Lucas Cruz, has always made a mistake. It’s normal.”

“I know Lucas. He needs to compete, because beyond the Dakar he doesn’t do other races. He races in the Dakar, then he races 12 months later, again in the Dakar. It is normal that mistakes can then be made”.

“We won the last Cross Country World Cup right here in Saudi Arabia, so we knew what could happen to the Dakar. You have to come here and compete, not stay at home and only race in the Dakar.”

“We are working very hard, we participated in 4 races and in 2021 we won them all. It is certainly no joke. We try to work hard and win this race. And now, with the same cars, here it makes a difference. I’m happy. to have this regulation and we must respect the organization “, concluded Al-Attiyah.

Haaland shattered: could be off the pitch until 2022