Czech President Milos Zeman has appointed a new head of the country’s government. It is reported by RIA News…

This is Petr Fiala, leader of the Liberal Coalition Together, which won the parliamentary elections on October 8-9.

During the ceremony, he was separated from the rest of the participants by a special wall, while maintaining visual and sound contact between them. All those present were wearing respirators.

Earlier, Zeman accepted the resignation of the Conservative government under the leadership of the Prime Minister of the Republic Andrei Babish. The resignation was due to the election victory of the liberal coalition, which is to form a new cabinet. At the same time, Zeman asked the members of the current cabinet to fulfill their duties until the approval of the new list of government members.

On October 9, the next parliamentary elections were held in the Czech Republic. The victory was won by the “Together” coalition, which consists of three opposition liberal parties. After the elections, the liberals began negotiations with another liberal coalition, which also made it into parliament, consisting of the Pirate Party and the Elders and Independents movement. 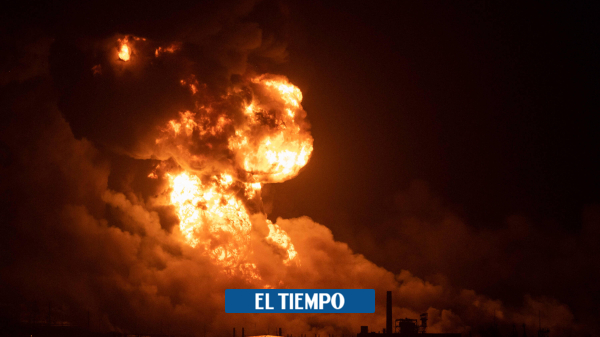 Cuba: a third fuel tank collapses in a serious fire in Matanzas

A third tank collapsed this Monday in the industrial area of ​​fuel depots in the city of Matanzas (western Cuba),...

Kaspersky: the role of cybersecurity in smart cities

According to the latest report by Kaspersky on the IoTthe smart cities are the most common area of ​​use of...

Supercharger with swimming pool: the Tesla idea in Hilden | FormulaPassion.it

The Ladepark Seed & Greet is located in Hilden, on the outskirts of Düsseldorf, and has been defined by many...