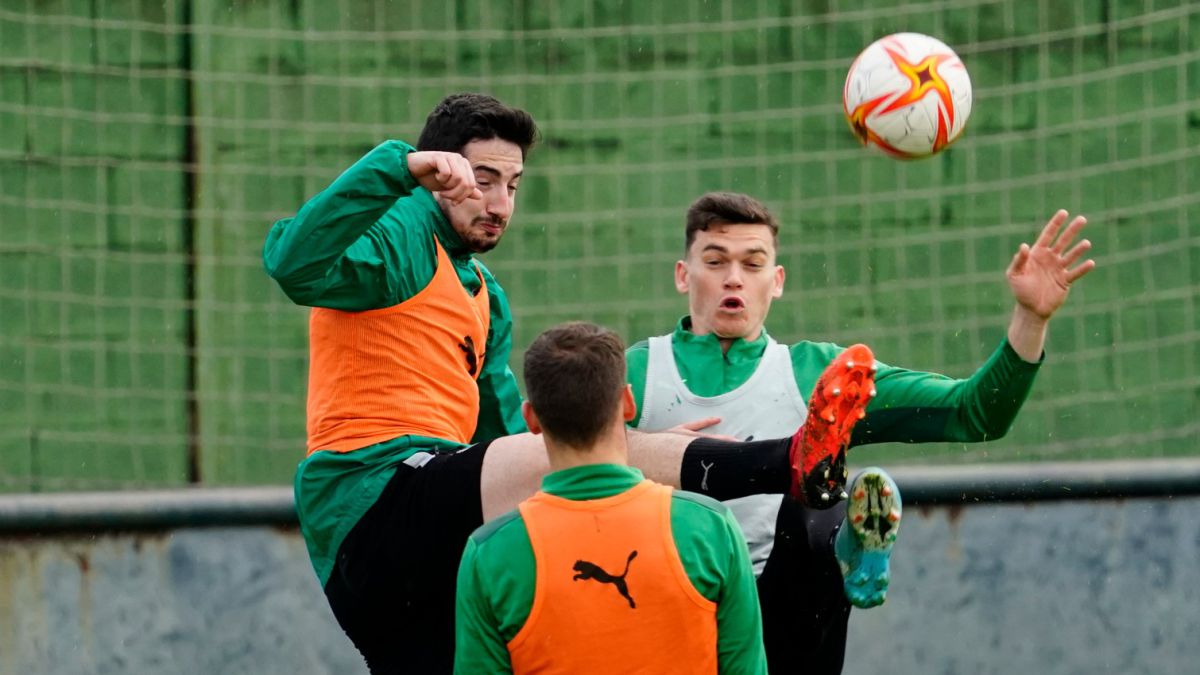 Guillermo Fernández Romo was very happy this morning to see Pablo Bobadilla train 100% and to learn that the MRI they did yesterday on Unai Medina revealed nothing more than a slight sprain, Grade I, on the left ankle, which has allowed him to put on his boots.e tacos today and start working with the team’s recuperator, José Ángel Gutiérrez. Bobadilla will be available to play on Sunday in Talavera de la Reina and Medina, who could force if necessary for this weekend, will certainly be there for the game on the 9th against Cultural in El Sardinero.

The small fiber break that Bobadilla suffered during the match against Unionistas, although he endured 90′ on the pitch, came just when he was going through his best moment of form. The circumstance occurs that the muscular problems of the Nájera defender are cutting his season repeatedly. And he does it, moreover, in blocks of six games: a preseason injury caused him to miss the first six days of the league, then he played from 7th to 12th, he was again absent due to injury from 13th to 18th and played the 19th to the 24th. Whenever he played, he did so from the start and the entire game (except in the duel against Bilbao Athletic, in which he broke at 14′).

After confirming yesterday an MRI the lightness of his sprain, Unai Medina has put on his boots today.

Nacho’s entry in which the Basauritarra’s injury occurred.

As soon as the entrance occurred, Unai realized that he could not continue.

Unai Medina is the other player in the squad who is having the most problems with injuries, to the point that he has had to be substituted in four games (Calahorra, Badajoz, Racing de Ferrol and Real Unión) for that reason. On the last occasion, last Sunday, it was not a fibrillary problem but an ankle sprain caused by an entry by Nacho from Irundarra in the first minutes of the second half. A sign of the confidence that Romo has in him, the same as in Bobadilla, whenever Medina has played he has been as a starter and has never been substituted, except for injury.

One of the fittest players on the team, Álvaro Mantilla has four yellow cards and is on the verge of suspension, so it is vital for the racinguista coach to be able to count on Bobadilla and Unai Medina, the alternatives to the two positions occupied by the man from Camargue, ahead of the Talavera matches and the Cultural. In principle, on Sunday Romo will once again mount the defense of four central defenders, Mantilla, Bobadilla, Pol Moreno and Satrústegui, who have given him such good results in the last month.

Another soccer player he left the game against Real Unión before time and Arturo Molina was in pain. The Murcian suffered a knee in the chest from former racing player Jagoba Beobide, fortuitously since it was the result of a slip by both players, which continues to bother him although it does not prevent him from training. Arturo has completed the session at the same pace as his colleagues, although he repeatedly put his hand to his heart, the place, more or less, of the impact, with a clear gesture of pain. He will be available to Talavera anyway.