Belgium on Monday begins legal proceedings in its largest-ever trial to determine whether 10 men took part in the 2016 suicide bombings in Brussels that killed 32 people and wounded more than 300.

More than six years after the attacks, Presiding Judge Lawrence Massart will today determine the identity of all parties to the case, including the defendants and lawyers representing nearly a thousand people affected by the attacks.
Massart will then speak to the jury, which was chosen from a group of 1,000 Belgians last week in a 14-hour process.

There is a clear link between the trial and the one France conducted over the November 2015 Paris attacks. Six of the defendants in the Brussels bombings were sentenced to prison terms ranging from 10 years to life in France in June, but the Belgian trial will be different in that it will be decided from By a jury, not a judge.

The double bombing at Brussels Airport and the detonation of a third bomb in the city’s metro on March 22, 2016 killed 15 men and 17 women of various nationalities, many of whom reside in Brussels, which includes European Union institutions and NATO headquarters.
Nine of the ten men are charged with multiple murders and attempted murder in a terrorist context and carry possible life sentences, and all have been charged with participating in the activities of a terrorist group.
Prosecutors are expected to begin reading the 486-page indictment on Tuesday, before the start of hearings for some 370 experts and witnesses.

See also  Ukraine, Germany to Russia: "We support Kiev but we are not at war" 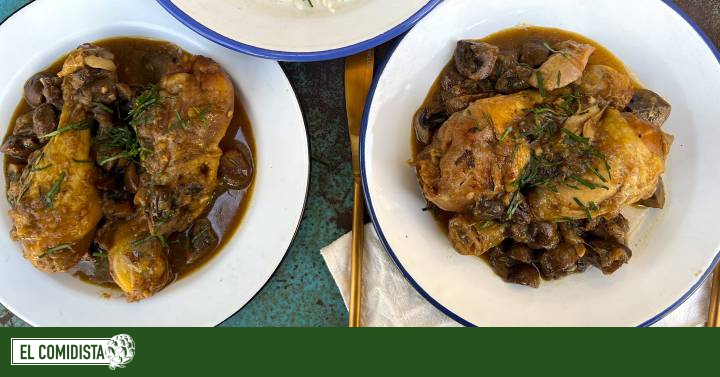 Chicken thighs with mushrooms and fino

Few snacks remind me more of childhood than chicken thighs: although normally in El Comidista we are more of a...

Alfonso Signorini absent from Francesca Cipriani's wedding, he was supposed to be the best man at the wedding: here's who replaced him