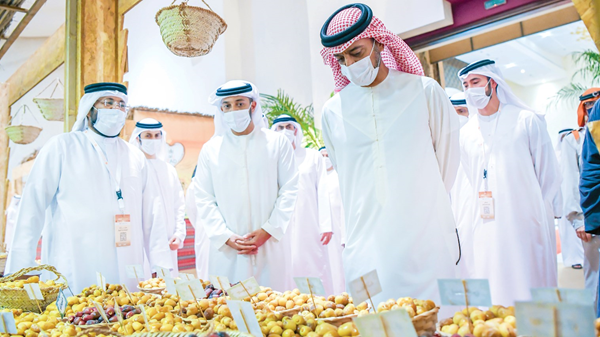 The festival activities began with the arrival of His Highness, the Crown Prince of Ajman, to the Emirates Hospitality Hall, where he was received by Sheikh Abdulaziz bin Humaid Al Nuaimi, Chairman of the Tourism Development Department in Ajman. Adequate explanation from those in charge of the farms about the ways and how to take care of the process of planting seedlings, examining and treating the soil and determining the locations of seedlings according to the existing distances, the irrigation system and soil fertilization.

See also  “Health” and “Emergency and Crises”: Implementing the green traffic system at the national level

interest
Sheikh Abdulaziz bin Humaid Al Nuaimi expressed his deepest thanks and appreciation to His Highness Sheikh Humaid bin Rashid Al Nuaimi, Supreme Council Member and Ruler of Ajman, for his unlimited support for the Liwa Ajman Dates and Honey Festival, which is a true embodiment of His Highness’s great interest in the agricultural sector in general and palm cultivation. And the production of dates in particular to consolidate the position of date palms, dates and dates as a symbol of the originality of the past, good for the present and a guarantee for tomorrow because the date is closely linked to the authentic heritage of the UAE, noting that organizing this event comes within the framework of the strategic plans of the Department of Tourism Development in Ajman, to achieve an effective contribution to fortifying food security. To support and develop the palm plantation and date production sector at the local level.