Al Ain concludes the first phase of the summer camp 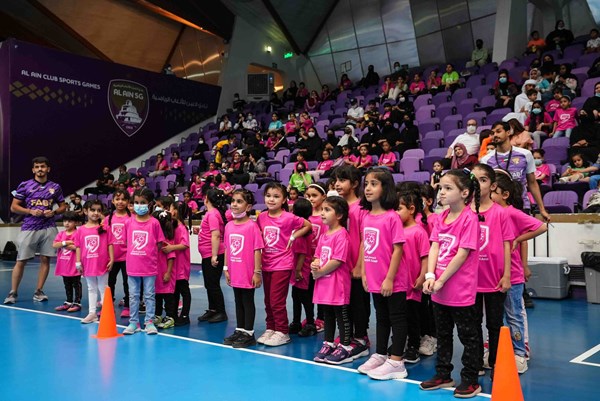 Al Ain concluded the activities of the first phase of the summer camp, in the Khalifa bin Zayed Hall, in partnership with the Professional Association, for the age group from 4 to 13 years, amid wide participation and a remarkable turnout, as parents were keen to register their daughters.
Al Ain announced its organization of the summer camp for girls, which is scheduled for two phases during July and August, where the first phase started on July 4 and concluded on the seventh of the same month, while the second phase will start on the first of next August and end on the fourth of the same month.
The Professional League launched the “Summer Camps” initiative, in partnership with clubs, to expand the base of football practitioners and involve parents, in line with the League’s strategy and the club licensing and development initiative to give everyone the opportunity to practice football and provide a broader base for selecting promising talents in the Emirates.
The camp activities were launched during the summer holidays for schools, starting from July, and for children from 4 to 13 years old, to be open to all families residing in the country, between Mondays and Thursdays of each week. Ajman from 11 to 14 July.
The camps come with the aim of providing sports activity for children, ensuring enjoyment of play, finding friendships within the club’s vicinity, holding an event that brings together children, families and people of determination, and working to increase the fan base of the clubs.