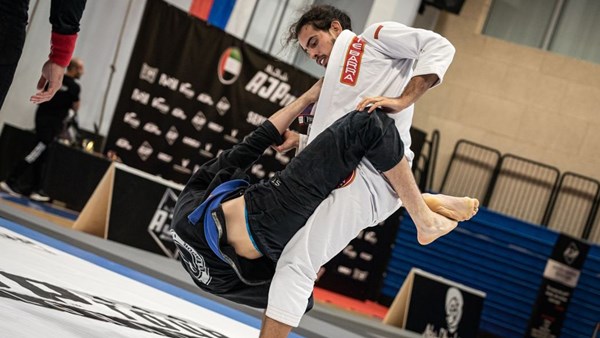 Abu Dhabi (WAM)
The Abu Dhabi Professional Jiu-Jitsu Association has completed its preparations and has put the final touches to organize 6 major tournaments under the names of the Continental League, the Grand Prix and the International League, in cooperation with local federations and partners in Brazil, the Netherlands, and the Canary Islands, where each city hosts two tournaments on the 17th and 18th of this September. .

Tariq Al Bahri, Director General of the Abu Dhabi Professional Jiu-Jitsu Association, confirmed that the Association is keen to distribute its championships, which amounted to more than 120 championships per year, to various continents of the world, to contribute to the dissemination and development of the game and to provide the best competitive environment for its practitioners in various categories and ages, noting that Abu Dhabi She succeeded with distinction in moving jiu-jitsu from the stage of hobby to the stage of professionalism, by adopting the highest quality standards in organizing tournaments, applying the best programs for publishing and developing the game, and creating champions, as well as providing rewarding financial prizes to the winners, and extensive media coverage.
He said: All the previous data contributed to the adoption of jiu-jitsu in many international organizations, on top of which are the World Games, the Asian Games, the Futsal Games, and the Beach Games, thanks mainly to Abu Dhabi, which has become the headquarters of the International and Asian Federations, and the Abu Dhabi Association of Professional Jiu-Jitsu Which made it the global capital of jiu-jitsu, the capital of international decision-making, and the largest developer of that sport in the world.
Al-Bahri added: “We have clear instructions from Abdel Moneim Al Hashemi, President of the UAE and Asian Federations, First Vice President of the International Federation, to increase the number of tournaments around the world, and to reach our services for more than one million players within a short period, and we are working according to that strategy to achieve more dissemination of the game and develop the performance of its practitioners.” .

See also  The UAE and Egypt.. 50 years of solidarity

Yesterday evening, the international league competitions were concluded in the Serbian city of Belgrade with the participation of hundreds of players, where 58 gold, 53 silver and 20 bronze medals were distributed.

In terms of countries, Serbia topped the competition with 37,600 points, Bosnia and Herzegovina came in second with 11,200 points, while third place went to Bulgaria with 5,600 points, while Gracie Baja won the best academic award in the tournament.