Will Brazil bet on strengthening the BRICS? 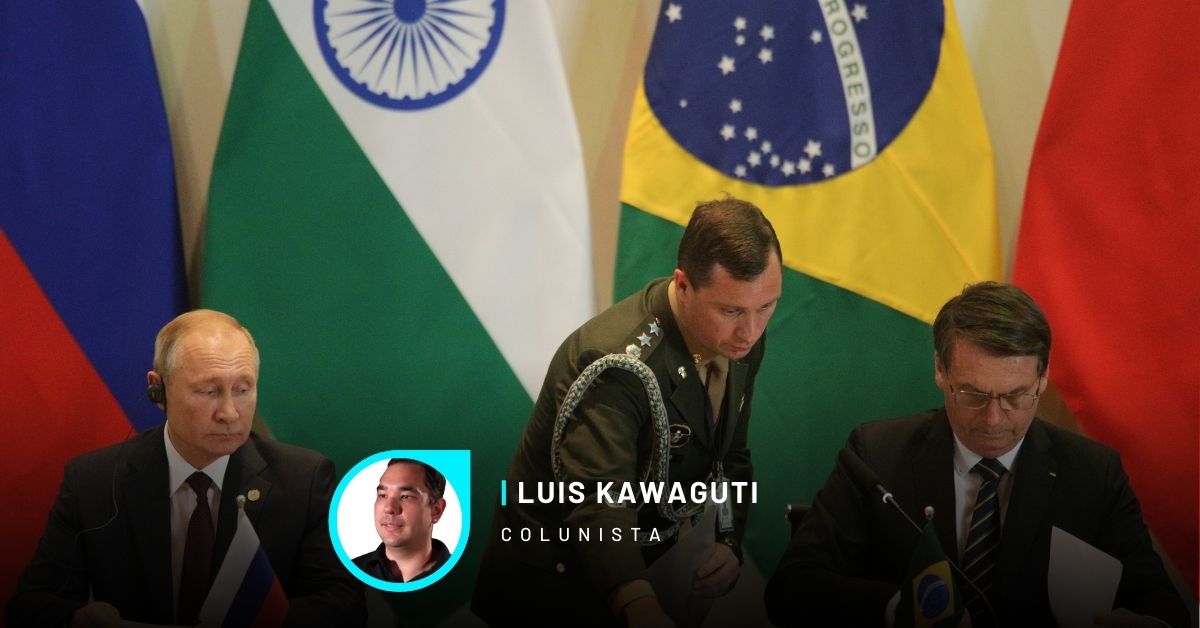 At a virtual meeting of the BRICS (Brazil, Russia, India, China and South Africa) on Thursday (19), Chinese Foreign Minister Wang Yi defended the inclusion of more nations in the bloc of emerging economies. This seems to be a great opportunity for Brazil to embark on an alliance that seems to be strengthening in the context of sanctions on Russia over the invasion of Ukraine, right?

Not necessarily, at least not in the context of the current Brazilian government. The administration of Jair Bolsonaro sees with some suspicion the possibility of a deeper entanglement with the BRICS, especially with China – according to this columnist found out at the top of the Brazilian government.

So why did the Bolsonaro government approach Vladimir Putin before the invasion of Ukraine and now its diplomats seem to be juggling criticism of Moscow in international forums? This occurred at the UN Human Rights Council, on the 12th, when Brazil tried to soften words critical of Russia in the vote on a resolution. And it happened again on the 19th, when all the BRICS defended that Russia should not be excluded from the G20 – as US President Joe Biden had signaled.

The main answer to this attitude is the dependence of Brazilian agribusiness on Russian fertilizers, which today represent a quarter of Brazilian imports of this type of product.

For now, Moscow’s fertilizer purchases are not subject to US sanctions – which are worried about a possible global food crisis. Brazil even managed to negotiate quotas for the product that, before the sanctions on Russia, would have been destined for the European market.

In the background, comes the Brazilian interest in trying to acquire military technology from Russia, as I reported in last week’s column.

The Itamaraty, in turn, claims that it adopts a balanced position in relation to Russia. The ministry advocates, for example, that an independent investigation be carried out before war crimes accusations are made against Russian military operations in Ukraine. He is also supportive of the idea that an intact G20 can help lift the world out of economic crisis.

At the BRICS meeting, its members also defended the usual agenda of increasing the influence of emerging countries in the bodies that define the norms of international trade. Foreign ministers also reiterated their commitment to multilateralism, in which sovereign states cooperate for peace through the UN.

The agenda of multilateralism

Russia’s invasion of Ukraine has been interpreted by many international analysts as an attempt by Moscow to challenge American global hegemony in the name of a multilateral world order.

Some readers who were unhappy with the shortcomings of Western democracies and who saw a predatory character in the eastward expansion of NATO (Western Military Alliance) then began to applaud Russia. I talked to some of them and realized that they started to see Moscow and Beijing as Brazil’s new natural allies.

Sorry to frustrate you, but that shouldn’t happen for now.

The current administration has a number of criticisms of the West’s position on the environmental issue in the Amazon, for example, but this does not mean automatic alignment with US and European rivals.

The issue of the Amazon is emblematic. This is because many people saw last year Moscow’s supposed support for Brazil, with the UN vetoing a proposal according to which international security issues related to climate change should be decided in the UN Security Council. The fear was that the fate of the Amazon could be decided at the United Nations.

But Moscow’s veto was, in fact, to protect its own interests, as it owns a forested area even larger than the Amazon, in Siberia.

In other words, even though it is critical of American and European positions, Brazil is concerned about the increasing economic dependence on China. There is growing fear about Beijing’s allegedly “predatory” expansion into Africa and South America. Furthermore, the commercial appetite of Russia and India is also far from being viewed with sympathy by Brazil.

This does not mean that the country will move away from the BRICS (because that would be very difficult diplomatically). But it seems that Brasília is not going to bet on an unrestricted deepening of relations with the bloc. This is even in a scenario in which the BRICS gain greater strength and importance due to a possible rapprochement between Russia and China, due to the invasion of Ukraine.

In other words, the most likely perspective is that Brazil will maintain its position of pragmatism, closing the most advantageous agreements, but without investing in any network of international alliances.

Of course, all this could change with this year’s elections in Brazil. There is a possibility that the perspective of alignment with Russia and China will find greater support in eventual candidates from the left – a political segment historically more friendly to these powers. But we will need to hear the candidates’ proposals before delving into this type of analysis.

Does the US want to avoid war with Russia or support Ukraine’s victory?

What we can expect from now on in the international context is a possible rapprochement between Russia, India and China. Moscow must enter this game with its sources of energy and raw materials and Beijing and New Delhi with its manufacturing capacity.

Fearful of the blockade of Russia’s international reserves in dollars, because of the war, China is also expected to intensify its tendency to do business with its national currency, the yuan, to the detriment of the dollar.

The United States, for its part, must try to capitalize on China’s lack of appetite to criticize the Russian-promoted war. It is almost certain that Washington will again try to curb China’s growth in global influence, this time using Beijing’s support for Moscow as an argument.

Americans also face a dilemma regarding the war in Ukraine, according to an editorial in The New York Times published last week: support Ukraine until total victory, even if that takes time, or try to minimize the possibility of a direct confrontation with the Russia.

Washington approved a $40 billion financial and military aid package for Kyiv in the Senate on Thursday. But isolationist Republicans are already starting to criticize and the American coalition that supports Ukraine could fall apart in the future.

See also  Robotics | The robots learned to walk in class and photographed themselves - according to the researcher, the robot took a step towards self-awareness

Supporters of increased aid to Ukraine against Russia argue that only a complete victory over Moscow on Ukrainian territory will guarantee peace. According to them, a peace agreement at the moment would only postpone a new war and give the Russians time to prepare better.

The other current of thought argues that it would be better to try to convince the Ukrainians to cede territory to reach a peace agreement. By shortening the duration of the conflict, the possibility that a miscalculation could escalate the conflict into a direct war between Russia and NATO would also be reduced.

“A victory for Ukraine over Russia with the support of the United States and the European Union is technically feasible, but politically it is very difficult to achieve,” said risk analysis specialist and reserve army major Nelson Ricardo Fernandes Silva.

According to him, Russia still has a large amount of troops and equipment to use in the war, while Ukraine operates at the limit of its material resources.

Ukrainian weapons and ammunition factories are being systematically destroyed by Russia. Fuel depots and refineries have been wiped out and Ukraine is already dealing with mobility problems.

Because of this, the flow of weapons and financial aid from the Western powers will have to be increasing for Ukraine to start thinking about a counteroffensive.

“As the effect of these costs takes its toll on European and American economies, the appetite to help Ukraine may begin to wane,” the analyst said.

On the other hand, that doesn’t mean that support is about to end, at least not in the United States. With the approval of the current package, aid to Ukraine reaches US$ 54 billion. That equates to less than a tenth of the US $750 billion annual defense budget.

Washington is now in a comfortable position as it weakens Russia, its geopolitical rival, without the burden of losing soldiers on the battlefield. But fears are growing that this risky strategy will eventually unleash a new global conflict. 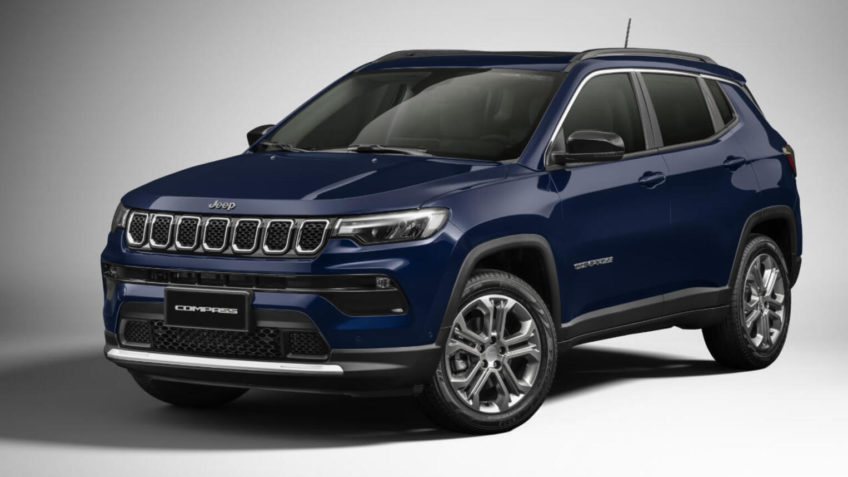 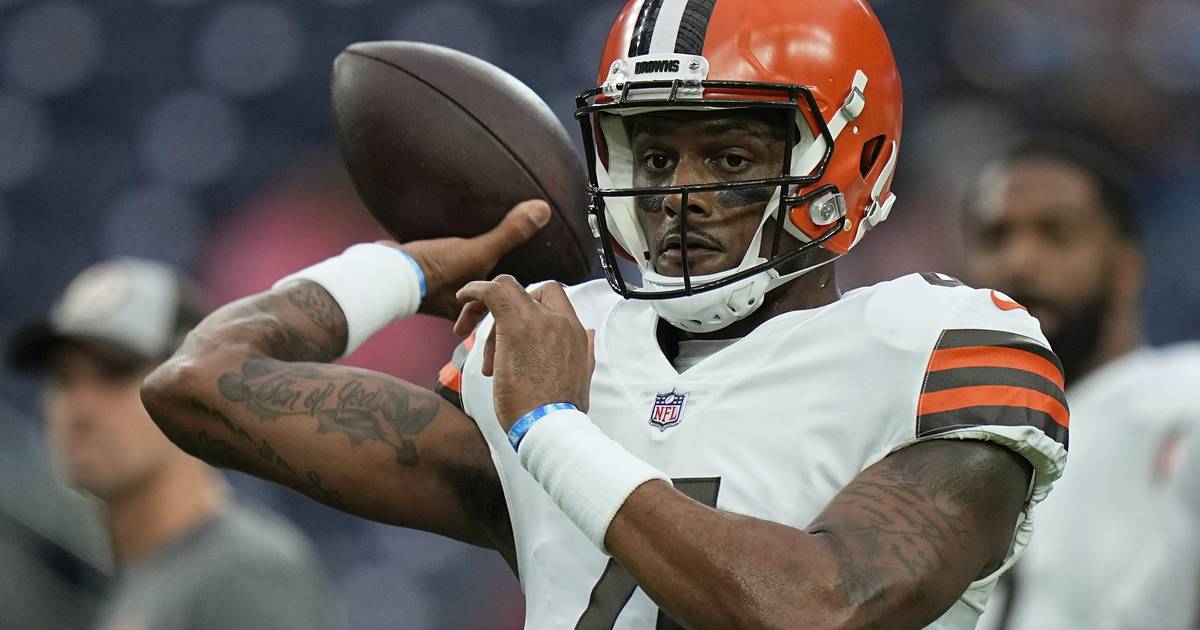