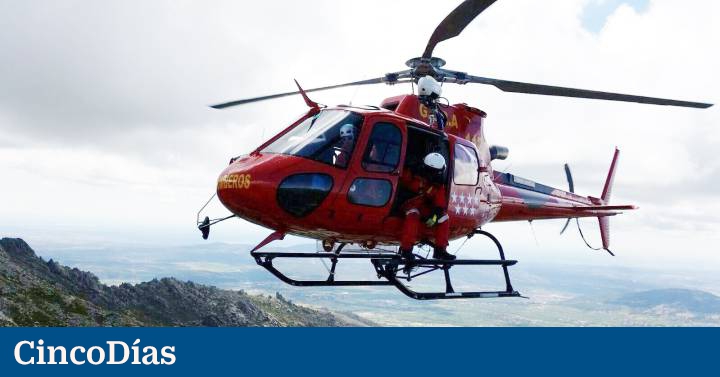 One of the questions that labor consultants and human resources departments hear the most is: at what age can I retire? It is not a simple answer because the Spanish law collects numerous casuistry when it comes to accessing retirement: according to age, time contributed, amount of pension that can be obtained, but also depending on what profession one has.

In fact, the Social Security law establishes eight groups that, due to their “exceptionally arduous, dangerous, toxic or unhealthy nature and that show high rates of morbidity or mortality” can retire before the rest of the workers, without experiencing the penalties and cuts in the amount of which are applied to ordinary early withdrawals.

These groups are the following: workers included in the Mining Statute; air worker flight personnel; railway workers; artists; bullfighting professionals; firefighters at the services of the Administrations and public bodies; members of the Ertzaintza; and local police. The law recognizes different variables for each of them to advance their ordinary retirement age (since 2008 these advance formulas serve to access partial or early retirement). In most cases (except for artists and bullfighting professionals), the rule uses the same mechanism for all: it sets a coefficient (different for each profession and professional category) that is multiplied by the effective years of work contributed by the worker. The result is the number of years that you can advance your retirement. Although, there is a limit: the resulting retirement age after the application of these coefficients can never be less than 52 years, but it can be from that age (with the exception of firefighters and members of the Ertzaintza, the autonomous police Basque and the local police). These are some details of the affected groups:

See also  How much can I deduct from the rent in the Income and who can be deducted in each CCAA?

Workers included in the Mining Statute. This group, from which wage earners of the Special Scheme for Mining and Coal are excluded, can lower their retirement age since 1985. The coefficient applied ranges from 0.5 for the most dangerous positions, such as interior who do direct ore removal work (pickers, drillers and assistants) to 0.05 of those who do less arduous work outside the mine. Between these two coefficients there are another six that correspond to different categories of mining work. The reductions start from the age of 64. Thus, for example, a drill miner with 20 years of effective work could advance his ordinary retirement by 10 years.

Aerial Works Flight Crew. This group is made up of technical flight crew members, included in the Labor Ordinance for the personnel of aerial work companies. The reduction coefficients that are applied to the number of years actually worked range from 0.40 for pilots and second pilots, to 0.30 for aircraft mechanics, aerial photography operator navigators, technological media operators, aerial photographers and aerial camera operator

railway workers. The coefficients for these workers who have carried out work of a particularly dangerous or arduous nature will range between 0.15 for the chief engineer or machinists and 0.10 for some twenty technical professions such as track machine operators, forgers, foundry officers or assemblers and their assistants, maneuvers foreman and station specialists, among others.

See also  IMSS Pension: You want to apply for a loan, here we tell you how to do it online, easily and quickly

artists. Singers, dancers and trapeze artists can retire at age 60 without cuts to their pension as long as they have worked in that specialty for 8 years within the 21 years prior to retirement. At the time of requesting the withdrawal, they must be registered with Social Security. The rest of the artists can also retire at the age of 60, but with an 8% penalty on their pension for each year they retire earlier than the legal age at any given time.

Bullfighting professionals. They are the only group among the arduous jobs that do not use the formula of the coefficients to advance their retirement. In this case, the matadors, rejoneadores and banderilleros at 55 years of age, provided that they prove that they are registered and have acted in at least 150 celebrations of these categories. And at 55 years also the bullfighters, banderilleros, picadores and comic bullfighters, with 200 celebrations. Puntilleros at the age of 60 if they have performed in 250 celebrations of any category.

Firemen. To access the advance of the pension, these professionals must be at the service of public administrations or bodies. The coefficient to calculate the years ahead is 0.20. Although, unlike the rest of the groups, the limit to lower the age is not 52 years but 60 years or 59, if the worker accredits 35 or more years of contributions.

Ertzaintza. In the autonomous police of the Basque Country, its troops have a coefficient for the advancement of their retirement also of 0.20. And, as in the case of firefighters, the resulting reduction in years with said coefficient, in no case may mean that the worker retires before the age of 60 or 59 years if more than 35 years of contribution are accredited in the Ertzaitza.

As a particularity of this group and to pay for the financing of these early retirements without penalty, the law provides for an additional type of contribution for common contingencies, both for the employer and for the worker.

Local police. This group has been the last to join the possibility of reducing the ordinary retirement age without cutting the pension. They can access it from January 2, 20219 if they are career civil servants included in the General Social Security Scheme, members of the local police at the service of local entities at their different levels. Its reduction coefficient is also 0.20 for each full year actually worked. The advance limit for this age will not be 52 years, but at most five years before their ordinary retirement age or six years if 37 years of activity are accredited. It will also be necessary to prove, at least, 15 years listed as a local police officer.

Likewise, for its financing there is an additional contribution of 10.6% for all active police officers, which is paid for by municipalities by 8.84% and by officials by 1.76%.