VIDEO: This should be a Fiat Multipla with 1,000 hp (and therefore the fastest in the world) 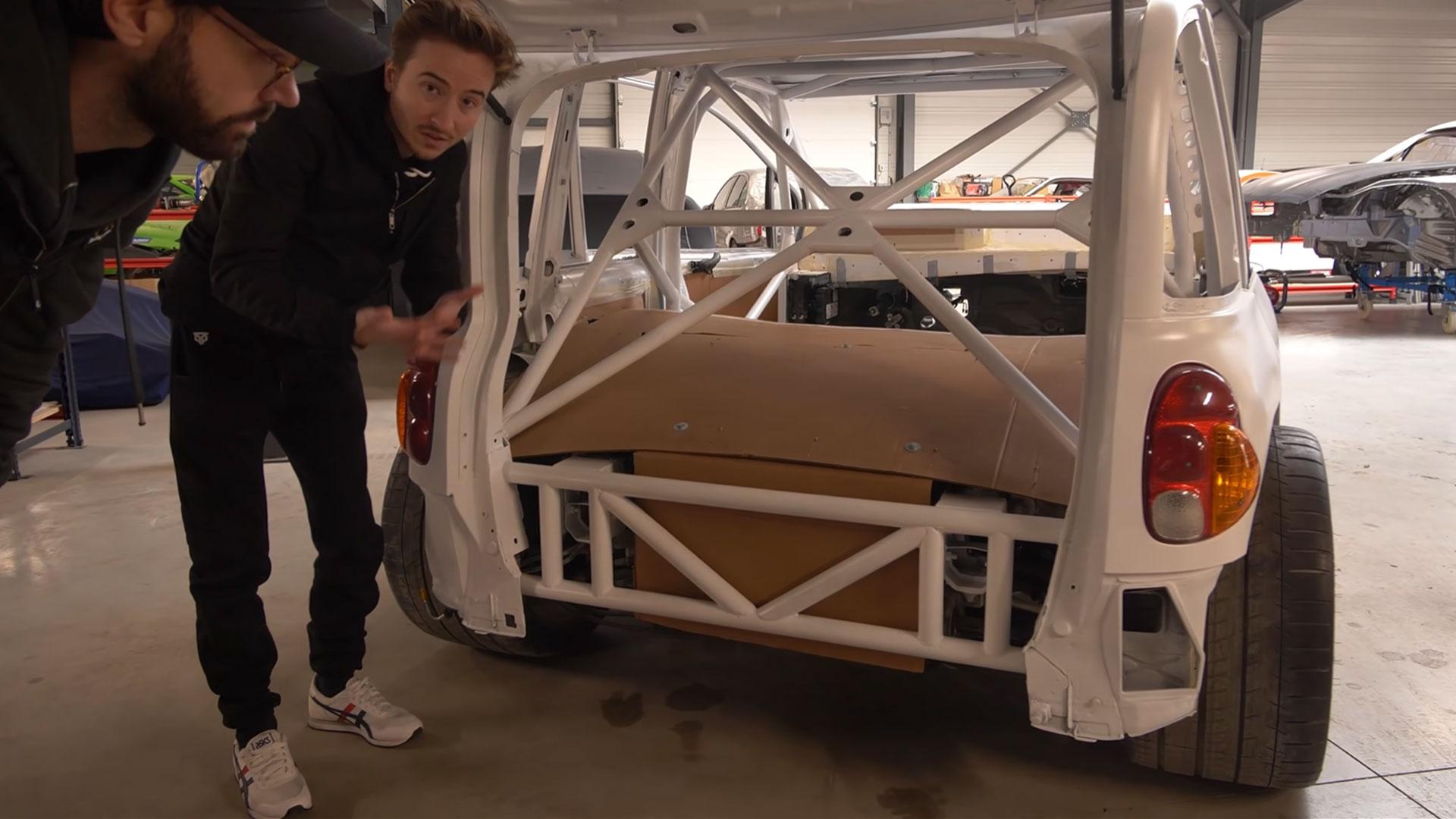 “Keep in mind that it took Volkswagen 10 years to make the Veyron, and we are going to take less than 9 years. And with 1 billion euros less’, that is the explanation why we haven’t heard anything about the ‘fastest Multipla in the world’ for quite some time. The project of a couple of French YouTubers raised a lot of money during a crowdfunding, but then it became quiet around the Fiat Multipla with 1,000 hp.

But luckily, there is still life. The rust brown Multipla has been stripped almost completely and an extensive roll cage has been welded into the body. The builders opted for Sabelt bucket seats and the racing wheel alone would be worth 8,000 euros. Velgenboer Works made a custom set for the Fiat Multipla with 1,000 hp. There is also a box of laughing gas injectors ready for the engine.

A body kit from Japan

The body kit is said to have been designed by ‘one of the gods of Japanese tuning’ and is now on its way to France. Maybe they got Liberty Walk this far. The body kit is not just for show, it offers space for parts that are normally not included in the Multipla. For example, more cooling would be needed for the engine. The wheels are also a lot wider under the body.

It is not entirely known where the power should come from exactly. Or we don’t speak French well enough, that’s also possible. Since a transmission tunnel has been built, we assume for a moment that the engine will remain in the front, although the cover at the back tells a different story. Earlier there was talk of an AMG V12, but these plans seem to have been switched for an LT4-V8 from the Chevrolet Corvette.