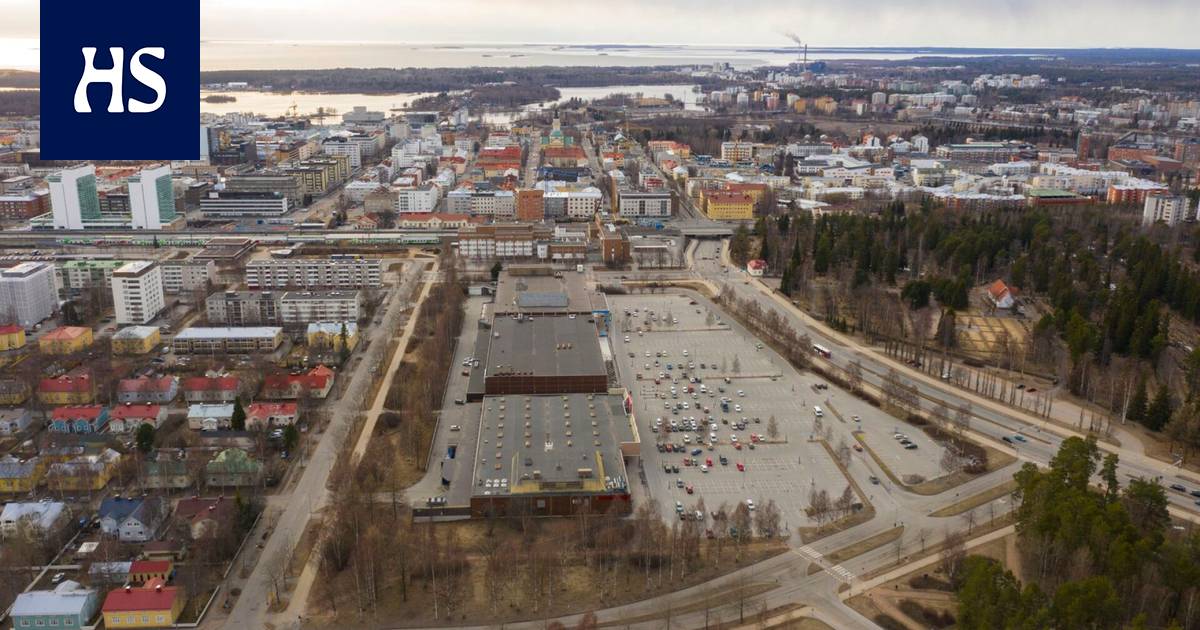 The university community destruction or a viable solution for the young people of the future?

The matter recently moved forward when the university board approved the transfer plan. Next, the project will launch an architectural competition and apply for permission to change the layout. It is decided by the city council.

The university is considered a piece of gold, a piece of vibrancy that is desired for one’s own neighbor. In Oulu, this is reflected in an internal quarrel in the city, with doubts about the pursuit of one’s own financial interests.

WITH A TRANSFER PROJECT there has been a large and loud group of opponents who will not be silenced until the matter is finally decided.

Opponents believe that the decentralization of the university will destroy the existing functioning community and make it more difficult to cooperate with technology companies in the Linnanmaa area. Nokia, which is still important to Oulu, recently announced that it will build new premises in Linnanmaa.

In the university’s plans, the Faculty of Humanities and the University of Oulu School of Economics, as well as the Faculty of Information and Electrical Engineering, would move to the new central campus.

In the survey, almost three out of four respondents were in favor of Linnanmaa on campus.

When the university’s humanities organizations surveyed their students in november, and the result was clear: nearly three out of four respondents were in favor of Linnanmaa on campus. Concerns were raised about maintaining the university’s multidisciplinary model, with faculties scattered across the city.

Chairman of the Humanities Guild Jere Laitinen says the majority of humanists are frustrated that no information has been received about the migration project. On campus, they want to stay in one place.

“The reason is that all faculties would be close to each other. If we were separate, there would be problems in terms of interdisciplinarity: would it be possible to take certain minors at all for schedule reasons, ”Laitinen ponders.

“Community opposition has not been ignored, and involvement in decision-making has been apparent, ”concludes the professor Olli Silvén.

He is one of the staff representatives who visibly criticized the project. As a professor of signal processing technology, Silvén is one of those whose new facilities may be found on the downtown campus in the future.

Silvén, who has worked hard on the blog in recent months, says he has received a “shocking amount” of email that is in part unpublishable.

“The most plausible expressions have been fraud and deception. People are angry. ”

According to the surveys, the majority of the university’s and polytechnic’s staff are in favor of developing the Linnanmaa campus. The University of Applied Sciences moved to Linnanmaa in the autumn of 2020.

The surveys were not conducted by the university but by associations representing teachers and researchers. The number of responses has been small compared to the total number of staff at the university.

University management assures that opponents have been consulted. Thousands of people have been able to participate in the planning in various working groups and seminars. Written surveys have also gathered insights into future space needs.

“Of course, we have also heard speeches against the project and looked at the arguments put forward,” said the chairman of the board Sakari Kallo, when the decision in favor of the central campus had been made.

“The study has been carried out with care and with the support of many skilled experts, so that decision-making can be based on the most accurate information possible.”

The result was put to the vote and the vote ended at 7-5.

Most of the facilities built in Linnanmaa in the early 1970s are near the end of their service life.

From the downtown campus According to Kallo, they support, among other things, cost savings.

See also  Good for the people of the Emirates

They would be tens of millions of euros over 20 years, as the rent level on the central campus will be lower than it would be on the renovated premises in Linnanmaa. Most of the facilities built in Linnanmaa in the early 1970s are near the end of their service life.

According to Kallo, it is worthwhile for the university to acquire premises that are visible in the street view of the city center and that are equipped for the working methods of future students. It’s a big attraction as the best students compete harder and harder from now on.

The competition for students is visible in universities so that they are now exploring a lot of attraction, reputation and what affects them. At the same time, it will be explored how students move and where to get applicants.

“The first criterion However, in the end, applicants have what they can find in the field of education they are interested in, ”says Unif, Chairman of the Rector’s Council of Finnish Universities, Rector of the University of Jyväskylä Keijo Hämäläinen.

According to Hämäläinen, the next city after the field of education is the city.

Campus, services and apartments – according to Hämäläinen, this triangle creates a combination that produces attraction in the eyes of students.

“You can not get everything. If the campus is in the city center, services are available but housing is often more expensive. ”

In Jyväskylä, the university campus is in the city center. In Hämäläinen’s opinion, it is an absolute resource. According to him, however, Jyväskylä lacks the possibility of a “business ecosystem” like Oulu.

“When we want to build a reputation, of course we want to put beautiful pictures of the campus and the restaurants next to it,” Hämäläinen admits.

Finland other major university cities also have a Downtown Campus. Admittedly, for example in Tampere the downtown campus is planned to be drastically reduced in the name of space savings.

The need for space behind the Oulu relocation project has also decreased. There is no longer a need for giant lecture halls in the style of years ago, but rather smaller meeting rooms.

“Facilities are still needed. Student nausea comes from a lack of social contact, and studying is not just about learning but about becoming part of the scientific and fellow community. It can’t just happen remotely, ”Hämäläinen emphasizes.

The center campus is intended to be a center of events that brings together university students, stakeholders and citizens.

In addition According to Hämäläinen, the clear trend is the desire of universities to be more present in society, to get closer to the citizens.

“We want the university to be visible in people’s daily lives. Spaces have been opened that have been used to make the city gates, hold events and bring them closer to the public. ”

The goal can also be found in the project plan in Oulu. The center campus is intended to be a center of events that brings together university students, stakeholders and citizens. The university library on campus is also thought to serve the entire city.

Opponents believe that citizens can be approached in Linnanmaa as well – this was only abandoned at the stage when the Animal Museum of the University of Oulu was closed four years ago. The museum attracted a large number of visitors.

Oulu the university was founded in 1958 and its offices were initially located in the downtown area. When more space was needed, a large campus was built outside the city.

The idea was that students would have everything they needed on campus and not necessarily have to leave it at all. Now the bike has turned to the starting point: the location is considered by many to be too remote, and students want access to downtown services.