Ukraine will hold military exercises simultaneously with Russia and Belarus 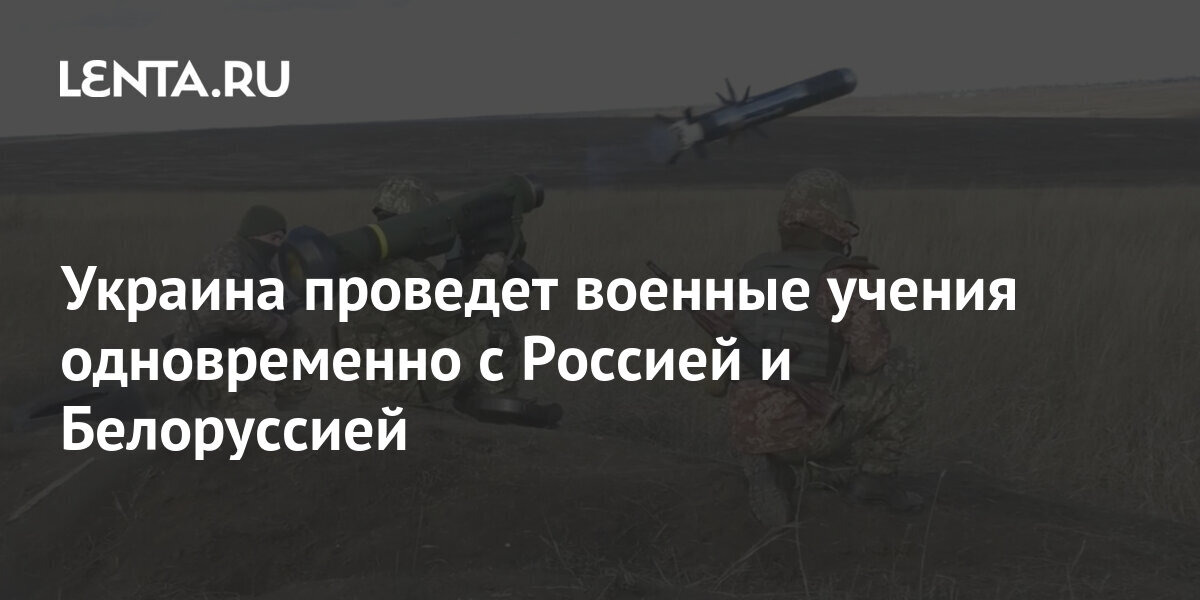 Ukraine, simultaneously with the joint exercises of Russia and Belarus “Allied Resolve-2022”, will conduct maneuvers using foreign weapons. This was announced by the Minister of Defense of the Republic Oleksiy Reznikov on the air of the talk show “Freedom of Speech” on the Ukrainian TV channel ICTV. The broadcast was posted on YouTube.

According to Reznikov, the military exercises of the Armed Forces of Ukraine (APU) will be held from February 10 to 20. During the maneuvers, Turkish reconnaissance and strike unmanned aerial vehicles (UAV) Bayraktar TB2, American anti-tank missile systems (ATGM) FGM-148 Javelin and British-supplied NLAW anti-tank grenade launchers will be used.

The head of the department noted that the exercises would be held at training grounds near Rivne, Kovel, Ovruch, Chernigov, Chuguev, Sumy, Odessa, Nikolaev and Kherson, as well as at separate sites.

Earlier it was reported that the joint Russian-Belarusian military exercises “Allied Resolve – 2022” will be held in two stages. Until February 9, the troops will arrive, unload and advance to the area where the tasks are to be carried out. The maneuvers themselves will take place from 10 to 20 February. As President of Belarus Alexander Lukashenko explained, as part of the second stage, the military will work out scenarios for confrontation with forces from Poland, the Baltic states and Ukraine.