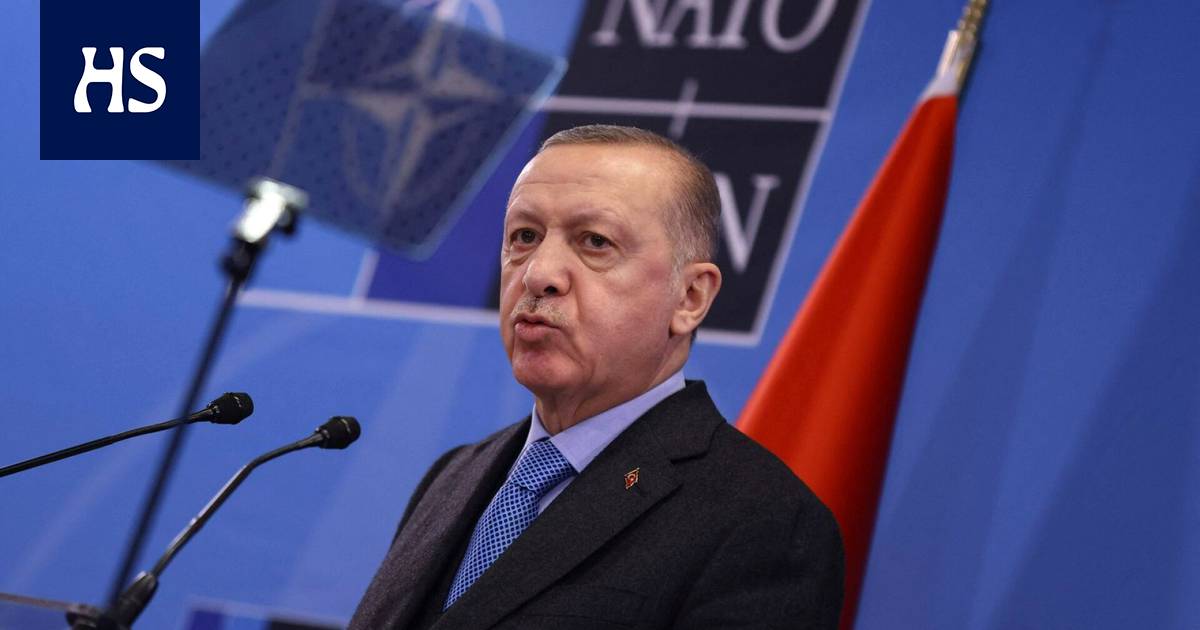 According to two extremist newspapers, Turkey should trade in the accession negotiations for the benefit of itself.

In Turkish a critical debate has begun in the media this weekend about possible NATO membership applications from Finland and Sweden, senior researcher at the Foreign Policy Institute Toni Alaranta says.

So far, according to Alaranta, the topic has not been much discussed in Turkish newspapers, although the NATO processes in Finland and Sweden have occasionally appeared in the news. To date, however, the majority of Turkish experts have not seen Finland’s and Sweden’s NATO membership as a topical issue.

According to Alaranta, it would now appear that there is a debate on the subject in the country.

Today Over the weekend, both left-wing neo-internationalism and Eurasianism newspaper Aydınlık and the Islamist newspaper Yeni Akit published articles discussing how Turkey should respond to Finland’s and Sweden’s possible applications for NATO membership.

See also  Pensions Explanation: Large differences between men's and women's pensions in different municipalities - In Kauniainen, the average pension for men is almost double that for women

According to Alaranta, the writings of both raised the suggestion that Turkey should trade in the accession negotiations, which could benefit itself. Among other things, the recognition of Northern Cyprus and the lifting of sanctions against Turkey were raised.

The possibility of preventing Finland and Sweden from joining NATO also appeared in the articles of both journals. This was justified by the fact that the accession of Finland and Sweden to the military alliance NATO could further escalate the crisis between Russia and Ukraine and thereby destabilize the security policy situation in the Black Sea.

Alarannan according to which too great conclusions should not be drawn from the texts.

“It’s noteworthy that these are both extremist magazines. At least in President Erdoğan’s actual ballot papers, similar conclusions have not yet appeared. So I wouldn’t be too worried yet, ”says Alaranta.

However, he said, it is good to note that the President of Turkey Recep Tayyip Erdoğanin Related parties include both neo-nationalists and Islamists, whose thinking may be influenced by newspapers that have now written about Finland and Sweden.

See also  War of Ukraine Ukrainian woman says: Man is fighting against Russia, but relatives of the man's mother do not believe that Russia has even attacked

“I do not think that Turkey will take any real veto or actively try to block the membership of Finland and Sweden, but it will very likely in the future communicate through its diplomats its own wishes, which it says should be taken into account if Finland and Sweden are accepted into NATO.” , Alaranta notes.

From here there have been indications in the past, although in official speeches Turkey has welcomed the NATO principle of open doors, and promised “sympathetic consideration”if Finland applies for NATO membership.

For example, the Turkish presidential office tweeted the president Sauli Niinistö Following a telephone conversation between Erdoğan and Turkey, Erdoğan expressed in the call his expectation that barriers to the export of munitions between Finland and Turkey would be removed.

Several diplomatic sources also estimated to HS in March that Turkey could use Finland’s NATO membership talks as a percussion weapon in both domestic and foreign policy to strengthen its own goals.

See also  Columns What adjective would you use to describe yourself? Juhani Mykkänen transcribed Finland's NATO job interview on tape.

“Turkey always makes such decisions based on its own interests,” a diplomatic source told HS at the time.

Read more: Would Finland’s road to NATO be a hotbed? One of the strongest countries in the military alliance may stand in the way of membership

Director of the Edam incubator in Istanbul Sinan Ülgen For its part, on Saturday, BTI estimated that Turkey might demand stronger political support from Finland in its accession negotiations for its own foreign policy goals.

Steam: the ranking of the best-selling games and hardware at the beginning of May 2022