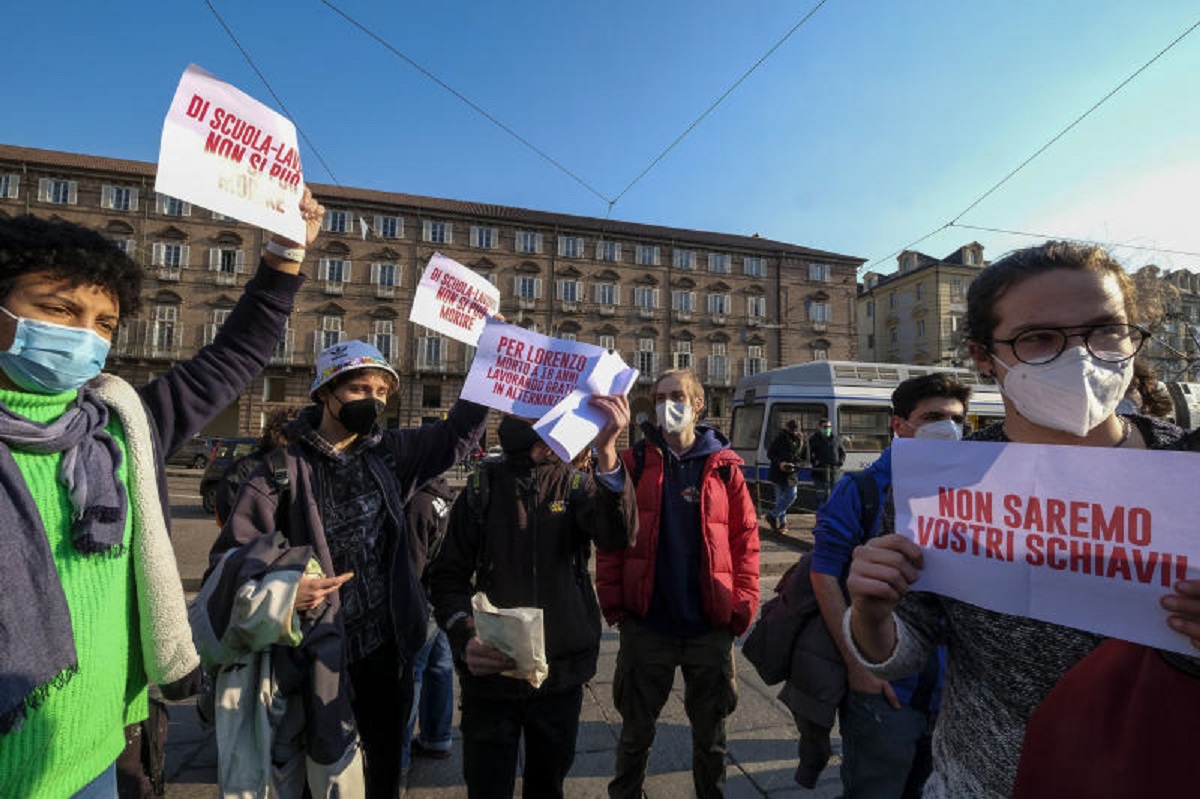 Assault by students at Confindustria during the protests in Turin

This morning in Turin the procession of students attempted the assault on the headquarters of the Industrialists’ Union. During the offensive they remained six carabinieri and a police officer were injured, for a total of seven people. Some demonstrators, armed with stones and sticks, broke away from the procession and forced the gate of the building in via Vela. Meanwhile, the students left after a brief assembly in front of the MIUR offices in Corso Vittorio.

According to the organizers of the events held in various cities, including Turin, Milan, Rome and Naples, today 200,000 students took to the streets, sending out an extraordinary signal. “The new generations have given a shock to the whole country by breaking the toy of national unity of the Draghi government”, says Lorenzo Lang, national secretary of the Communist Youth Front (FGC), one of the promoters of the protests.

The student protests are intended to bring a very clear question to political attention: “The school-work alternation system is made up of exploitation, the absence of rights and security. It has to stop, did you have to wait for the dead to figure it out? You cannot bend teaching to the needs of businesses, you cannot continue with the school-company model. There is a generation that has understood that its future will be one of precariousness, exploitation, lack of rights and is not willing to accept it without giving battle “, continues Lang.

In conclusion, he stated: “Lorenzo Parelli and Giuseppe Lenoci are victims of an Italy in which three workers die every day, and in which it was decided to send students to work for free under the same conditions. Let’s tear and set fire to the symbols of Confindustria because we know who wanted a school modeled on the interests of the bosses “.

Students in the square in Milan: no to school-work alternation

School demonstration, students in the square in Rome: “You can’t die like this”

School, the States General in Rome are underway. Protest students from all over Italy