The Thinking Workshops in Dakar are consolidated as a historic event 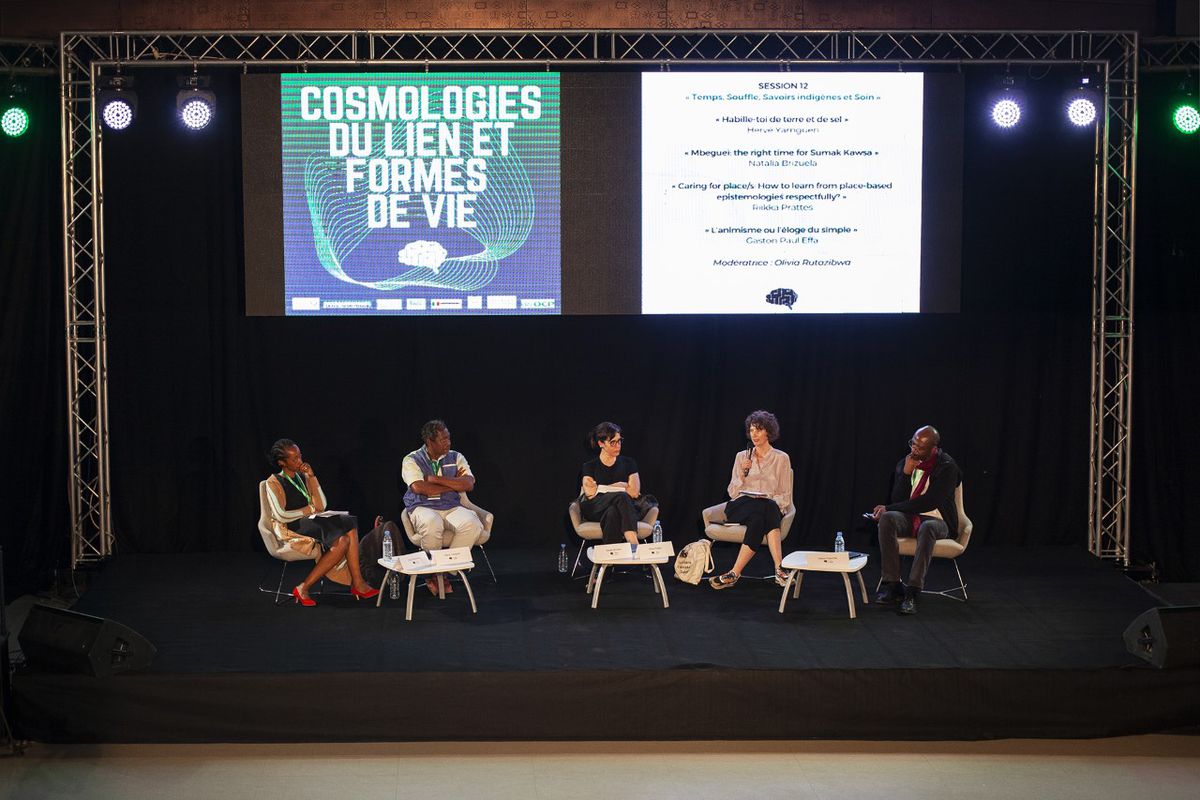 The penultimate time that Felwine Sarr and Achille Mbembe brought together prominent African intellectuals in Dakar, on the occasion of the Thought Workshops (The Ateliers of the Pensée), the world was about to experience the covid-19 pandemic. Nobody was prepared for such a commotion, but the thematic line of that third edition, held at the end of November 2019, was prescient. Guided by the title Fluctuation of the worlds and practices of devulnerability, the interventions announced the challenges that humanity faces in a time marked by the action of man on the environment and living beings. “We knew something was going to happen, but not that it would be a pandemic,” explains the Senegalese economist, writer and musician Felwine Sarr.

Sarr is the founder of the Workshops together with the Cameroonian historian and philosopher Achille Mbembe. These are two names that practically do not require an introduction, with reference works and publications in recent decades such as Afrotopia (Ed. Cataract) of the first, or Criticism of black reason (Ed. Ned) of the second. Since its creation in 2016, the first objective of these meetings, which have just closed their fourth edition in Dakar, has been to take the initiative so that Africans are authors and not recipients of Western theories on all areas of knowledge. “This is a platform to take charge of our destinies and the future of the whole world,” in Mbembe’s own words. With this logic, the event always brings together prominent figures from horizons as varied as economics, philosophy, literature and contemporary art, among many others, and originating from increasingly wider geographical spaces.

As the Rwandan actress and playwright Carole Karemera explained, “the Workshops are a new territory, created from the different territories from which each of us have come, hence their richness”. A wealth that translates into an impressive convening power. Suffice it to show the closing session at the symbolic Museum of Black Civilizations in Dakar, which lasted until almost three in the morning. More than 300 people warmly applauded the culmination of these four days of intense debates spread over 14 panels, with the participation of 46 speakers. Researchers, artists and other attendees have followed in person and virtually this event, which today has been consolidated in a biannual format as an essential appointment to think about the future of the world from other non-dominant paradigms.

While the 2016 and 2017 editions focused on studying the problems of the continent from the African perspective, the 2019 and 2022 calls begin to analyze the current challenges of humanity, but from a different center, be it Africa or other spaces not Westerners.

with the title Bond cosmologies and life forms, this latest edition reacts to the isolation measures and the closure of borders adopted by public authorities in the face of the threat of covid-19. Instead of separating, the answer is to forge links, repair from within our societies, but also, as Sarr insists, “renewing ties with living beings.” And leaving the human monologue “to propose a dialogue with the non-human other”, as the philosopher Sévèrine Kodjo-Grandvaux recalled, who focused her interventions on the need to be in harmony with the resonances and vibrations of the universe.

In the current context of climatic urgency, the Workshops gave an important space to the ecological question. This was the case of the table on ecofeminism, in which the environmentalist Isabelle Delannoy shared her experiences in what she has dubbed the “symbiotic economy”, a proposal for a radical economy based on the symbiosis between human intelligence, the power of ecosystems nature and the technosphere. This would be capable of promoting “regenerative” growth, in a spiral, “that consumes and produces resources at the same time, such as permaculture or even social networks, and that can be passed on a larger scale.” Delannoy refuses to think of her proposal as a utopia: “it is a trans-utopia, because it is already being done on a small scale all over the world”. Other forms of economy, more comprehensive and respectful, are possible, Sarr recalled, inviting us to review the Shadow Report on Africa 2021.

In order not to be left alone in a praise of ties, different papers have also analyzed the toxicity of some relationships. The community, that concept so simplified when talking about Africa, does not always work in a balanced way. As the Cameroonian political scientist Nadine Machikou analyzed, “the absence of the State means that the pressure of redistribution falls exclusively on those people who only have a little more than the others.” The Ivorian poet Tanella Boni has gone further, stating that in many societies “there is no will to see individuals”.

Another of the fantasies of the imaginary towards Africa is the role of women and the sacralization of their fertility, which the sociologist Fatou Sow has taken it upon herself to question. “At what price? We women have more things to do than give birth!” snapped the Senegalese, to explain that the obligation of care, which falls almost exclusively on women, is an unaffordable weight.

Ecology has also been the subject of debate and clarification. “The Western vision is reproducing relations of domination,” said Kodjo-Grandvaux, giving the example of electric cars in France, whose energy comes from nuclear power plants supplied with uranium from Niger. “You cannot have an ecological vision without criticizing what colonial thought associated with nature, with the wild” argued the environmental engineer and political scientist Malcom Ferdinand. It has also been him, originally from Martinique, who has put on the table another great relationship worth rethinking: “the great abyss” between the black African communities of the Caribbean and the inhabitants of the continent: “perhaps it is time to close this wound”.

In coherence with the decolonial idea of ​​redirecting the production of knowledge to other non-Western spaces, the fourth edition of the Workshops has integrated the “cosmologies” of Latin America. It has counted, for example, on the participation of the Argentine Natalia Brizuela, who has developed the notion of time through indigenous languages.

A nod to Latin America has also been the round table that explored practices associated with the notions of “cimarrón, zomia or quilombo”, that is, the strategies and ways of life that black African communities set up in some places in America to escape of slavery. Inspired by these experiences of escape and search for freedom, Dėnètem Touam Bona defended those actions “that can only be carried out in the chiaroscuro of the forest”, as a metaphor for those “clandestine shelters, not necessarily hospitable, but protective”, which since resistance must be constituted, in a context of hypervisibility fostered by virtual social platforms.

“The scientific community agrees that, to date, Physics has managed to explain 4.8% of the phenomena that surround us”, recalled the Franco-Congolese writer Wilfried N’Sondé. With what tools to understand the world, where science is not capable of providing answers? “In imagination, spirituality, poetry and dreams, which are the ingredients of fiction”, he proposed. In this sense, ancestral knowledge and indigenous relationship forms are a source of knowledge to return to.

The truth is that the Thought Workshops are frequently criticized for “intellectual snobbery” for using an academic language that is not very accessible and for being comfortably installed in a gesture understood as passive, instead of acting to materialize the changes they advocate. Mbembe defended in the closing the need to “relocate thought at the heart of life” and to “get out of the false dilemma that separates activity from thought.” Nadine Machikou clarified: “the experience of each of the times I have attended the Workshops has been decisive in my later reflection”. But they also constitute “a safe place”, as Maboula Soumahoro claimed; a necessary space, difficult to find in the diaspora from which the Franco-Ivorian academic works.

Despite the criticism, the influence of the Workshops materializes in various ways. “I don’t thank you for organizing the Workshops, I demand it of you: you are doing neither more nor less than what you should do”. This is how activist Fadel Barro, speaker at this latest edition, questioned the organisers, confessing that his political project for the commune of Kaolak (Senegal), called Jammi Gox Yi (the peace of the territory, in Wolof), draws on the ideas of previous editions and the theoretical impulse of Felwine Sarr.

With the desire to further develop the work of the Workshops, Achille Mbembe and Felwine Sarr have expanded the activity in their Doctoral School, an international platform created in 2018, designed to welcome a new generation of researchers from around the world, especially from Africa and its diaspora, delving into the idea of ​​​​operating an “intellectual reconstruction of the continent”, according to Mbembe. Another ongoing project, the Manufacture de Souzain the town of the same name on the coast of Cameroon, intends to apply in a practical way some of the proposals presented in the Workshops, experimenting with other models of economy and society in the territory.

Trying to transcend the idea of ​​the only validity of rational knowledge, Los Talleres integrate artistic practices as a way of understanding the world. Along with panels and debates, the photographic exhibition Muzungu Tribes by Burundian Teddy Mazina, the screening of the documentary The unmarked graves by the Cambodian Rithy Panh, a musical show in the middle of the Medina neighborhood, or the performances of two great references in contemporary dance, the Congolese Faustin Linyekula and the Nigerian Qudus Onikeku. Or the small improvised dance class from the panel by choreographer Germaine Acogny, founder of the famous École de Sables in Senegal. “In 76 years, it is the first time that someone invites me to an event to think”, the legendary Congolese musician Ray Lema joked during the closing, just after sharing with the public i thought 22 (thought 22), a delicious musical composition of 1 minute and 11 seconds exactly, specially composed for the occasion.

Beyond the intellectual reflection, there were moments of shared emotion between speakers and audience. Laughter, applause, tears, anger, dances or rituals have been present in the four days, generating as Sarr defined “the community of Los Talleres”. The event has the vocation to make history, influence different disciplines and create new ideas, both inside and outside the African borders. At the next appointment, in two years, what was sown in this edition will have germinated. 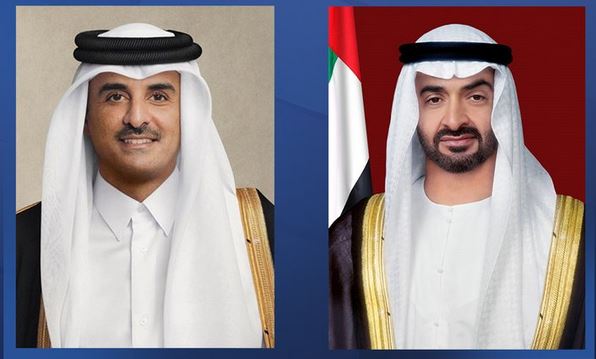 The Ukrainian town of Shevchenkove searches for its mayor, kidnapped by the Russians