The first corona intensive care patients could be relocated today

In order to prevent excessive demands in hospitals, it should be possible to easily move patients to neighboring federal states. Thuringia could start today.

Erfurt – The relocation of the first corona intensive care patients from Thuringia to Northern Germany could start on Thursday.

A total of ten patients from the Free State are currently planned for this, said a spokeswoman for the Ministry of the Interior of Saxony-Anhalt, to which the coordination of the Kleeblatt Ost is docked. The specific point in time is currently being planned and coordinated. “If necessary, the relocation will start on Thursday,” it said. It would be the first nationwide relocations in the fourth corona wave.

The sick would be relocated to the northern clover, probably to Lower Saxony, the spokeswoman said. According to a report in the “Hannoversche Allgemeine Zeitung”, the Siloah Clinic in Hanover wants to admit three patients.

This is how the shamrock system works

The cloverleaf system was introduced against the background of the first Corona wave in 2020. The idea: In order to avoid excessive demands in individual hospitals, it should be possible to easily move patients within a clover leaf, to which neighboring federal states still belong. If that is no longer possible, nationwide relocations should be possible. Together with Bremen, Hamburg, Schleswig-Holstein and Mecklenburg-Western Pomerania, Lower Saxony forms the northern clover leaf. A spokeswoman for the Thuringian Ministry of Health had named Schleswig-Holstein as the destination in the afternoon.

The ten registered sick are all about Covid cases, said the spokeswoman from Saxony-Anhalt. Saxony has also already registered a need to relocate around two dozen patients. Saxony-Anhalt, on the other hand, will not yet transfer any patients supraregionally, but cannot currently accept anyone from outside either. Around 50 sick people could also be transferred from Bavaria in the next few days.

Klinikum Zwickau imposes a visit freeze due to corona exposure

More and more hospitals in Saxony are imposing a visitor stop due to the increasing number of corona infections – from Friday also the Paracelsus Klinik Zwickau. “In order to be able to continue to offer the best possible health care for the region and all people with health problems, we have to protect our employees and our patients as well as possible,” said clinic manager Uta Ranke on Thursday.

Klinikum Zwickau imposes a visit freeze due to corona exposure

Even in earlier corona waves, Thuringia was dependent on the help of other federal states for intensive medical care for seriously ill people. Will that be repeated this year? 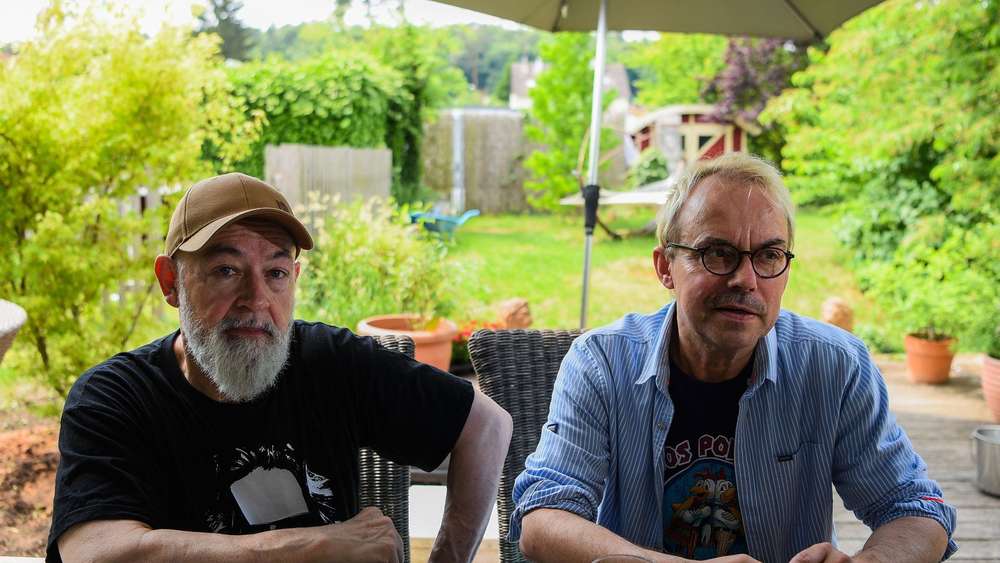 After almost 40 years of comedy together, Badesalz released the twelfth CD. On “Radio Badesalz Vol. 1” there is the typical humor of the artist duo in Hessian dialect. Corona deliberately leave out Nachtsheim and Knebel.

Thuringia, Saxony, Saxony-Anhalt, Brandenburg and Berlin are organized in the Kleeblatt Ost. Together with Bavaria, which forms the clover leaf south, they activated the clover leaf system on Tuesday. This enables patient transfers to be carried out nationwide. The federal government, federal states and experts from the Robert Koch Institute then coordinate which federal state still has capacities, which hospital the patients should ideally go to and which transport options are available. dpa

Daredevil's possible appearance in No Way Home is leaked

Young people feel guilt, sadness and anxiety about the future of the climate

Bottas and the start: “I tried to give Hamilton a wake” | FormulaPassion.it