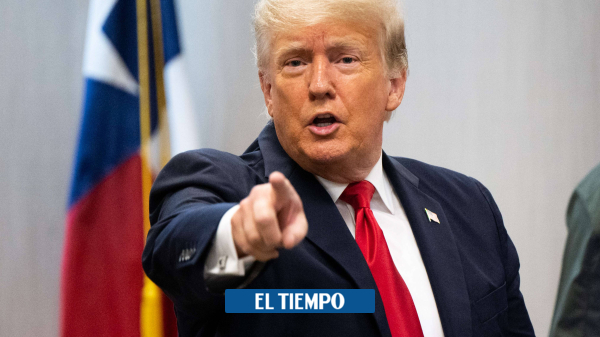 former US president Donald Trump believes that those responsible for the assault on the Capitol were “intelligent” because, according to his version, “they knew how to see the fix” of the 2020 elections, which ended up being won by Joe Biden.

This is how he summarized what happened on January 6, 2021 in one of the interviews he gave exclusively for the documentary “Unprecedented” which, as Discovery+ announced on Wednesday on social networks, will premiere this Sunday.

(He is interested: “Trump knew there was a risk of violence on Capitol Hill,” according to the Committee)

“People flocked to Washington because they were angry at the results of an election they thought was rigged.Trump continued in one of the summary videos that the streaming platform published after revealing the release date.

In addition, during the recordings that are part of the docuseries, the former president defined himself as a person who “treats people well”, unless they do the same because “in that case, we go to war”. .

“Unprecented” is a production directed by Alex Holder that consists of three chapters and promises to show former President Trump “without filters” during the election campaign and inside the White House, but also in a more relaxed atmosphere inside his residence in Mar-A-Lago (Florida, southeastern US).

Pro-Trump protesters occupy the west front grounds of the US Capitol, including the opening stage and observation decks, in Washington, DC, USA, January 6, 2021

His daughter, Ivanka Trump; her son-in-law, Jared Kushner; and his sons, Donald Trump Jr. and Eric Trump, are some of the more familiar faces who also offer his insight into the impact of the Trump Administration on American politics.

Discovery+ announced in June that it had bought the rights to “Unprecedented” from AJH Films, a production company owned by Holder, but had not set a definitive release date.

The information to which Holder had access for the making of the documentary is so sensitive that the US Congress commission investigating the assault on the Capitol decided to summon him and review the audiovisual material he had filmed.

– Peru: relatives of Castillo, called to testify for ‘acts of corruption’
– China: diesel consumption rises to pre-pandemic level
– Shooting in Illinois: author was dressed as a woman to avoid suspicion